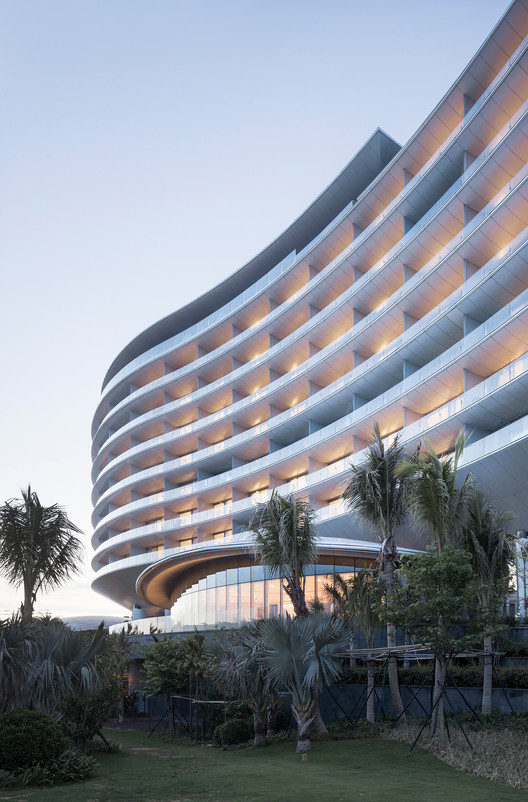 From the architect. The project is located at the most east end of the Clear Water Bay, Lingshui County of Hainan. Blue sky and sea, white sand constitute superior natural landscape of the base. Over the past years, increasing newly-built five-star hotels in Hainan have intensified the competition. Thus, to stand out among the hotels with its own characteristics become the core task for this design.

Instead of traditional Southeast Asian architectural style for hotels in tropical areas, the designers have creatively targeted at the unique style of modern relaxing hotel which also boasts seaside resort atmosphere. During the process of design, discarding the common practice of facing the architectures to the sea and enclosing a garden for most resort hotels, the designers have originally adopted a simple curve, making almost all guest rooms face directly the sea. For this, the hotel management company has spoken highly of it, saying that it is the five-star hotel making best use of Hainan seascape. Based on that and in combination of the local Hainan climatic environment---sea wind, the designers have further lifted the curve to 8m from the ground, forming a channel through which sea wind may blow.

Besides creating various functional regions, it also provides with favorable natural climate. The long gray space has not only become a main circulation line within the hotel, but also enabled various functional spaces to form independent courtyards. For example courtyards for meeting room, Chinese cuisine restaurant and spa. Users can enjoy the facilities of large hotels as well as fun of small hotels.

The courtyards are independent from each while connected to each other and integrated with the upside colossal “floating” 400 guest rooms, making another highlight of the hotel design. Meanwhile, the “floating” guest rooms have rendered access to seascape to more functional spaces. For example, on the lobby and lawn of the banquet hall, you can freely appreciate the close relations of the Monkey Island and the sea level. Both vertically and horizontally, views from the main functional spaces to the sea are not interfering with each other, and thus a maximized horizon is formed. It is another reason for the hotel management company’s appreciation.

Fresh and comfortable sea wind in Hainan can be wild in typhoon seasons. To maintain normal operation in such seasons, almost all importance spaces of the hotel are equipped with outer wall doors and windows that can be opened and closed. In sunny days, these glass outer walls can be completely opened and that quiet seat zone instantly becomes a part of the exterior space.

The strong sunlight brings Hainan bright sky and white beach, with which the color design of the architecture echoes. The pearly luster on the aluminum sheet of the outer wall presenting various glosses under sunlight of different time, together with the graceful horizontal line of the architecture and the transparent light glasses, has made the architecture of this size flow when observed at a distance. Maybe only designers know that it is actually solid and stable clean steel structure. 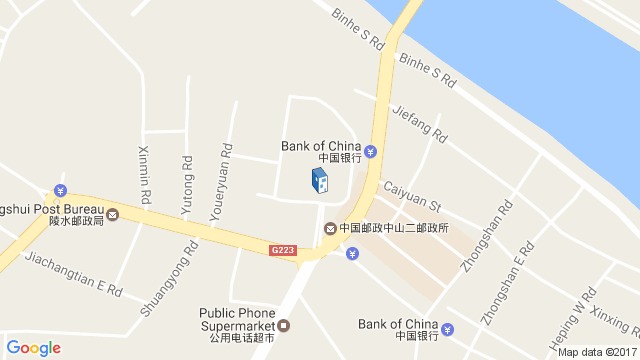