A diversity of approaches and locales is the calling card of Argentina-born, America-based architect César Pelli (October 12, 1926-July 19,2019). The common thread of Pelli’s work is a strong sensitivity to place and environment. Beginning his solo career with the Pacific Design Center (1975) in Los Angeles and shifting through the World Financial Center (1988) (now Brookfield Place) in New York, to the Petronas Towers (1996) in Kuala Lumpur, Malaysia, and the now-under-construction, Transbay Transit Center and Salesforce Tower in San Francisco, each project is a unique response to context. 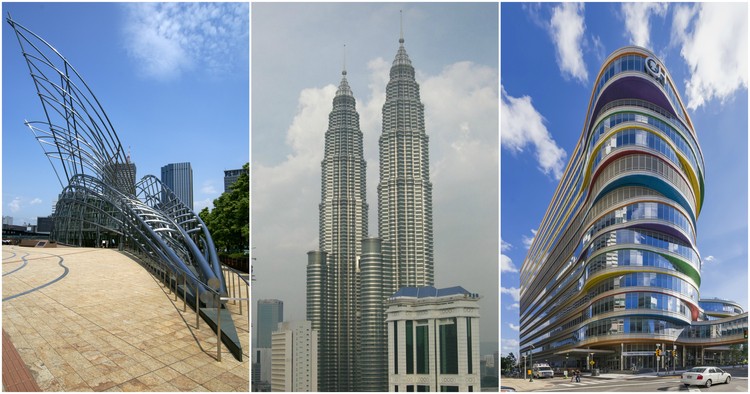 "Cities,” said Pelli, “are our most important responsibility. They are the whole of which our buildings are the parts. Making a building one with its place has been a constant goal of architecture throughout the ages. Technological and cultural changes have weakened this relationship, and it is the responsibility of each one of us today to consider it in our work."

César Pelli was born in Tucumán, Argentina, on October 12, 1926. His father was a municipal civil servant and his mother a teacher. The architect completed his undergraduate studies at the National University of Tucumán; in Argentina students complete high school and would immediately take up their professional focus. Unsure of what he wished to study, Pelli happened on a description of the architecture curriculum—drawing, history, painting, mathematics, art—all things he was good at, and felt immediately drawn to the field. Taking a job with the university after graduating, Pelli also led the design department of a state organization and was successful in designing low-cost housing with ample space.

Marrying and emigrating to the United States, Pelli received his Master's degree from the University of Illinois, School of Architecture at Urbana-Champaign. Recognizing the prospect of a budding talent, a professor arranged for Pelli to work for Eero Saarinen, where he would work on notable projects such as the Trans World Airlines Terminal at John F. Kennedy Airport (1962) and the Ezra Stiles and Samuel Morse Colleges (1962, renovated by Kieran Timberlake in 2011) at Yale University. These early designs would prove prescient for an architect interested in publicness, materiality and formal expressions.

Pelli then became design director at Daniel, Mann, Johnson Mendenhall (DMJM) in Los Angeles, where his design for Sunset Mountain Park Urban Nucleus (1965) emerged from the crest of hill like a ziggurat carved out of the land. In 1968, Pelli moved on to Gruen Associates, where he was a Partner of Design. Advancing methods for steel and glass construction, notable projects at Gruen include the San Bernardino City Hall (1972) and the Commons and Courthouse Center (1973) in Columbus, Indiana.

On the verge of establishing his own firm and becoming head of architecture at UCLA, Pelli was instead offered the deanship at Yale School of Architecture, a position he held from 1977-1984 in New Haven, where Pelli Clarke Pelli is still based.

In 1995, Pelli was honored by the American Institute of Architects (AIA) with the prestigious Gold Medal Award. In 2004, he received the Aga Khan Award in Architecture for the Petronas Towers, and their harmony with Islamic culture in Malaysia. Pelli was honored with Cemex's Life and Work Award in 2006, and in 2012, the Konex de Brillante Award, the Konex Foundation distinction for being the most relevant figure in the visual arts of Argentina over the past decade.

Pelli sees each project as, “[a] unique condition that requires a separate act of creation. It’s the coincidence of all of the information we receive and my feelings at that moment—they come together.” Two overarching principles are “spines” for buildings with horizontality, and implied social function, and “centrality”—a connection between earth and heaven—for buildings that are predominantly vertical. A prominence of outdoor and open spaces, such as the Winter Garden and exterior plaza of the World Financial Center, is a tribute to the architect’s Argentine heritage and a greater prominence of such spaces in Latin America. During the 1990s, Pelli’s work evolved with the use of glass, metal and thin stone veneers, which some equate to a “tent-like appearance,” particularly visible in the Petronas Towers, although they are also linked to the Islamic forms of Southeast Asia.

Pelli doesn’t see himself as having a signature but instead has preferences: orientations, materials, and colors. “Design for me is not a single idea that comes complete in your mind, not like Athena born with her armor; it is more like a plant. You start with a small plant and you allow it to grow,” he says.

See all of César Pelli's work featured on ArchDaily via the thumbnails below, and more coverage of his work below those: 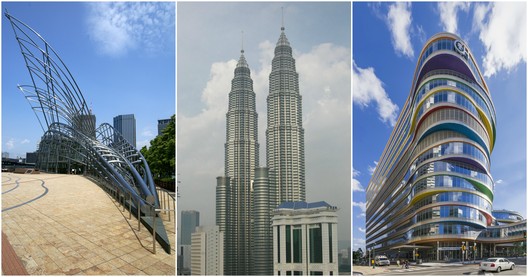