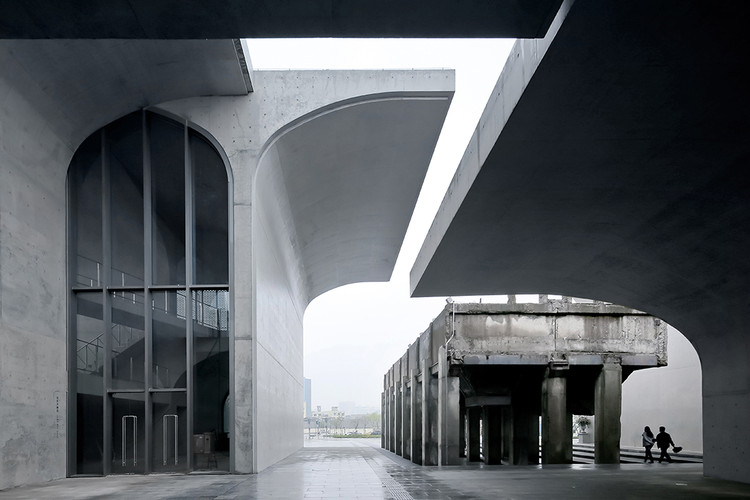 Text description provided by the architects. Long Museum West Bund is located at the bank of Huangpu River, Xuhui District, Shanghai Municipality, the site of which was used as the wharf for coal transportation. Before the commencement of the design, a Coal-Hopper-Unloading-Bridge of about 110m in length, 10m in width and 8m in height, which was constructed in the 1950s, is remained with two-storey underground parking completed as early as two years ago.

Such structure cannot only shield the human body in conformation, moreover, the building’s internal space can also represent a kind of primordial and tameless charm while the spatial dimension, large or small, and the as-cast-finish concrete surface with the seam among molding boards and the bolt holes bring a sense of reality as well. The directness and simplicity resulting from this “literal” structure, material and space plus the sense of force or lightness because of large-scale overhanging style enable the overall building’s continuation of the industrial property of the original site, not only in time but in space.

The flowing exhibition space under the overground as-cast-finish concrete “vault-umbrella” and the “white box” exhibition space on the first underground floor are connected with spiral ladders downward. The parallel tensility highlighting the space, primordial but realistic, and the art exhibition from the ancient, modern and contemporary periods, has displayed an exhibition space featuring the temporality.

This project was originally published on October 08, 2014 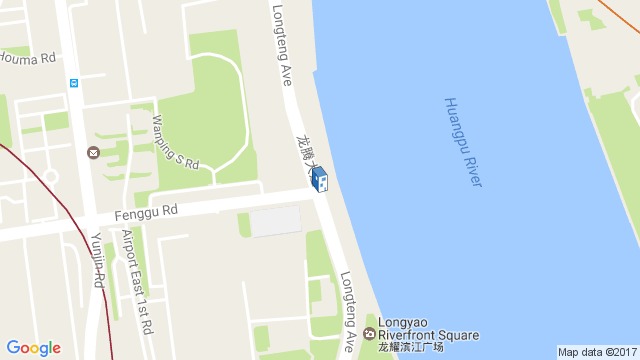 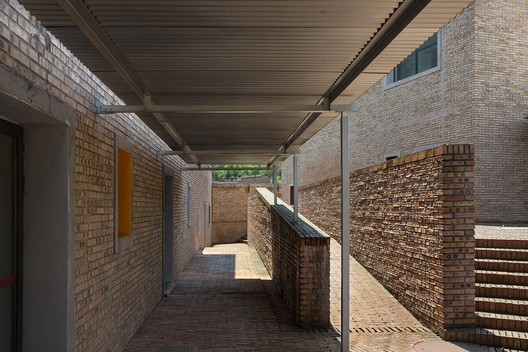 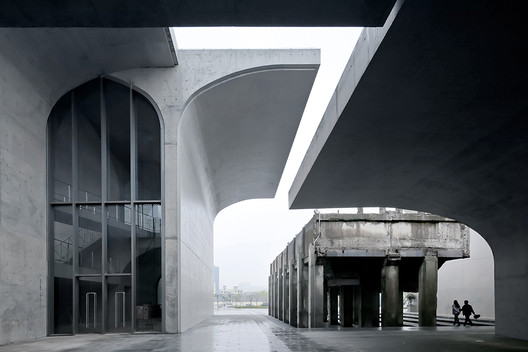