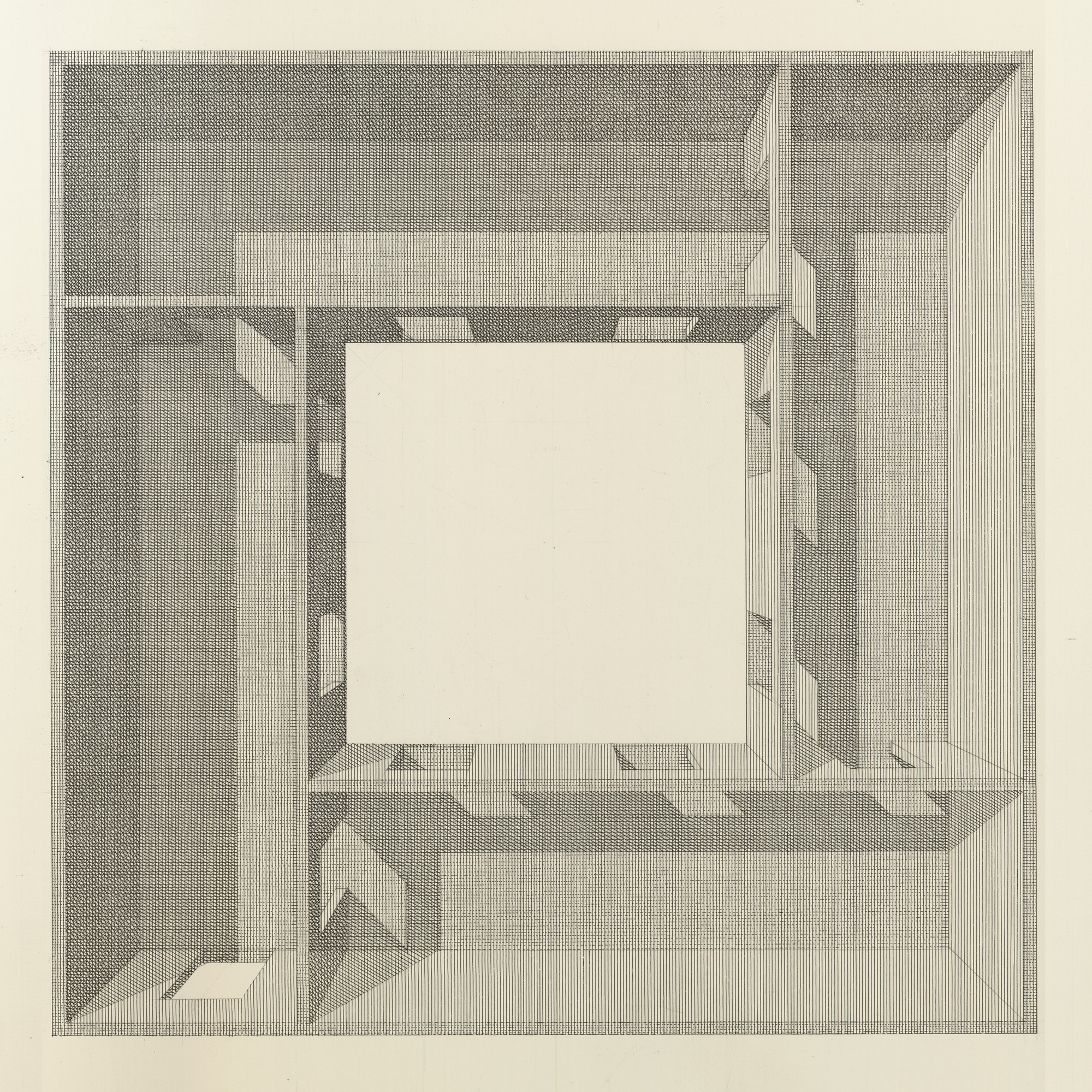 Aureli has reinterpreted these references to art history through the creation of a set of drawings whose ordering principle, as far as possible, "tries to deny all forms of subjective choice." Each drawing begins as an exercise in constraint: starting with a 50 x 50cm piece of paper. Aureli then draws in pencil and ink the schematic outline of a building plan without any specific programme. The drawing has to start with the simplest geometrical form (typically a square), and then continues to work out its further articulation from the logic of this initial form. The rules of the game are such that the organisation of plans and elevations must be the logical consequence of this first step. Similarly, all proportions, symmetries and internal relationships must also follow the originating form.

The title Aureli has given to the series – The Marriage of Reason and Squalor – is also a reference to one of the strip paintings produced by Frank Stella in 1959 which, alongside canonic works like The Black Square by Kazimir Malevich and the zip paintings by Barnet Newman, has been cited by Yve-Alain Bois as "further exemplars of the non-compositional." According to Marie Coulon, director of the Betts Project, "Aureli has long been fascinated not only by the ideologies of these works, but their material and physical forms. To him, they evoke both the abstract motifs of various ancient buildings, and the generic character of more recent, and anonymous industrial architecture."