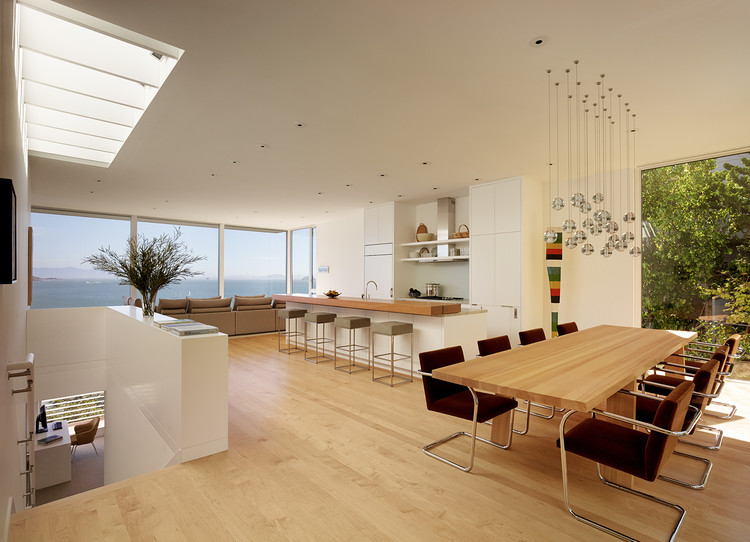 Text description provided by the architects. Turnbull Griffin Haesloop transformed this two-unit 1940s ranch-style building into a serene, single-family retreat that captures sweeping views of San Francisco Bay. Perched on a steeply sloping hillside in Sausalito, the house is nearly invisible from the street.

We replaced the original aggregation of roof shapes on the upper level with a simple, light-filled building volume. A cascading series of garden terraces creates an inviting entry sequence along the north side, allowing the original front-yard to be developed as a private garden.

Inside, floor to ceiling windows and generous ceiling heights allow the living spaces to flow uninterrupted from the lush backdrop of the hillside garden, to the broad panorama of the bay. As a result, the soaring view is grounded by a strong connection to the land.