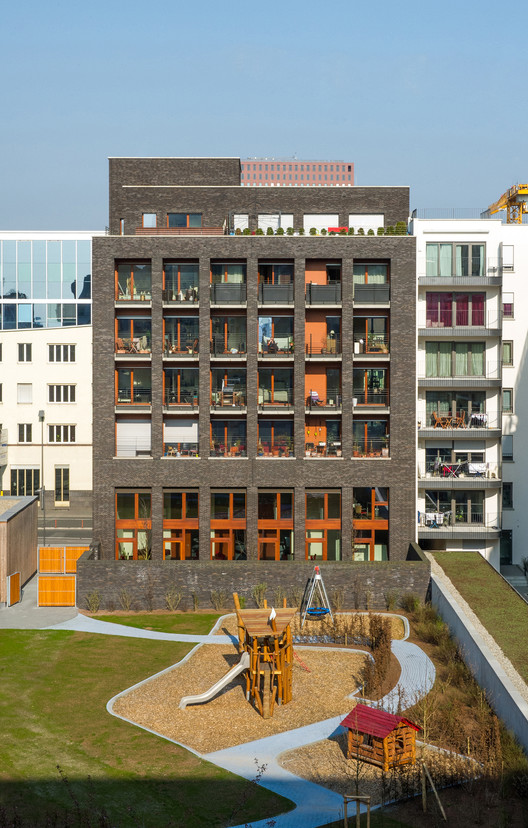 Text description provided by the architects. The Western Harbour – located in the south-western not far from Frankfurt’s city centre and ten minutes to walk from the main train station - was until recently an unattractive “non-place”: a 124,000 square meter area with an elongated offshore jetty lost its importance and function as a trading centre because the logistic of transportation of goods was shifted from water to rails and streets. The storage buildings - mostly inconsequential post-war architecture - dilapidated, have been used as a warehouse for carpet dealers and carriers and a concrete mixing factory was sooting.

The conversion of this urban area started in 1993 under the headline “living and working by the river” to create a mixed used area with offices and bars for over 2.000 residents. On one of the last free plots the residential house with a congregation centre was completed in 2012 and brings the conversion of the “Westhafen” finally to an end.

The duality of the different uses is expressed in three completely different façades and avoids a classic appearance of a church building. The house appears to street as an urban residential house, with the entrance to the 14 OAP-suitable apartments in the upper floors and the entrance underground car park.

To the courtyard the house opens with continuous loggias along the living rooms. Only the north façade with its clinker profiled entrance provides associations to a church building. A multifunctional hall with a small protected courtyard and offices of the congregation centre in the second floor offers a forum for all people of the new district. 1- to 3- rooms apartments are barrier-free built and rented especially to older people.

Through the use of high-quality construction materials and insulation, which go beyond the requirements of the German Energy Savings Ordinance, it can be built by preserving resources. Durable materials like the clinker and the eucalyptus wood for windows offer a high quality and lasting. 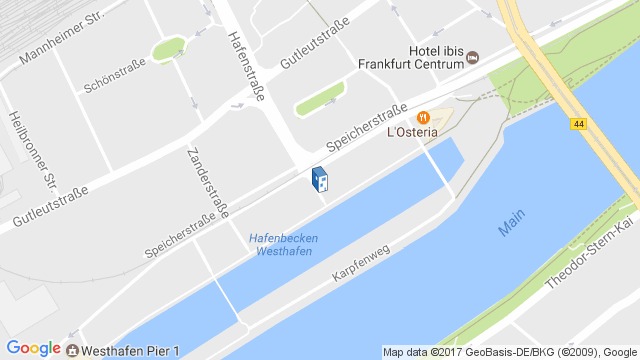