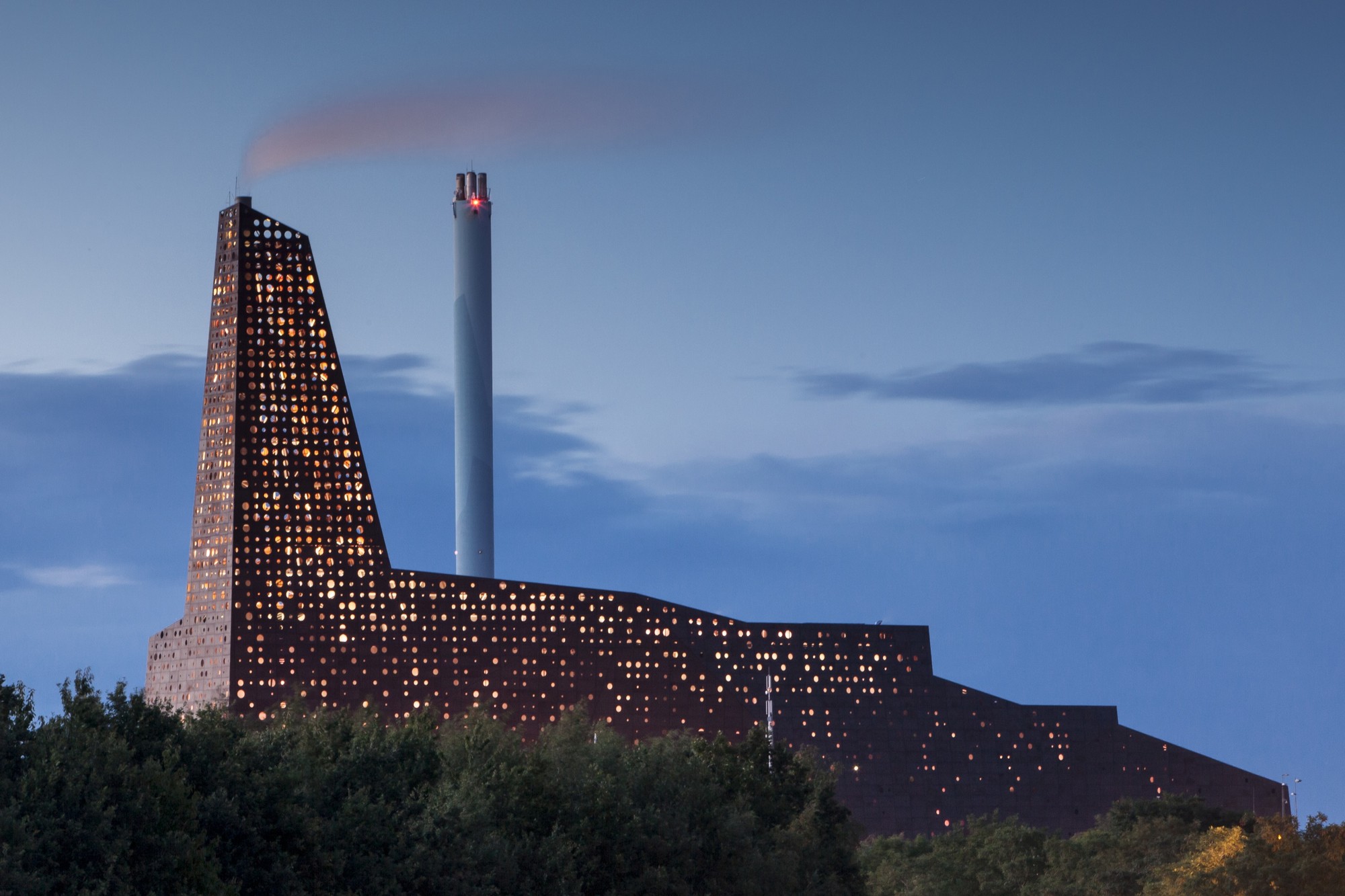 Text description provided by the architects. With the new waste-to-energy Incineration Line, the city of Roskilde in Denmark will have a second towering landmark, besides the UNESCO world heritage Cathedral: The Energy Tower designed by Erick van Egeraat. The facility was inaugurated by His Royal Highness Crown Prince Frederik on September 2, 2014.

The plant will incinerate waste, from nine surrounding municipalities and from many places abroad to produce electricity and heat power for the whole region of Roskilde. To provide the huge new incinerator line, planned in a relatively flat landscape and next to the relatively small city of Roskilde with a suitable appearance, an international design competition was organized. In 2008 the jury unanimously selected the design proposed by Erick van Egeraat. The design presents an iconic expression for the otherwise functional architecture of the local waste management company Kara/Noveren’s next generation incineration line. The façade consists of two layers: the inner layer is the skin which provides the actual climatic barrier, allowing the second skin to be treated more freely - raw umber-coloured aluminium plates with an irregular pattern of laser cut circular holes. The aluminium plates are treated to give them the desired colour and patina at day time. At night, the programmable lighting, installed between the two facades, gives the building an additional metaphor.

Erick van Egeraat states about his design:
‘‘At night the backlight perforated façade transforms the incinerator into a gently glowing beacon – a symbol of the plant’s energy production. Several times an hour a spark of light will gradually grow into a burning flame that lights up the entire building. When the metaphorical fire ceases, the building falls back into a state of burning embers.’’

For the illumination of the façade it was important that only the light and not the light sources themselves are visible. This has been realized by reflecting the light on the inner façade, which allowed the light glowing decently through the perforated skin. All luminaries can be programmed individually and in colour. Nevertheless the lighting is not intended to brighten the sky or dominate the surroundings, but rather serves to underline the buildings’ industrial character and above all to give it poetic meaning and experience at night.

The design is based on simple construction details combined with cutting edge manufacturing technology for the production of the aluminium façade panels and clever processing and repetition. Due to its large scale, the incinerator is destined to become an outstanding structure in the wide and open landscape of the Roskilde area and represents a hypermodern and sustainable energy plant, where waste will be turned into power.

The new incinerator in Roskilde is created specifically to add value to an otherwise purely industrial complex. Enriching the skyline of this small Danish city, once the Danish Capital, the silhouette of the incinerator also provides an historic comment. The lower part of the building resembles angular roofs of surrounding factories, but the impressive 97-meter spire and its materialization is the modern counterpart of the city’s prime historical monument, the Roskilde Cathedral.

Erick van Egeraat:
“Although almost 1000 years apart, the Cathedral’s twin towers made of warmly coloured stone and brick ánd the new iconic glowing incinerator, have now together become the novel guardians of the city’s otherwise modest presence in the Skagerrag landscape. Of course I am proud of that”. 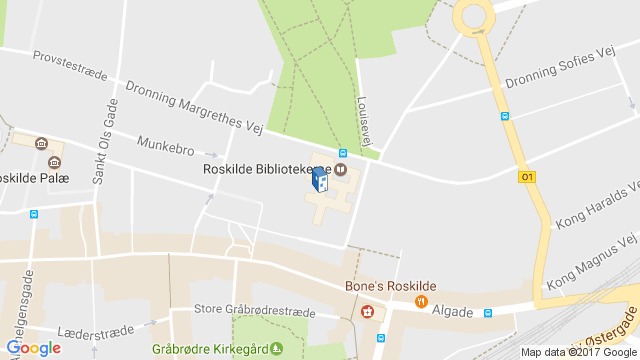