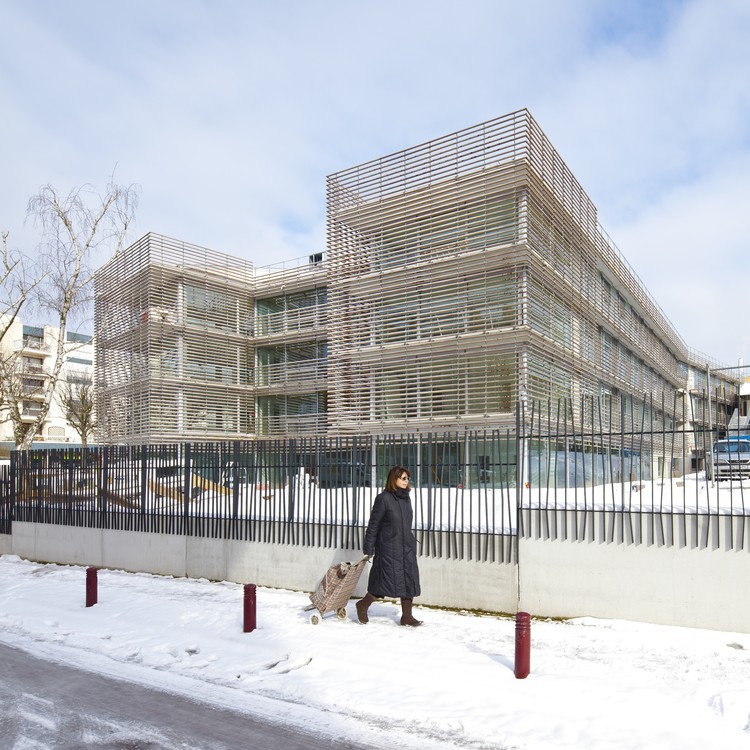 Text description provided by the architects. Three periods and three buildings: the Renaudin house, a large 19th-century mansion resting peacefully at the foot of a listed cedar tree, overlooking gently sloping  grounds very close to the town center; a bland extension from the 1980s; and the new building designed by the agency that highlights the grounds' plant-life heritage and its topography in order to clarify the way this venue is seen and is incorporated into its select environment. For its first approach to this sort of brief, the agency moved away from the usual scheme of things and broke with the overly hospital nature of nursing homes.

By playing up the venue's landscape qualities, the agency studied the world of hotels and created a parallel between them. The new extension stands in the lower part of the grounds on property's western edge. The spaces between the buildings have been laid out in landscaped sequences with a French-style garden for the Renaudin house, a large meadow to the right of the first extension and fir-tree under-growth between the older and newer extensions. A new east-west diagonal path links the renovated existing buildings and connects them to the new building with a glassed-in passageway that passes over the undergrowth.

So as to conserve the grounds, the agency-designed extension has been made compact and deep and is comprised of three long north-south strips, the first two of which contain the rooms with views onto the grounds or the city while the third houses the services area. The south-facing gables with the commons rooms hang over the landscape with television space on the grounds side, dining halls on the city side and leisure rooms in the middle section. The generously glassed walls have technical corridors with the whole encased in a protective pattern of slender wooden bars, making it resemble an umbraculo (a tropical green-house) and other garden-type structures. It's a way to escape the mundanity of retirement homes while injecting a new shot of youth into the place and the brief. 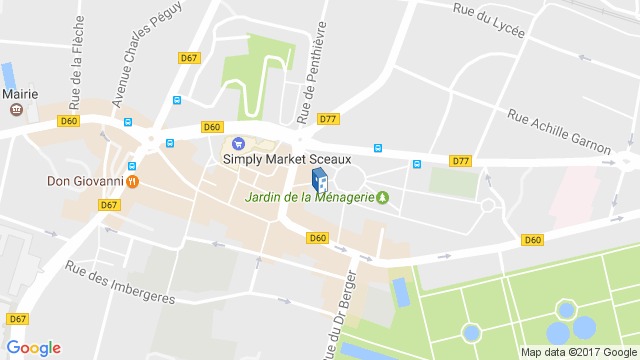