South by Southwest Eco (SXSW Eco) has announced the finalists in its second annual "Place by Design" competition, which celebrates "cutting-edge ideas in the reinvention of public space." Held from the 6th-8th of October, the offshoot of the SXSW festival explores cutting edge solutions to the challenges of sustainability.

The Place by Design finalists include high profile proposals such as New York's +Pool or the Lowline, but also some lesser-known initiatives such as Dublin's temporary Granby Park. Read on after the break to see all 15 finalists. 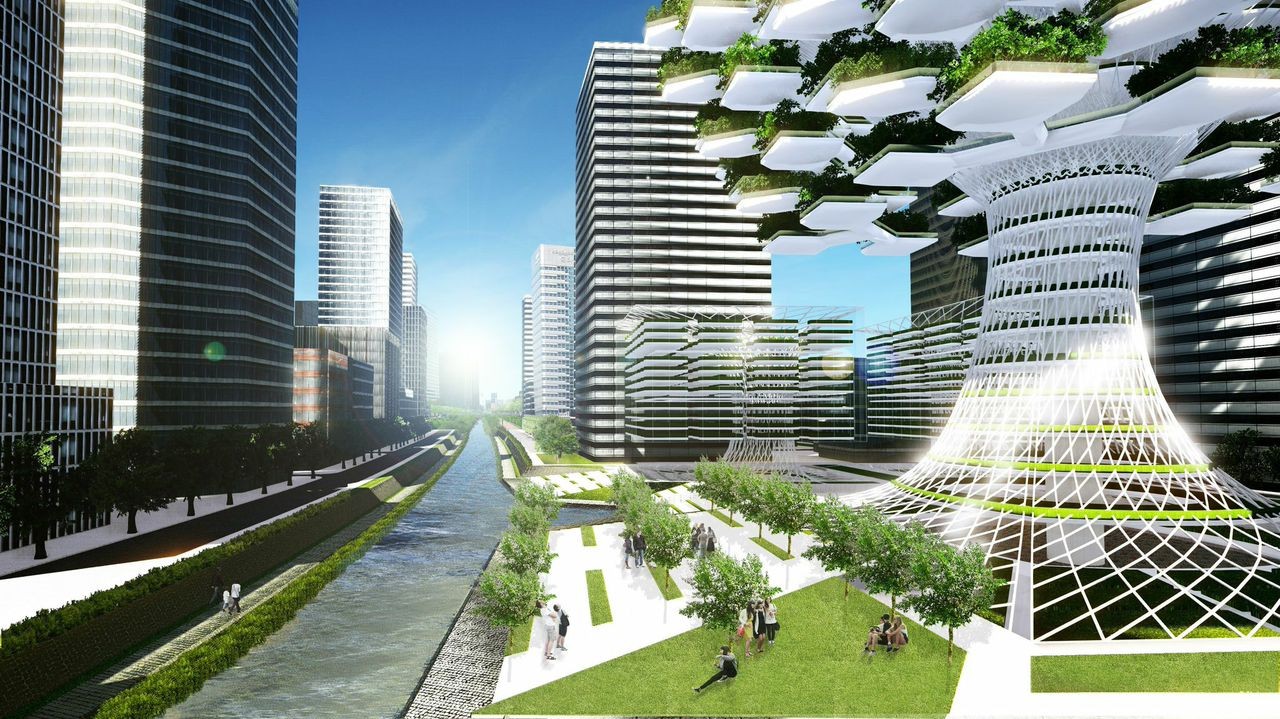 One of the largest ever crowdfunded civic projects, +Pool is an ambitious project to allow New Yorkers to swim in the waters of the Hudson River by creating a pool which filters the water it floats in. The project has required numerous phases of testing and prototyping, which so far have all been achieved through Kickstarter campaigns, garnering the idea a huge following in the process.

Austin-based firm Design Workshop came up with this simple temporary installation for Houston's recently renovated Bagby Street to help users understand the techniques and benefits of sustainable design. The installation, consisting of visually striking signs which catch the attention of passers-by, explain sustainable aspects of the redesign such as the fact that it achieved a 33% reduction in stormwater runoff, or a reduction of 300 tons in CO2 emissions thanks to fly ash concrete.

On a small site in Brooklyn, Dellavalle Designs created a multi-use bike park, featuring a bike shop, a trail loop for cycling or walking, pump tracks for beginners to more advanced cyclists, and skill stations where cyclists can learn skills needed for downhill cycling.

Turning an abandoned property into a three story public 'paint park' for graffiti artists and muralists to use for positive messages and artworks, this space is now one of Austin's top ten most visited tourist attractions and a point of inspiration for the local community.

This temporary public park in Dublin featured - among other elements - an education space, 30 art installations and a 300 person amphitheater. In its short one-month life it attracted 400,000 visitors, demonstrating a model for effective alternative uses for vacant sites in the city.

Libros Libres is a literacy and community design scheme that works with local designers and residents to create small book shelters that provide a communal gathering space in areas where literacy is a primary concern.

At a new YMCA facility in North Austin, Thoughtbarn's community garden design experiments by allowing public access to a food-producing garden. All 50 plots available to the public in the first phase were sold out on the first day they were available.

Developed by Gensler, Poppy Seed is an app that allows users to match areas of the city to specific emotions or feelings, crowdsourcing the input for future design decisions by the government. It also allows users to search for areas which possess a specific feeling which they're looking for, improving access to the positive parts of the city for its users.

This park in Roskilde features a skate park which doubles as an integrated flood drainage system, combining elements of public space and much needed infrastructure.

Created as a response to the Harvard Dean's Design Challenge, this modular metal roof system aims to combine the low cost of standard metal roofing with the resilience, thermal protection and low CO2 emissions of other roofing products, to create a product that will improve the quality and affordability of construction in emerging economies.

Inspired by the structure and function of traditional teahouses, The 'T' House is a temporary built structure designed to allow exploration of microbiology and culture through screenings, dialogues, workshops and performances.

Another project which made its name through a hugely successful crowdfunding campaign, the Lowline is an attempt to bring the success of New York's Highline to a disused underground trolley terminal, making use of innovative sun pipes to create a functioning subterranean green park.

The non-profit Waller Creek Conservancy are leveraging the opportunity provided by a large infrastructure project - which will maintain constant water flow, prevent future flooding, and prevent further erosion of Waller Creek - by also transforming the creek into a public space connecting East Austin to downtown, while also protecting the creek's ecology.

Aprilli Design Studio's Urban Skyfarm proposes a radical approach to urban farming in the heart of Seoul, providing food but also public space and improved air quality where the city needs it most.