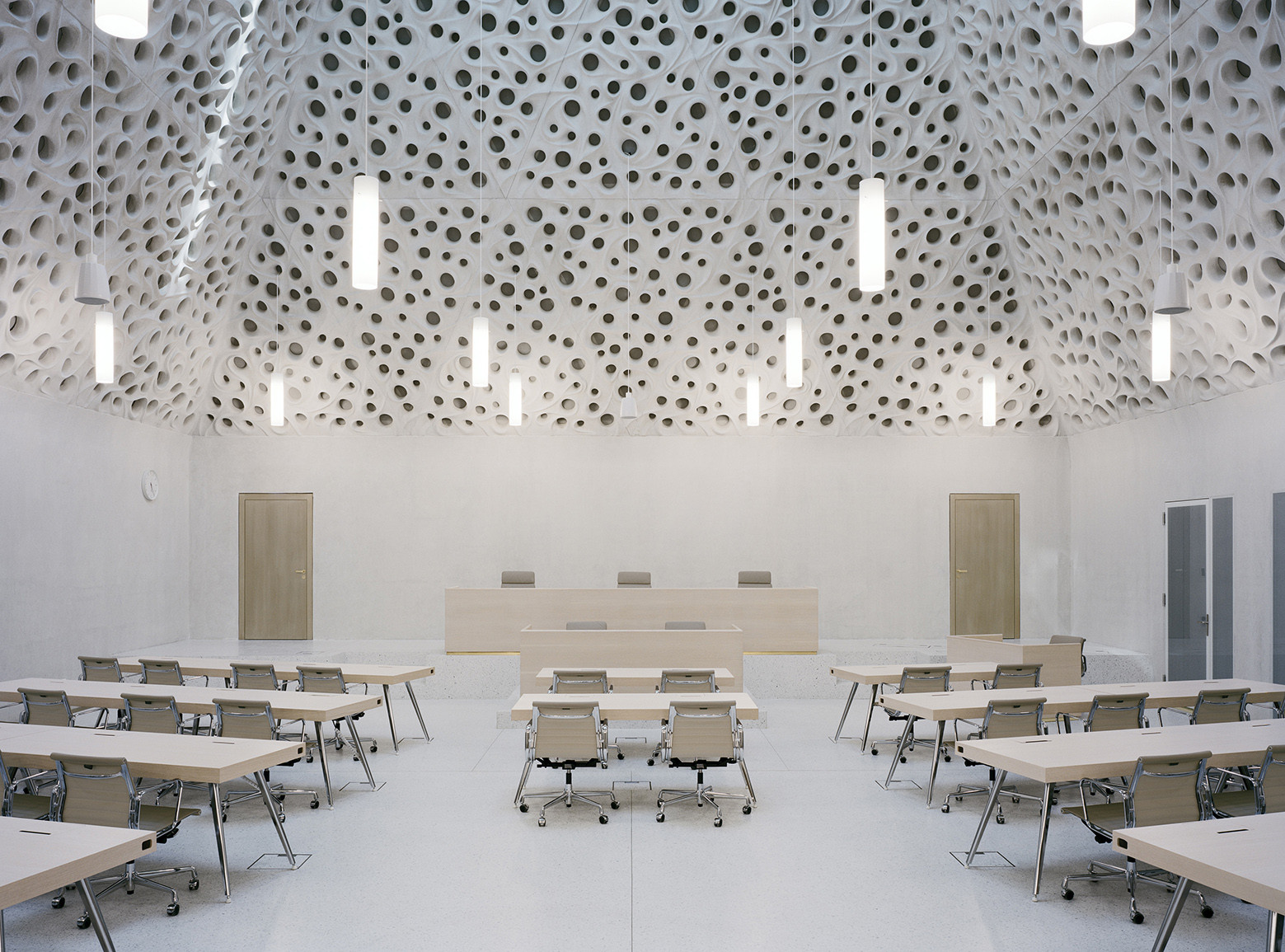 Text description provided by the architects. The new Federal Criminal Court building is located on Via Stefano Franscini, at the place of the former School of Business, whose two floors frontage building has been conserved. This neoclassical oeuvre has been conceived as the entrance building, being at the same time representative and austere, and it keeps - even after the refurbishment works – its role as primary entrance. It is now the new home for the Federal Criminal Court.

Right next to it there will be the “Pretorio” which will be among other usages the head office of the Cantonal Criminal Court – this program will also need refurbishment works. A public square is going to be built between this structure and the Federal Criminal Court.

In the rear of the ancient main building a new white concrete structure with three floors was built. It takes the neoclassical building’s plastic character through the presence of small superposed cantilevers - originating from the stacking of floors - and narrow openings. The repetition of those openings on the façade evokes the image of an office building: workspaces occupy the perimeter of the façade. Two courtyards provide natural light for the interior spaces and act as orientation points within this dense structure.

It is, however, in the core of the building that one finds the symbol of the new institution: the main courtroom introducted by the small visiting room,  adjacent to the secondary courtroom and the press room. As other criminal courts in Switzerland, this one opens its doors to the public and media during the discussion sessions. On the top floor a library occupies the spaces around the main courtroom while the neoclassical building houses the cafeteria and meeting rooms.

Two features define the Court’s architecture as two apparently opposite poles: the smooth, white concrete, and the ornamentation within the courtrooms. Natural light has also an important role in this building since it gives spaces a discreet serenity.

The courtrooms are materialized in exposed white concrete, an uncommon choice for this kind of program since the most of the courtrooms has – for acoustic reasons – wooden floors, ceilings, walls and furniture, often in dark hues.

“Delivering justice” has always been a fundamental activity – not only for stakeholders but also for the communities’ life. Unsurprisingly, the maintenance of the Justice has always been connected to particular spaces like, for instance, the throne chamber of the sovereign, the Parliament Council Chamber or the sacred space of a church. Therefore, the architectural inspirations for this new proposal are many.

The courtrooms were conceived as square floor spaces each one topped by a pyramidal dome with a skylight that provides natural light to these places. The surfaces of the dome are richly ornamented with perforated triangular panels which create an interesting pattern suggesting baroque elements. This floral motif spreads through the domes' surfaces just as branches and leafs do in the canopies of the trees.

Here lies the conceptual connection between smoothness and plasticity, sober objectivity and monumentality, justice and ritual, logic and representation. The white color of the concrete refers not only to the clarity, purity and truth, but also to the blank page and impartiality. Thus, a quiet, even sacred, breath seems to cross the courtrooms. From this point of view one can describe the new Federal Criminal Court building in Bellinzone as a monumental structure at the same time peaceful and realistic. 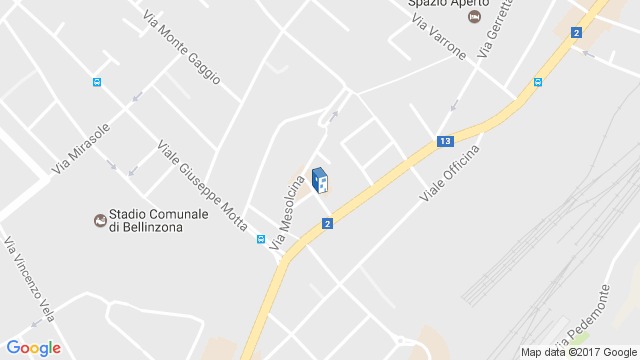