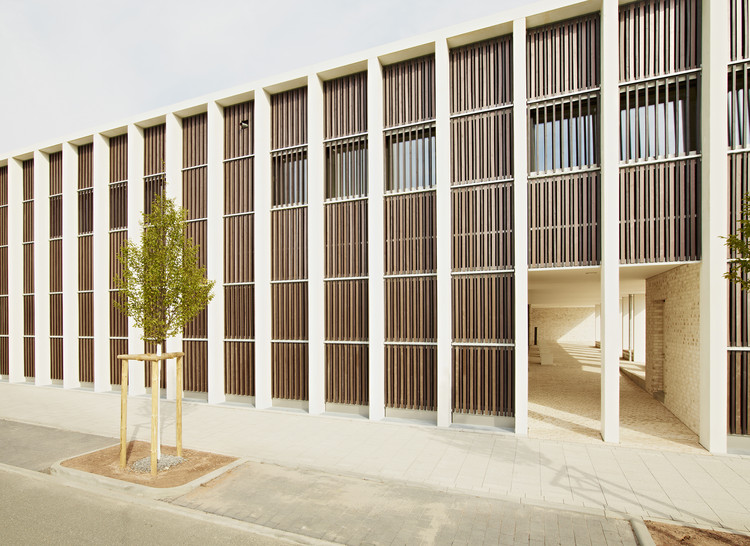 Text description provided by the architects. The new urban district ‘Frankfurt-Riedberg’ is an important city expansion in the north of Frankfurt Main. In addition to a new University of Science, a bustling urban quarter is being developed for about 15.000 residents. In this neighbourhood the new school building for 1.350 pupils will be an important part of public infrastructure.

The brief was to create a pioneering school concept. The spatial demand for an open-school concept was realized with a cluster-shaped layout. Each year is organized in its own building with an open communication zone and a base for teachers. The building ensemble carefully interweaves with the surrounding neighborhood.

Conceptually the central design idea is the checkerboard shaped composition and the exchange between internal and external space:  buildings, courtyards and outdoor spaces are of equal value.

The façades are constructed mainly of bright brick masonry and prefabricated white concrete elements. Towards the residential area in the south, the school building appears with a columnade of white concrete.

The timber louvers in between the columns result from the idea of a usage neutral façade towards the residential area. In the courtyard areas, the columnade generates a threshold between public and private spaces. The character of the internal spaces is also created by solid materials such as exposed concrete, brickwork and oak. 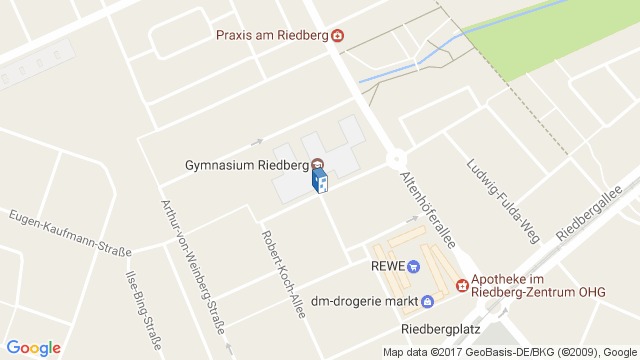