The Tianjin University Research Institute of Architectural Design and Urban Planning (AATU) recently won an international competition to design a hub for Chinese food-processing and stock-breeding company Luoniushan in Sanya, Hainan. With expectations to break ground this year, the 42-hectare multi-functional park will house the company's new headquarters as well as warehouses, serviced apartments, a tourism and exhibition center, and more. For more images and information, continue after the break. 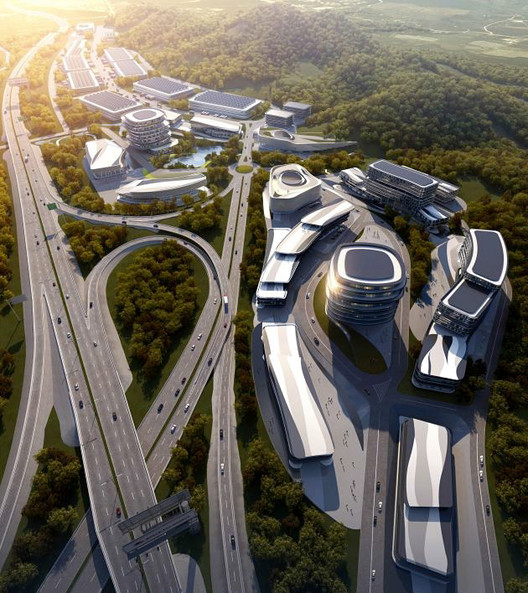 According to AATU, the design reflects the company's desire "to centralize a safe and stable chain of food-processing whilst generating a new development model for the company in the future." As part of the company's effort to create a benchmark, the development will employ sustainable technologies such as low-carbon materials, natural ventilation, an underground water cycle, and solar energy.

The proposed design responds to the narrow site and its gentle slope by organizing the program in a chain running from east to west. The headquarters, tourism/exhibition center, and other front of house services overlook the rest of the site from the hillier eastern side, while the warehouses occupy the flatter western portion.

The front of house services are organized around three central landscape nodes, which denote the form and orientation of the surrounding buildings.These landscaped areas define the eastern portion of the site and its functions as separate from those to the west, while simultaneously providing valuable outdoor space.

The western warehouses flank both sides of the major axis route running through the site. These structures are based on a standardized modular design, perfectly suited to the possibility of future expansion. The park will be accessible from both ends of the park via the Hainan Highway, located to the south. 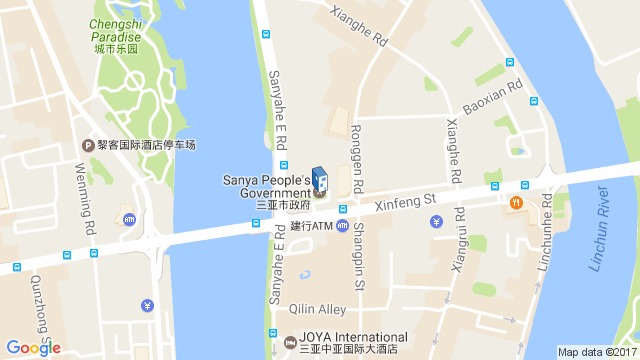