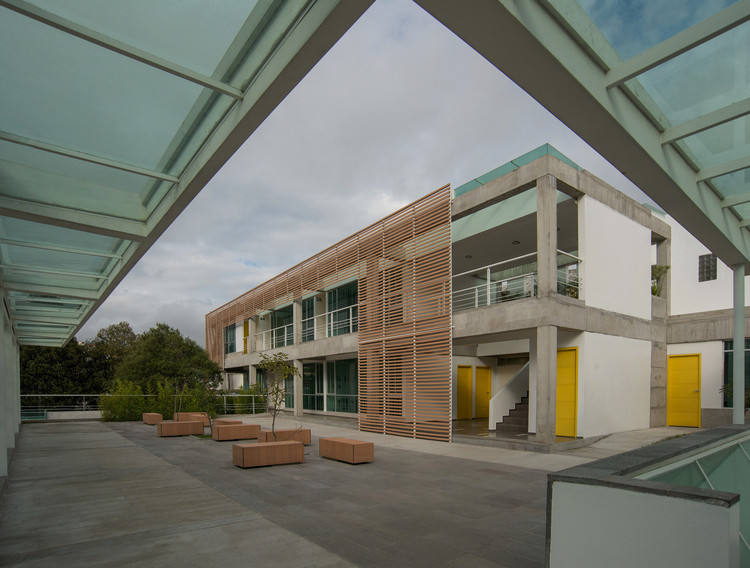 Text description provided by the architects. The Metropolitan Institute of Design is located on La Vicentina neighborhood, at the north central area of Quito. Within a wide site there is a house built on the fifty’s and several buildings around built on different times in order to give capacity to the continuing student body growth. As a result, the architectonical quality and value of the constructions varies from one to another. Therefore, the proposal is to give order and hierarchy, and to unify the architectural language of both old and new buildings.

After studying the actual situation of the existing buildings as of their functionality, everyday activity and the institute relation with its context; the conclusion was to keep and respect its diversity and a comprehensive response to every analyzed aspect. From this point, the key idea of the proposal is to clarify the architectural space of the existing buildings by the creation of new areas and constructions conducted by hierarchy in order to guide the users (students, staff and visitors) around the campus. Therefore, it was decided to respect and/or recycle the existing elements (buildings, vegetation, activities, functional flows, etc) on one hand, and to create and use a complex unifier architectural language that provides identity to an Institute dedicated to “designing activities” on the other.

The first step was to eliminate several one story constructions. Some of these temporary buildings became pathological impositions to the original house, whose architectural value is to be saved, and others suffocate surrounding space making difficult the spatial comprehension of the complex. Instead, it proposes to create two small covered squares. One square is to rescue an arch-formed wall as the access and distributing area. Other square larger is to create the main social space of the complex. The large square is adjacent on the east to one of the recycled constructions housing the staff dining room, main kitchen, cafeteria, and water closets; on the north with the other recycled construction housing the industrial design workshop; on the south vegetation; and classroom building on the west side.

On the second level over the existing cafeteria there is an open plaza that takes advantage of the natural topography generating a gathering open space and planting new vegetation. Adjacent on the east side of the plaza it is proposed a new two story block containing new classrooms, a photographic laboratory, staff offices, water closets, and storerooms.

The use of wooden lattices, cement-surfaced structure, painted metal structures, polished glass windows, metal elements painted in different colors, several types of wall and floor materials, contributes on the generations of several layers all around the building in order to give the complexity effect searched on the design basis. 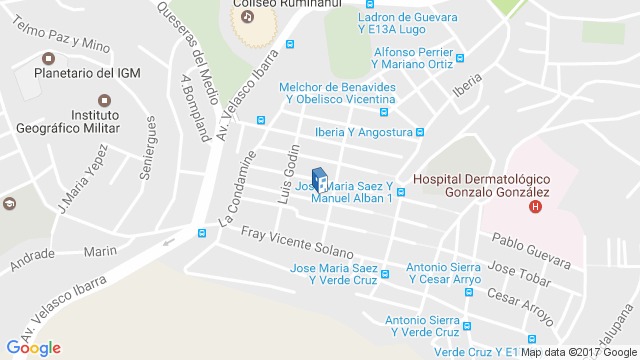