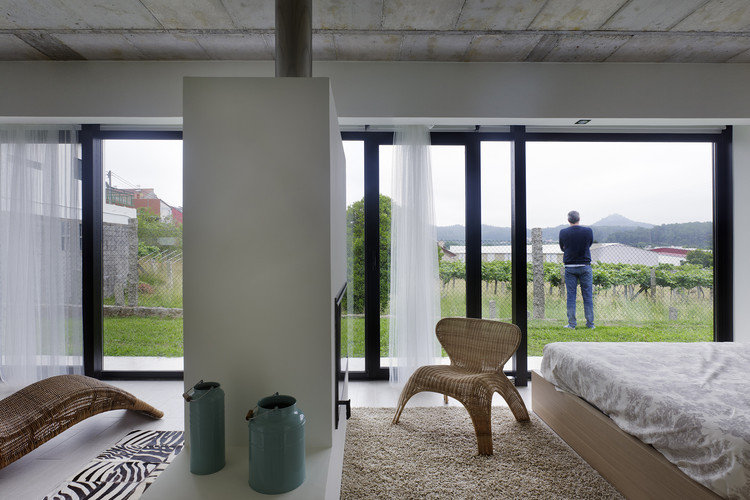 “I would like a modern and cheap house for lease”

During the first meeting with the sponsor, the requirements for the house were clear, but a “modern house” is not the best way to start with the project definition. We were looking for a low- cost house that could satisfy the requirements from an ephemeral user. For that, we’ve chosen the simplicity of the design, distribution and construction. We've disconnected the handicap, and the Project showed up. In the middle of an area, where the rest of constructions are very different in terms of shapes, a parallelepiped showed up from the lowest level of the land in order to don’t keep too much attention and establish a fluent relation between inside and outside. We tried to open the house to the South and also to the landscape and gave to the facade a discrete access.

The house was developed through a concrete slab that is “flying” over South facade in order to protect the big window from the summer sun. The energy rating for this project is A.

The project was developed under two mottos: to be constructed for one occupant and the open space.

The main concept for this project is based on give to the space continuity from the indoor to the outdoor and in the opposite way, and try to get that the inside as well as outside belong to the intimate space of the occupant through the big window that is covering completely one of the facades. The other facade, the most exposed to the neighborhood, is closed giving to the occupant a total privacy.

Inside of the house there is not any closed space, only the bathroom that is placed in a “service area” near to the wardrobe and kitchen.

The volume tries to find pure shapes with no stridencies, no volumes that are one against another. Only the cantilevers are generating the transitions from the public to the private. We’ve considered that for this small surface, this simplicity gives the relax that must have a house.

The definition of modern is “the thing that is belonged to the current time”. Our time is asking for simplicity, austerity, efficiency and architectural quality. For that reason we think that we've achieved to fulfil the request. 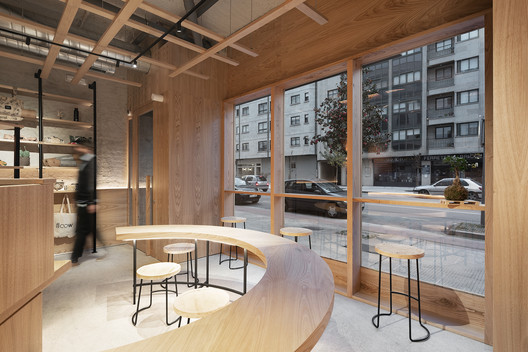