Born to a wealthy family and graduating from the University of Tokyo in 1954, Isozaki started his career under the influential Japanese modernist Kenzo Tange. Isozaki became his protégé, and even after leaving Tange's firm in 1963, continued working with his old mentor throughout the 1970s.

Isozaki, though, swiftly made his own name in architecture, attracting attention for 1966's Ōita Prefectural Library, a concrete construction that shares traits with both Brutalism and Metabolism—and a design that brought enough respect that he was invited to be the chief architect of Osaka's 1970 Expo alongside Tange.

As swiftly as Isozaki was making his name, he was equally swift in defying categorization. His first, more traditionally modernist explorations rapidly fell away in favor of his own, more personal innovations, incorporating post-modern ideas and contextual architecture. His sense of humor helped; the Fujimi Country Club (1973) in Oita City takes the shape of a question mark—supposedly a sign of Isozaki being baffled by his country's obsession with golf.

Either way, his idiosyncratic style caught the mood; by the 1980s he was working on Los Angeles' Museum of Contemporary Art to public and critical commendation, and his figure rose even further with his Olympic commissions at the 1992 and 2006 Games, both of which were well received for their attention to the locations they were built in.

According to his website, "Isozaki has created an architecture so personal in its ideas and spaces that it defies characterization in any single school of thought. At the same time, he resists the temptation to apply a signature style to his jobs, preferring instead to create architectural solutions specific to the political, social, and cultural contexts of the client and site in question." Still working to defy labels, his projects continue to balance purity and complexity.

See all of Arata Isozaki's work featured on ArchDaily via the thumbnails below, and further coverage of his work below those: 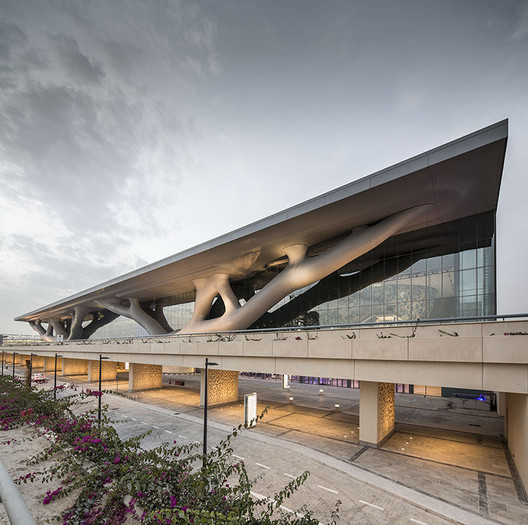