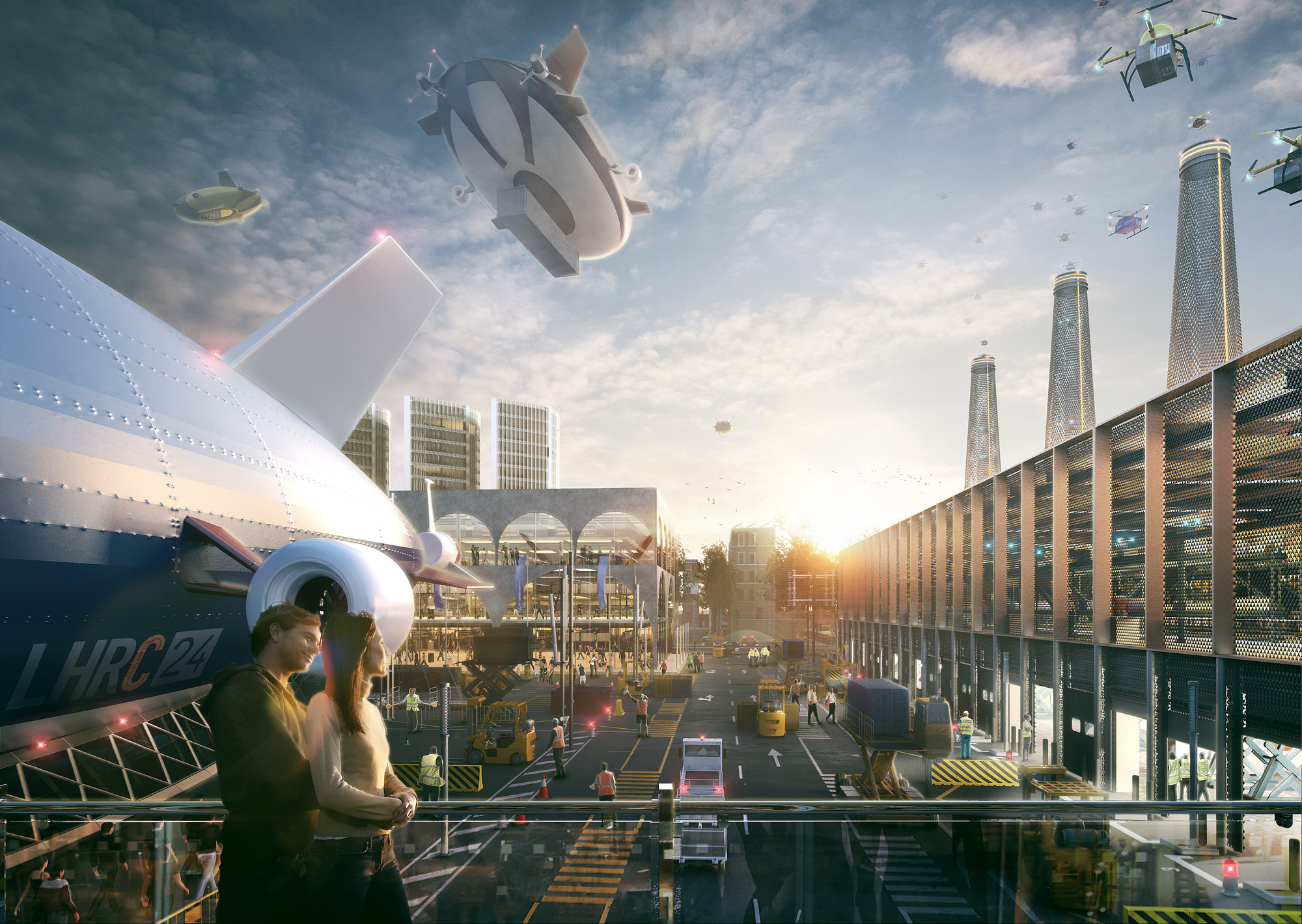 The proposal by Rick Mather Architects makes full use of Heathrow's existing infrastructure, using the runways to both define and connect ten distinct neighborhoods. The proposal also reuses the terminal buildings as "generators to development."

The design hopes to connect the airport site more seamlessly with its surrounding area, breaking down the barriers physical barriers around the existing site.

This ambitious proposal has three main areas of focus: the development of London's first airship port which recaptures 'the romance of the sky'; the creation of a 'factory for homes' which will streamline production of prefabricated housing to combat London's housing crisis; and a proposal for 'a green belt within the green belt'. Hawkins\Brown aims to turn Heathrow City into "London's petri dish, where new ideas can be incubated in the fields of technology, industry and governance."

They say that their proposal "is deliberately provocative but completely realisable with the support of politicians, planners and financial institutions."

Maccreanor Lavington's builds on Heathrow's East-West orientation, with a civic centre and retail hub at Heathrow Central, a new technology campus to the East and an exhibition and conference centre to the West.

Their proposal aims to create a 'poly-centric' London, with Heathrow acting as a hub for towns to the west of London such as Staines and Uxbridge, creating a 'Rail Bagel' to connect these areas together.