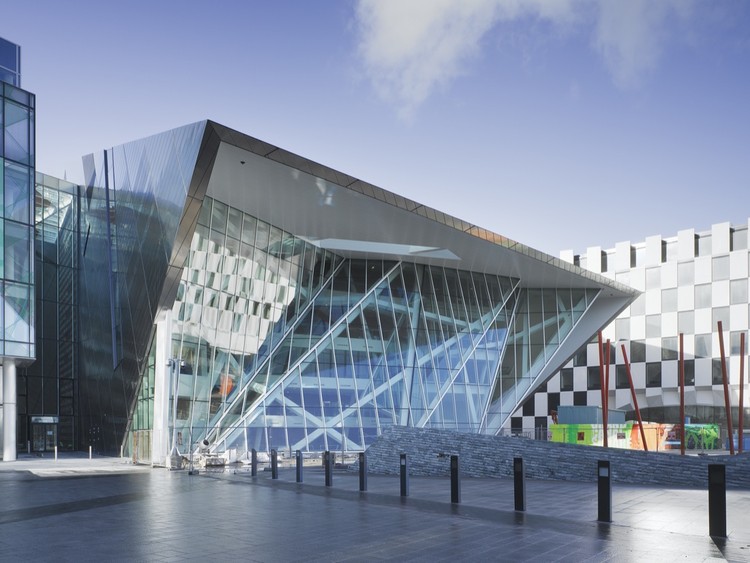 Text description provided by the architects. The concept of the Grand Canal Square Theatre and Commercial Development is to build a powerful cultural presence expressed in dynamic volumes sculpted to project a fluid and transparent public dialogue with the cultural, commercial and residential surroundings whilst communicating the various inner forces intrinsic to the Theatre and office buildings. This composition creates a dynamic urban gathering place and icon mirroring the joy and drama emblematic of Dublin itself.

The 2000 seat Grand Canal Theatre is a landmark that creates a focus for its urban context, specifically Grand Canal Square, the new urban piazza at the waterfront of Grand Canal Harbour. The architectural concept of the Theatre is based on stages: the stage of the Theatre itself, the stage of the piazza, and the stage of the multiple level Theatre lobby above the piazza. The Theatre becomes the main façade of a large public piazza that has a five star hotel and residences on one side and an office building on the other. The piazza acts as a grand outdoor lobby for the Theatre, itself becoming a stage for civic gathering with the dramatic Theatre elevation as a backdrop offering platforms for viewing. From its rooftop terrace, the Theatre offers spectacular views out over the Dublin Harbour.

The Theatre is integrated into the Commercial Development by office buildings that include 45,500 square meters of leasable office and retail space. With their twin facades, glazed atriums and landscaped roofs, the two office blocks offer sustainable state of the art work environments. By designing multi-story glazed atriums, the commercial buildings integrate with the adjacent retail, residential, cultural and public space components. Three prominent entrances make the buildings accessible from Grand Canal Square, Misery Hill and from Cardiff Lane. Although both offices are designed in the same architectural language, each responds to its site uniquely. Two Grand Canal Square (South Block), which is adjacent to the new 2,000 seat Theatre, opens up towards the Square, while Four & Five Grand Canal Square (North Block), in conjunction with the Theatre, form a dramatic gateway to Dublin Harbour.

The Grand Canal Square Development enhances the new urban structure of Grand Canal Harbor with an exciting cultural landmark and magnet for Dublin, a destination for working, shopping, and entertainment. The Theatre will open in March, 2010 with the opening of the office blocks scheduled for mid 2010 and 2011. 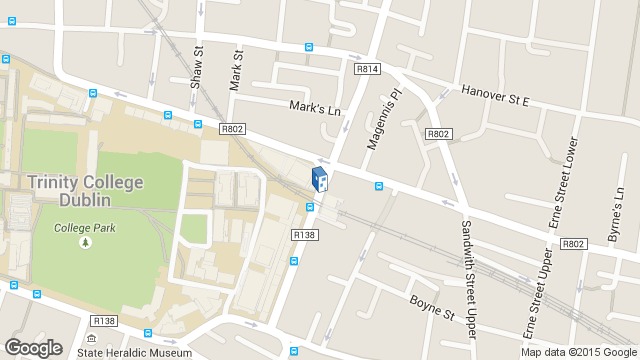 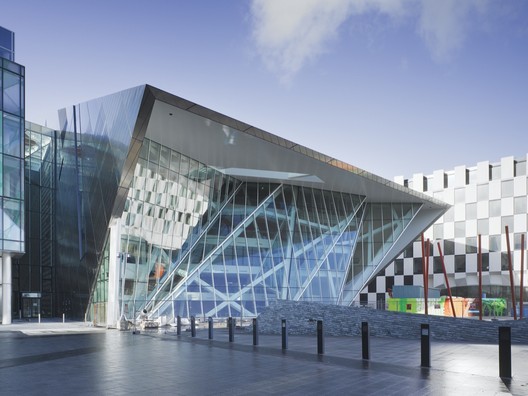