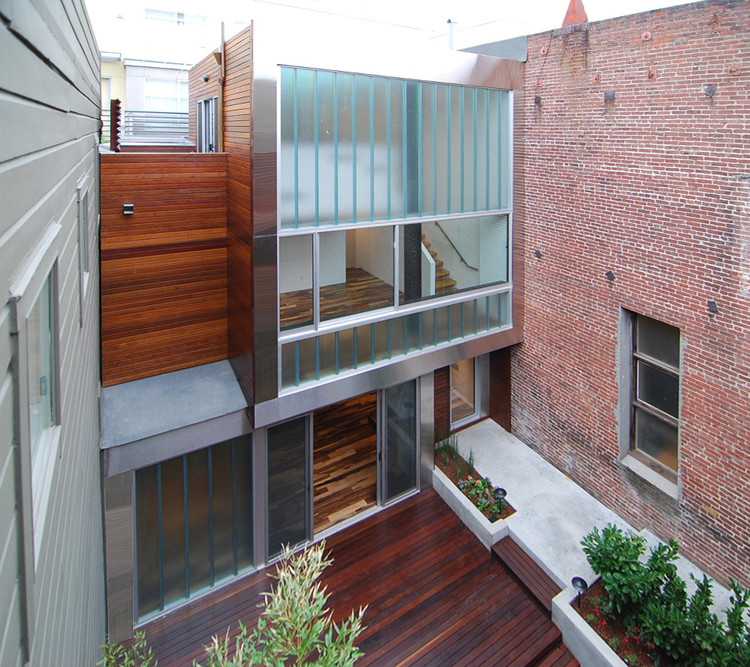 Text description provided by the architects. PS House offers a way of densifying the inner block of an already fairly dense San Francisco neighborhood (North Beach), while bringing an unexpected degree of spaciousness, natural light and connection with the outside to a small 1200sf urban house. It is a speculative project aimed at maximizing the potential of an existing dilapidated structure at the rear of the property, which was demolished but whose small footprint could not be expanded. The overall site’s void space is strategized in terms of natural light and ventilation, and includes three spaces: the courtyard separating the new house from the existing Edwardian building fronting on Powell Street; an exterior entrance passageway that connects this courtyard to the street; and an upper level south-facing deck. The design of the entry passageway seeks to heighten the experience of threshold between city and house. Opposite PS House’s main façade is a new wood screen that lines the courtyard. The screen’s slats are angled so as to maintain privacy between the new house and existing decks at the rear of the front building.

PS House’s given constraints – the tight footprint, height limit, and locations of existing windows on the sidewalls of neighboring buildings -- ultimately shape its volumetric schema. From the basic massing, projecting frames shift and overlap to simultaneously define the entry, avoid a neighbor’s window and form the upper level deck. The interior spatial arrangement then seeks to take advantage of the building form thus generated. Lower level living spaces orient out to the courtyard, as does the second level bedroom. This room also connects spatially via a vertical slot pulling light in from the channel glass façade to the home office mezzanine above, which opens out to a roof deck on the south. From this deck there is a connectedness to adjacent mid-block walkways, courts, gardens and light wells. 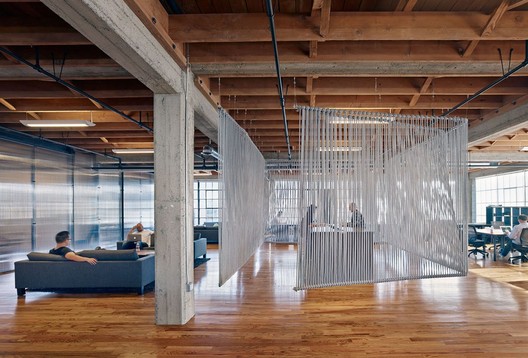 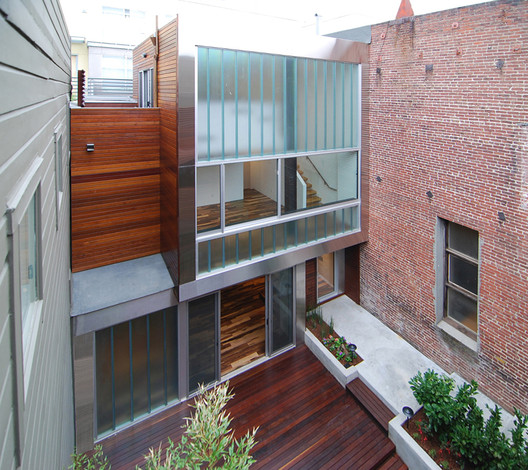