What can you do with a business district that has an office vacancy rate of 40%, is completely separated from its surroundings and is facing increasing competition from business centers emerging throughout the city? These are questions that are increasingly being asked about Moscow's International Business District, the symbol of capitalism that was planned in 1992 after the fall of the Soviet Union, yet is still under construction today.

Eduardo Cassina and Liva Dudareva, founders of METASITU and researchers at the Strelka Institute, have proposed a provocative idea in response to this dilemma: envisaging the business district's future in 2041, they imagine a scenario where the district is linked by underground metro to Sheremetyevo And Domodedovo airports in the North and South - forming the world's first mega-airport, and the first one where it is possible to live in the terminal building without ever leaving.

Read on after the break for more explanation of idea 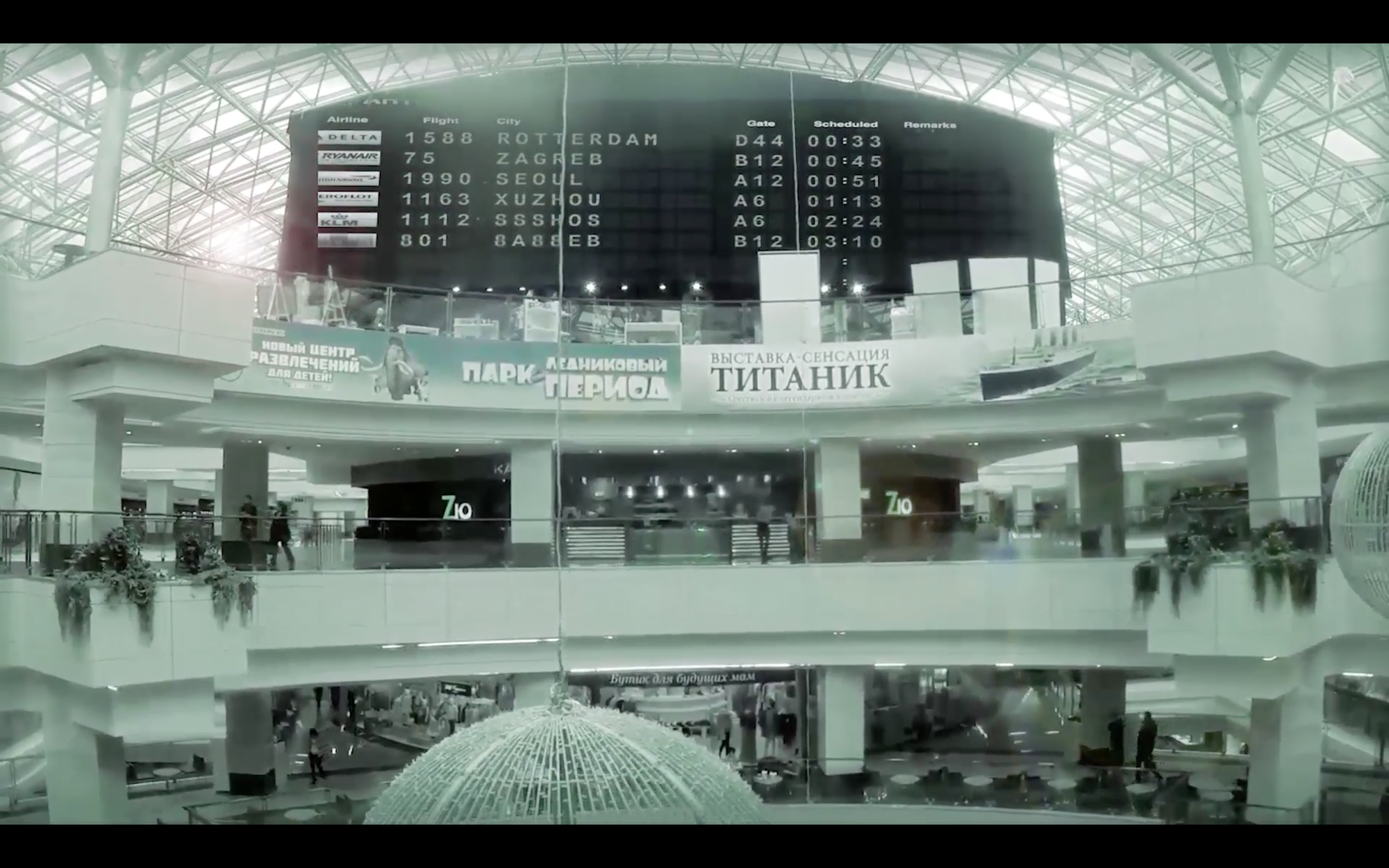 In this vision by Cassina and Dudareva, the Moscow International Business District is owned and managed by a Sino-Russian corporation called Citi-XiZhong, along with the the airports on either side of the city. The whole ensemble, connected by a dedicated metro line, becomes part of the non-jurisdictional international space of the airport.

The business district itself becomes "Stop Over City", the first airport terminal with enough space to support permanent residents. Thanks to the non-jurisdictional nature of the space, it could be a haven for "whistleblowers, asylum seekers, everyday workers, mile tourists, residents, climate refugees, trillionaires, tax evaders, travelers, utopists and stateless citizens," say its designers.

Stop Over City is a unique part of dystopian writer JG Ballard's 'city of the 21st century', a suburb of the 'invisible world capital' which according to Cassina and Dudareva has "more in common with T5 at Heathrow, Cape Town International or Changi Airport than with Moscow, despite being 4 km from the Kremlin." Like these spaces - and like the international business district which it replaces - Stop Over City is serviced primarily by international corporations.

This servicing by corporations would even extend to the 'government' by the owners; the pair say that Stop Over City "would be a state controlled by a private corporation: undemocratic, but not unlike many of the Privately Owned Public Spaces there are all around us in today's world." However, they say, "unlike with the Privately Owned Public Spaces, you wouldn't really be able to kick people out of this place, as it is an international transit zone, and access to their surroundings (ie. 'sovereign Russia') depends on their visa status and citizenship.

"At the same time the border has a certain porosity because people would be coming and going to work every day, just like in a normal airport... so it is a combination between anarchy and airport management."

Perhaps the most surprising thing about the proposal is how well Moscow International Business District is already suited to this radical program; it is already "pretty much a fortress," say Cassina and Dudareva. It has "highly dense towers, and you need a card to get almost everywhere." All the towers are connected by an underground system of tunnels and a shopping mall. Aside from the minor interventions to implement passport and customs control, the duo say that they "envision more programmatic changes than architectural ones."

But perhaps the more interesting question is not about whether Stop Over City is possible, but about what it means: following from the usual interpretation of Ballard, is this a dystopia? "It is a mix of a scary and an optimistic world, but we think it is quite likely that the world will go in that direction," say its creators. "It's Dystopian but also positive: I mean, it would be fantastic living in a world where there were no borders, where everybody had the same legitimacy to the soil underneath them, to a presence in the territory. But at the same time, one is left to wonder what would happen to the small shop? or that very unique bar that serves homemade pancakes... you normally do not see those at airports.

"It would be a bit like Kowloon City, but also a bit like the Docklands: in a way they are both dystopian but interesting, and in a way, optimistic. We find that it is always more interesting living in places that have these tensions very present."

Eduardo Cassina and Liva Dudareva will be presenting Stop Over City, followed by a Q&A session, at the Museum of Contemporary Art Vojvodina in Serbia this Sunday afternoon (6th July).