Frank Gehry and Developer David Mirvish have revealed the latest design iteration in their embattled plan to build a set of mixed-use skyscrapers in Toronto. The new design reduces the number of towers, from three to two, however the remaining towers are taller than before, with one at 82 stories and one at 92.

The buildings will house apartments, a new art gallery and space for OCAD University as previously planned, but the decision to use two towers instead of three means that three of the five existing buildings can be retained - including the Princess of Wales Theatre, and two designated heritage warehouses - sidestepping some of the criticisms of the previous scheme. 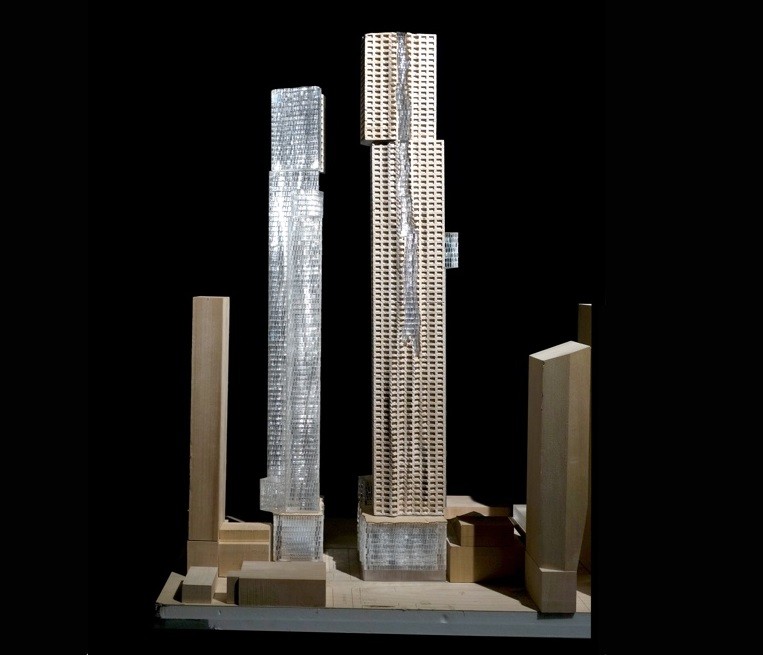 Speaking to the Toronto Star, Gehry said: "We’ve got a lot of work to do to get to the real stuff; we’re still exploring a lot of materials. But I think I’ve figured out what dignity is with two buildings in Toronto. Now I’m trying to figure out how to give them humanity. There has to be a warmth to them."

The design of the two towers has also drawn comparisons to Gehry's Dancing House in Prague, colloquially known as 'Fred and Ginger'. "Fred and Ginger grew up and moved to Toronto," Gehry said. "In a way, two towers feel better. It’s not so crowded."