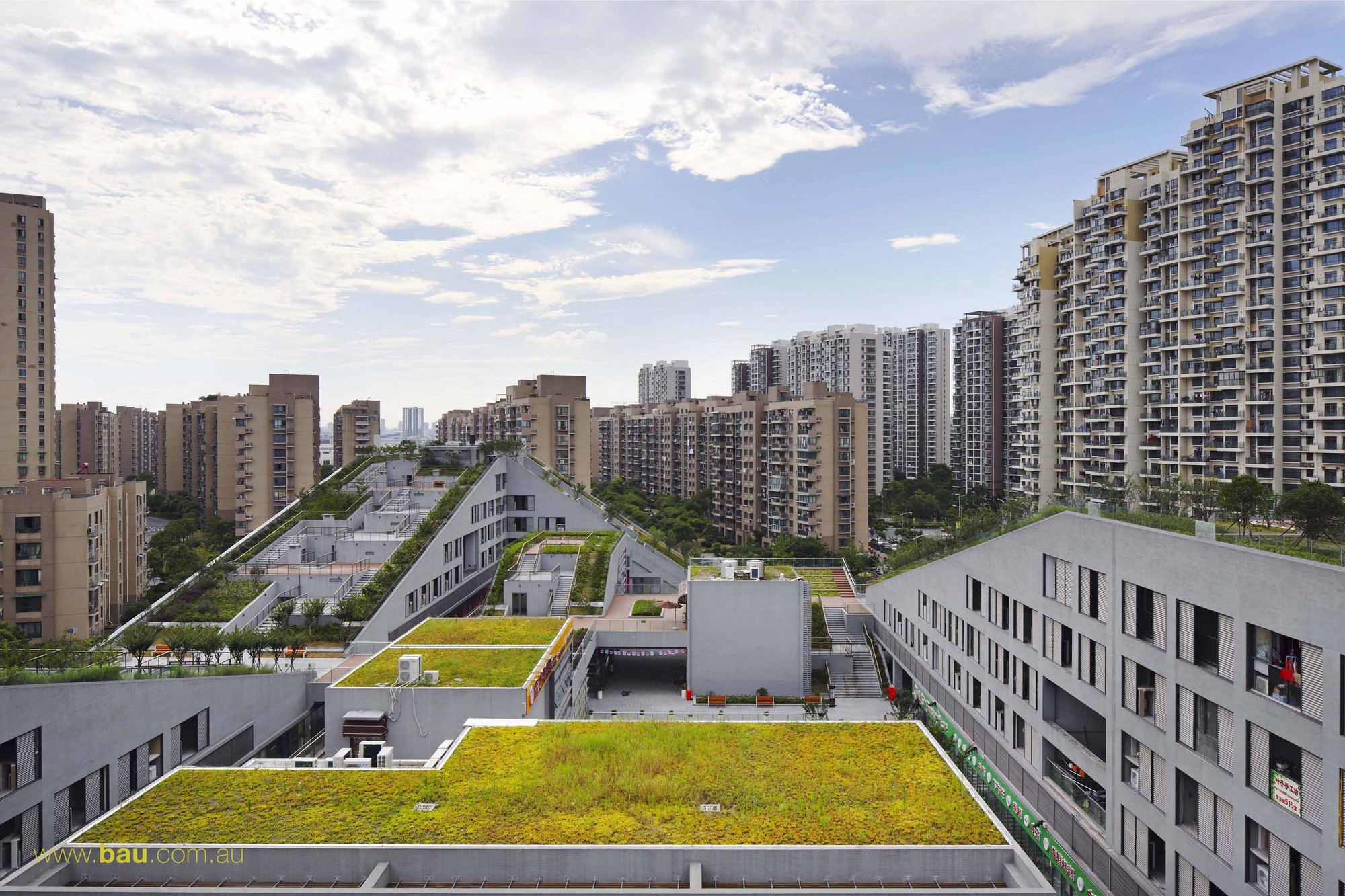 This project sits in a new district of Xia Sha, Hangzhou, one of China’s great historical cities and renowned as one of China’s most verdant cities. The new district typifies contemporary Chinese urbanism: high density, high speed, highly privatised, and well engineered, but with surprisingly under developed public open space. The building typologies in the district, towers and slab blocks, are treated as objects in space, and only heighten the isolation of the newly migrated, clan based population.

The design competition brief called for a small shopping mall with a separate SOHO (single occupant home office) block. Our proposal layered the two programs vertically, with retail on the lower two levels and SOHO above. We developed the building as a perimeter block to create active street and park edges, and to create a number of public squares, courtyards, and lanes internally; the shopping mall is turned inside out. The complex can be explored via a number of highly connected or loopy multileveled routes.

To address the isolation of living/working in the new district, a green roof with added programs for the occupants including gym, outdoor swimming pool, and roof top kitchen have been added. By slicing diagonally through the rectilinear perimeter block the roof gained access to the ground level, and each and every floor gained immediate access to the roof. Occupants can come and go to their floor via the external stairs of the roof garden, or via the traditional internal lobby. At the rooftop garden entrance to each floor is a terrace with space for occupants of that floor to meet informally as they cross paths. Within the building there are shared triple height balconies and atria for occupants use. We believe the scaling and localising of shared space, from the district scale street edge plaza, to the shared front door of the units, brings potential for the informal creation of a range of communities of different scale.

Like a giant urban playground with compressed hill-top, and multi level labyrinthine space, the project entices the public to explore both the active lower levels and the quiet roof top gardens. Climbers are rewarded with views over the adjacent Qian Tang River mouth, most famous for its annual tidal wave. The river surface reverberates across the building’s external facades, setting the walls of balconies into wave motion. Further presence of the watery context is found in the contoured paving patterns.

The project combines landscape architecture (by BAU landscape studio) with architecture and urban design. The green roof, at home in Hangzhou’s garden city, provides the city with a unique public open space, creates social, entertaining, community garden and recreational space for occupants, and supports a myriad of environmental benefits including: reducing urban heat island effect (Hangzhou has extreme summers); water recycling (water is collected from the roof top and reused for watering); providing opportunities for urban farming; and maintaining flora and fauna in the city. 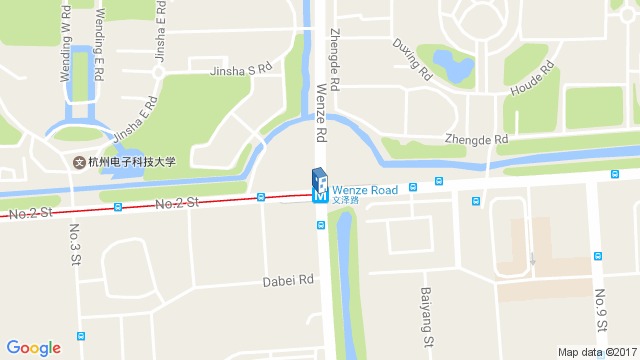