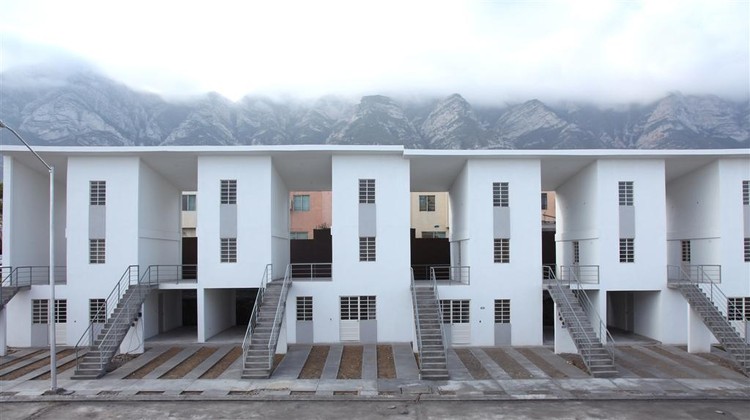 Santa Catarina is a city of 230,000 inhabitants, located in the state of Nuevo León, in the northwest of Mexico. This project is Elemental’s first outside of Chile.

The Government of Nuevo León, México, commissioned us to design a group of 70 homes on a site of .6 hectars in a middle class neighborhood in Santa Catarina. The required density suggested the application of the typology we developed for Iquique. However, the climate in Santa Catarina is very different from the northern dessert climate of Chile. The 600 mm of annual rainfall required us to adapt our proposal to this new question.

The commission to develop this middle class neighborhood with the financing of US$20,000 per dwelling (almost double the funds we had for the housing projects built by Elemental in Chile). However, the construction standards and building codes significantly raise the construction costs. In this case, it was pertinent to use the strategy of investing state resources to build “the difficult half” of the home, especially given the capacity do-it-yourself building observed in Mexico, ensuring a promising future for the expansions.

ELEMENTAL Monterrey consists of a three-story continuous building that in section superimposes a home (first floor) with a two-story apartment above (2nd and 3rd story). Both units are designed to technically and economically facilitate the final middle class standard of which we will hand over the “first half” (40 m2). In this sense, the difficult parts of the house (bathrooms, kitchen, stairs, and dividing walls) are designed for the expanded scenario, that is, for a home of more than 58 m2 approx. and an apartment of approximately 76 m2.

Secondly, given that almost 50% of the m2 of the complex will be self-built, this building is porous so that the growth can occur within the structure. On one hand we want to frame and give rhythm (more than control) to the spontaneous construction so as to avoid deterioration of the urban environment over time, and also make the process of expansions for each family easier. The proposed continuous roof above the volumes and voids protects the expansion zones from rain and ensures a definitive profile of the building toward the public space.

Third, experience tells us that in lower class neighborhoods the green spaces tend to be “earth spaces,” due to the scarcity of maintenance and the distance that exists between green space and the home that makes it difficult for neighbors to take care of. What we did in this case was to surround the green space with building, reducing the distance between communal space and the home to a minimum. This permitted us to define a collective space with secure Access that gives space to the social network and generates favorable conditions for maintenance and care.

All the apartments have direct Access from the public space and parking, a condition especially relevant in a country where every family can have access to an automobile. 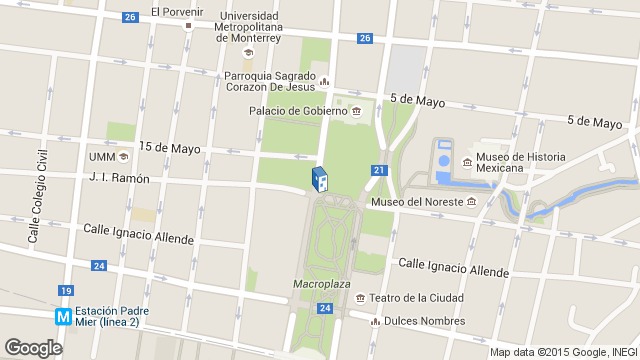 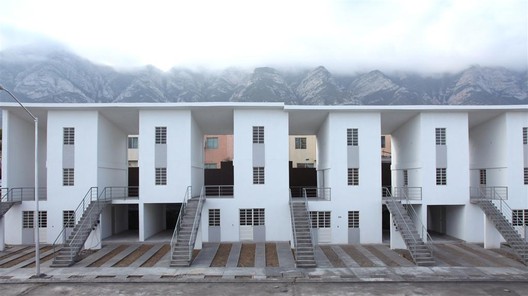