Vietnamese Practice Vo Trong Nghia Architects has taken home the top honor at the Architects Regional Council Asia (ARCASIA) 2014 awards. The Dailai Bamboo Complex, consisting of the 2009 Bamboo Wing and the 2012 Dailai Conference Hall, was selected out of 276 entries to win Building of the Year Award, one of the most prestigious prizes in Asian architecture.

The award adds to the recent success for Vo Trong Nghia, who recently won the top prize in the AR House Awards for their House for Trees.

More on the Dailai Bamboo Complex after the break 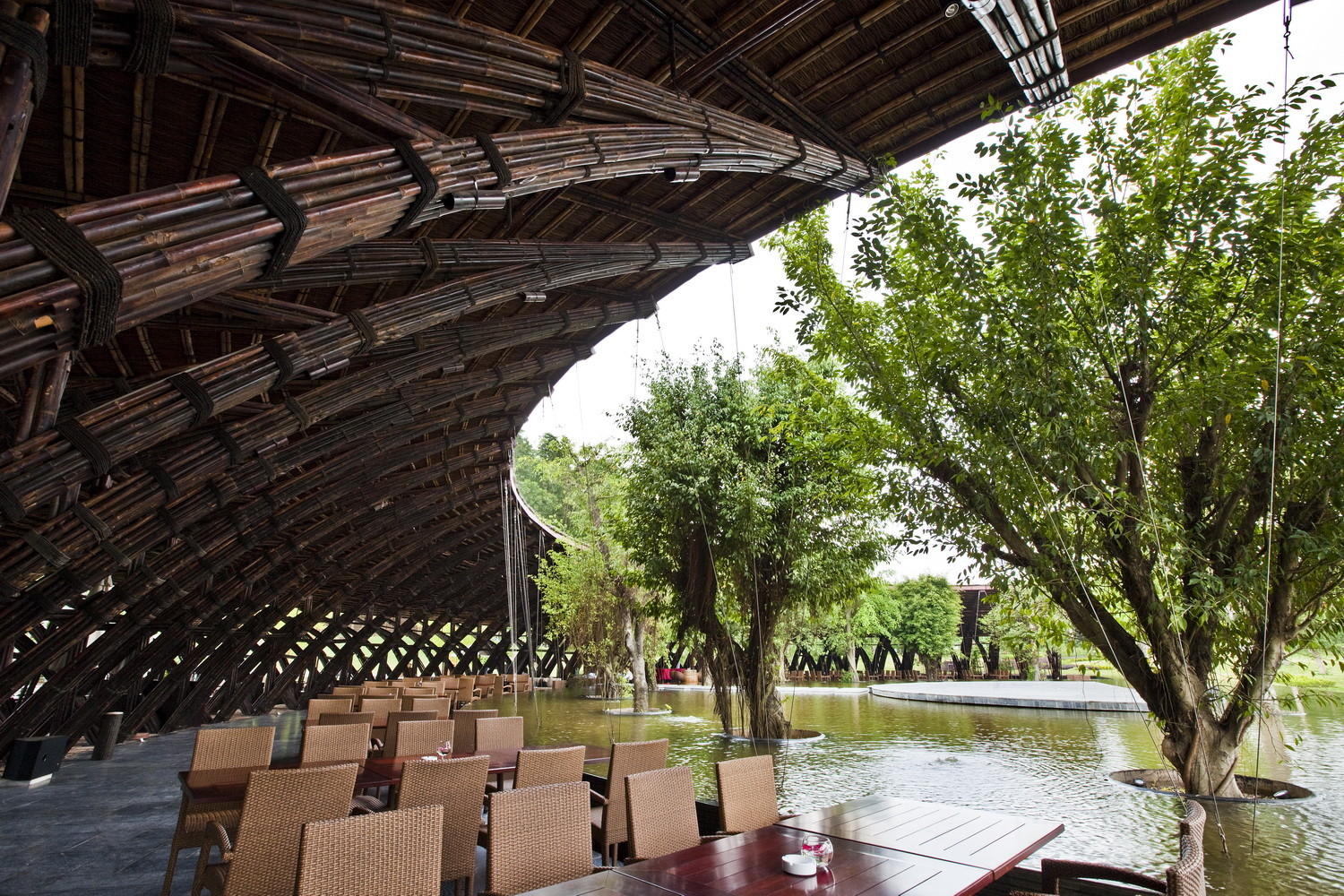 The earlier structure, a restaurant and cafe that doubles as an event space for live music, fashion shows and other uses, was an experiment in creating a pure bamboo structure, with the material forming both the finish and the major structural components. The bird wing-like supports enabled the structure to be completed without external columns, creating an open pavilion with no visual obstructions.

The structure is typical of many Vo Trong Nghia designs, featuring an open air structure, bamboo and an adjacency to water. Vo Trong Nghia has remarked that these recurring features of his designs are inspired by his childhood.

The later structure, the Dailai Conference Hall, also features bamboo in its impressive roof structure, but elsewhere is more varied in its other materials; a striking curved stone wall greets visitors at the entrance to Flamingo Dailai Resort, with perforated stone walls on the interior.