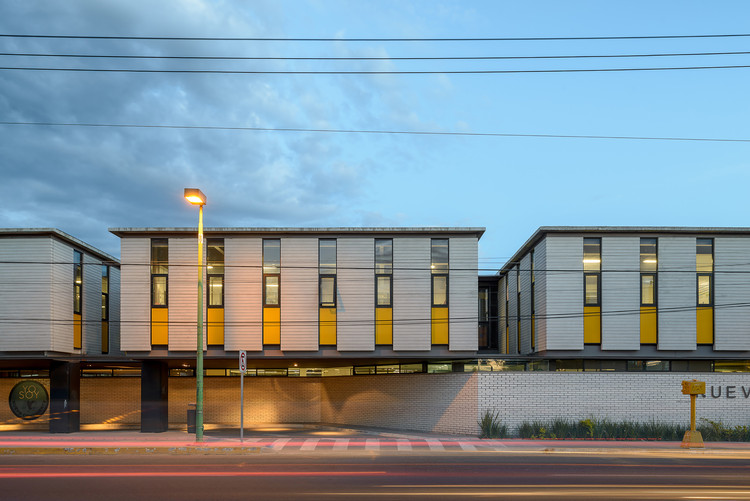 Text description provided by the architects. As a follow-up of the master renovation plan for the Nuevo Continente School, campus Queretaro, comes the opportunity for this new exercise which corresponds to the pre-school building It is one of the key pieces for the school’s image, since it is not only the pre-school building, but it is the piece through which people enter the complex.

It is also the direct contact with the city, taking full dialogue with the urban strip, which, though shy, is already present all the way to this side of the city.

The project is totally generated under three vital premises so as to accomplish the task: meeting a very tight budget, carrying construction in only 5 months and reusing the existing structure as much as possible. After analyzing these points and carefully providing proper functioning to the building, a clear and basic architectural plan is established; a simple executable scheme, achievable in the short term as agreed. Following these rules, the palette of materials responds directly to the determining factors: a building that could be prefabricated in a high percentage, allowing, if you will “assembling all the pieces on site”.

Prefabricated concrete facades, type frames (equal openings), steel structure (obeying the existing structure), fully modulated interior divisions of aluminum and glass and a base of glazed block that provides ease for future maintenance, are the basics that make up the tectonics of the building.

The architectural concept, in three large volumes that are superimposed on a light and dynamic foundation, allowed the visual unification of the two structural stages of the building, both most of the existing structure as well as the new structure. A central hallway that distributes to every classroom, principals’ offices and services, is the unique and clear circulation. In addition, the building has a main pedestrian ramp to access the second floor as a clear posture of accessibility, providing dynamism to the building and fulfilling one of the school’s greatest ideals: being able to access all buildings at different levels through pedestrian ramps.

Color is an important part within the design of the building, both for the pre-school’s image as well as for the identity of the building itself within the complex. The color yellow was chosen as the symbol of the grade and was used in the composition of the facades, establishing a smooth dialogue between the apparent concrete of the prefabricated facades and the pace of the colored window frames.

The result: a building that is very clear in its conception, with a strong and dynamic image towards the city, providing a generous lobby for pedestrians and the vehicles; a synthetic and rational unpretentious project, with clear results. 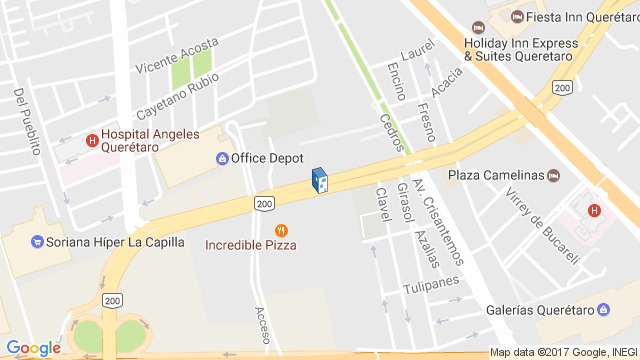