Adding to the world-famous collection of buildings and structures at its campus in Weil am Rhein, Vitra has just unveiled its latest project, a viewing tower and slide designed by Carsten Höller. Located on the Alvaro Siza-designed promenade linking Herzog & de Meuron's Vitrahaus with Zaha Hadid's Fire Station, the new tower offers two ways to see the Vitra Campus as never before: from above, looking out over the other buildings at the tower's viewing platform; and on the dizzying descent, as the transparent roof to the slide gives fleeting views of the buildings around you.

More on the Vitra Slide Tower after the break 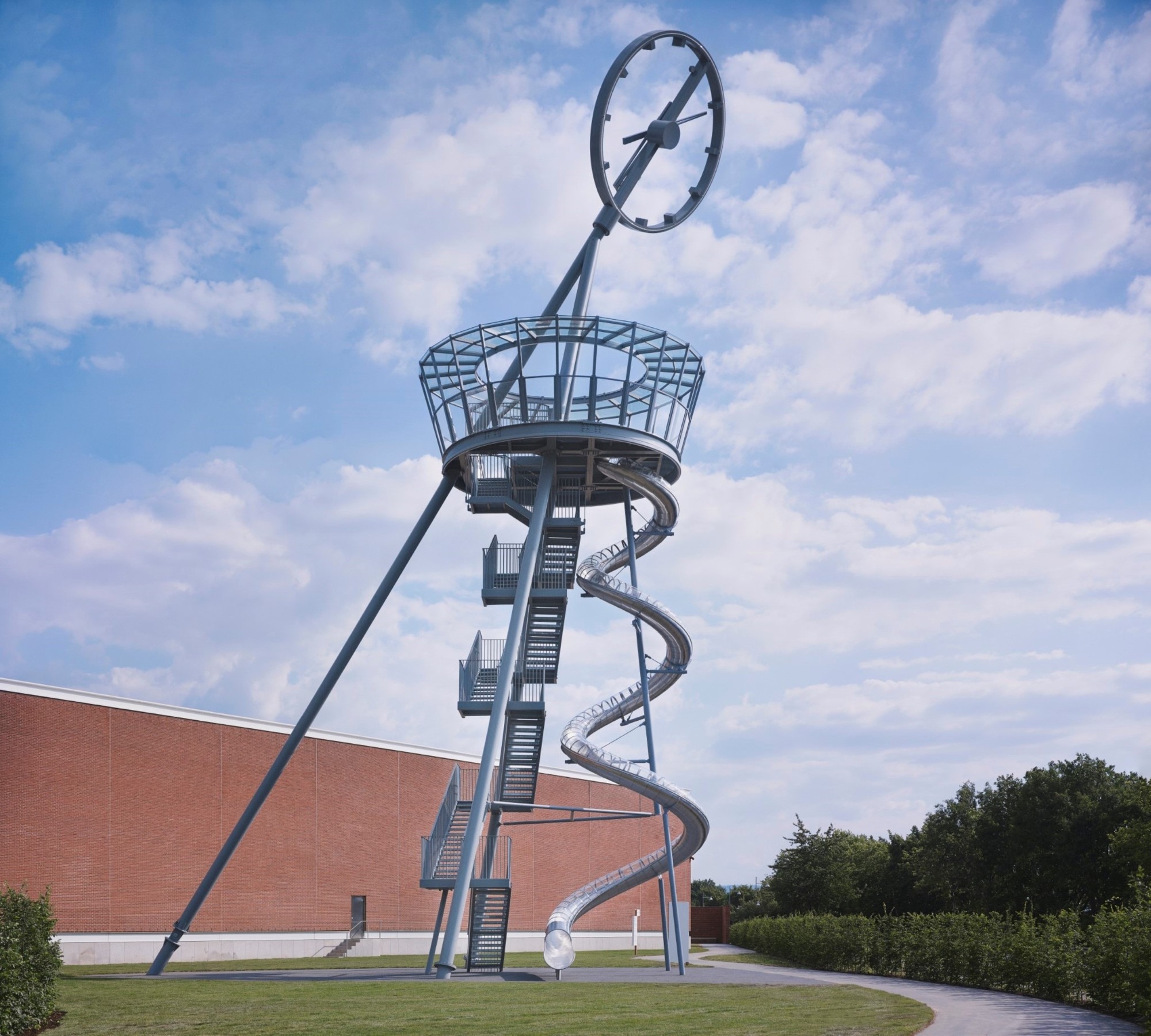 The 30.7-metre tower consists of a slanted tripod of columns which support the glass-encased viewing platform and the spiraling slide. At the top of the tower, where the three columns meet, is a 6-metre rotating clock - a seemingly pragmatic addition to this whimsical sculpture, which nevertheless evades usefulness due to the fact that it is mounted diagonally and does not have numbers, so it is unclear which point is the top.

Slides are a recurring theme in artist Carsten Höller's work, having previously installed slides in the New Museum in New York and the Turbine Hall of Tate Modern in London. Remarking on the slide concept, Höller said: "A slide is a sculptural work with a pragmatic aspect, a sculpture that you can travel inside. However, it would be a mistake to think that you have to use the slide to make sense of it. Looking at the work from the outside is a different but equally valid experience."

He continues: "From an architectural and practical perspective, the slides are one of the building’s means of transporting people, equivalent to the escalators, elevators or stairs. Slides deliver people quickly, safely and elegantly to their destinations, they’re inexpensive to construct and energy-efficient. They’re also a device for experiencing an emotional state that is a unique condition somewhere between delight and madness."