Text description provided by the architects. The project consists in the remodeling of an existing school and the construction of new programs, with the objective of modernizing its infrastructure and give it a new face.

The existing school is a set of two-watered pavilions, where it’s main characteristic are the patios that are formed in between, its height, and the generosity of its eaves.

The project will have 3 action scales based upon different elements.

The first aims at giving the school an order based upon the 4 patios, projecting them as 4 fundamental and different moments of the project. There will be 4 different places, each with its own atmosphere, according to its users and the activities that they do. Games for children, a sports field for the first cycle, common conversation spaces for the second cycle, and an open park for the third cycle.

The second scale has to do with the pavilions themselves. It is conceived upon 2 elements, one new surrounding, based upon continuous plates of perforated metal (where the design is obtained from French motives) and the insertion of skylights on the coverings, in order to give the room a new space, color, light, and natural light, and in the same time, generating a new recognizable face for the school.

The third scale will consist in the elements that are related to the human body and its proximity. A new system of access to classrooms, with colored and graphic doors, an order of lattices in front of the windows in order to generate privacy in the rooms without losing sights or luminosity, and new colored floors, in order to generate warmth and differentiation in the interior.

The new construction will be a pavilion for kids to realize activities and games in an indoor space. The pavilion is defined by its structure, an habitable bridge beam of fast mounting that opens towards the games patio.

Its interior is made of a wooden cover that generates a big bench in all of its extension, generating warmth and a new scale for children. 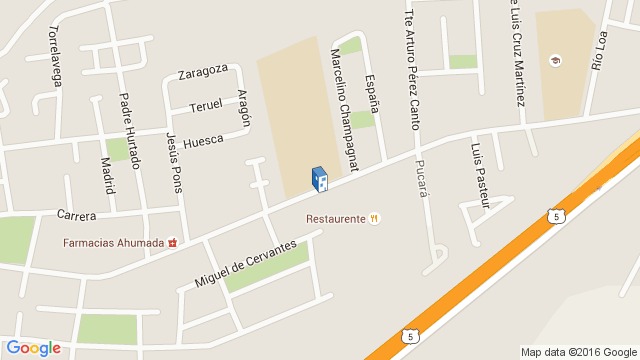