Save
Behind the Living Wall: An Interview with Birgit Siber
Share
Or
Copy

Material Minds, presented by ArchDaily Materials, is our new series of short interviews with architects, designers, scientists, and others who use architectural materials in innovative ways. Enjoy!

Green, or living, walls have begun popping up and growing across commercial interiors everywhere over the last decade. To understand how a living wall functions, and how to design one, we went straight to a pioneer in the profession: Ms. Birgit Siber of Diamond Schmitt Architects in Toronto. The synthesis of natural systems and building systems had been in her mind since her days as a student, but the major break came in 2000, when her team constructed a massive living wall for The University of Guelph-Humbar. To understand how architects are closing the gap between interior and exterior via the living wall, read the full interview after the break. 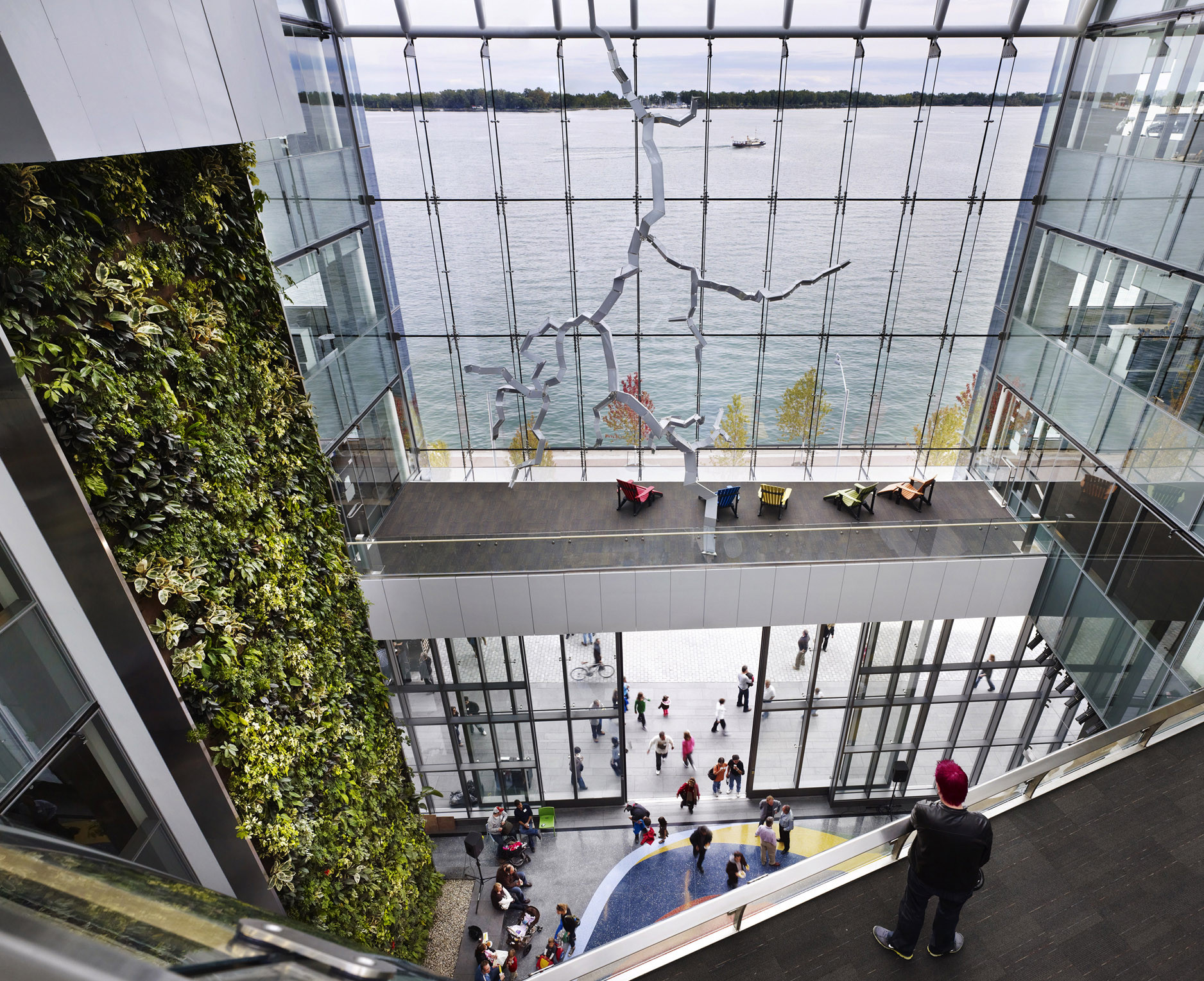 ArchDaily: Where did you first have the idea to research and create the living wall biofilter?

Ms. Birgit Siber: As a student, I was very interested in ongoing research about bringing plants and plant processes into our built systems – both for cleansing grey and black water (i.e. John Todd Living Machines) and removing toxins from the air – to challenge some of our mechanized systems in favour of natural systems. The Canada Life Room in Toronto was the original Guelph University test site for living wall biofilters to cleanse air. The rest was luck; I was the project architect on the University of Guelph-Humber campus academic building in suburban Toronto. We were looking for a way to feature Guelph University’s research in the design. We approached the Guelph University research team. Their seven-year research had just culminated in a Report on Biofiltration in 2000, so the timing was good to address any health and issues about the biofilter’s effectiveness. We pitched the idea to the steering team in stages and miraculously they did not say no. In fact, the living wall seemed to resonate with even the most skeptical, budget conscious members on the team.

ArchDaily: How long was the design process for the living walls? Did you go through a lot of prototypes?

Ms. Birgit Siber: The design coincided with our building design and construction process. We designed the wall from first principles using a team approach involving our structural, mechanical, electrical engineers and eventually the general contractors. We worked together with Guelph U.’s Dr Alan Darlington, who invented the biofilter and went on to form NEDLAW Living Walls, as he was independently going through many prototypes in search for a growth medium that would not sag in a vertical 4 storey application, would hold plants, allow water to percolate down through the plant roots (vertical hydroponics) and air to flow through from the atrium into the plenum behind the wall to the penthouse. We did not have wholesale confirmation that the wall would proceed so I set up a schedule with milestones and our team focused on resolving critical path items in time for approval and implementation. We attained approvals on a sequential basis. Only when the steering team approved the purchase of two biofilter return air fans and silencers to be hoisted into the mechanical penthouse, were we sure that the Guelph-Humber biofilter wall would go ahead. There was enthusiasm and good will on the part of all the players that helped pave the way to realizing the biofilter living wall.

ArchDaily: You now have the data to support the living wall’s effect on air quality; did you have any idea how well it would do during the development phase?

Ms. Birgit Siber: We knew from the Canada Life Room Study on biofiltration released in the year 2000 that the living wall would have a measurable effect and no adverse health effect. The Guelph Humber installation and others have contributed to a body of research that demonstrate that the rate of air moving through the system can be far greater than first anticipated by the Guelph University research team while still maintaining the same efficiency of removal of toxins. There are also now statistics on the contribution to odor, dust and spore reduction.

ArchDaily: If an architect were using a living wall system, they would want to integrate it early in the design process, but is there potential for living walls to be retrofitted into older buildings?

Ms. Birgit Siber: There are examples of older buildings with living walls such as the Toronto Region Conservation Authority and the Direct Energy Centre, also in Toronto. The former has tied the living wall into the mechanical system, the latter is a stand alone system which recirculates the polished air to the immediate area with fan power. The final solution to integrating a living wall into an existing building depends on site specific opportunity.

ArchDaily: What types of plant materials do you have to use in a living wall system to achieve growth on a vertical surface?

ArchDaily: Is there opportunity to integrate grey-water systems or rainwater collection into the hydroponic system of your living walls?

Ms. Birgit Siber: Absolutely. We did this for The Royal Botanical Gardens in Burlington, Ontario, which uses collected rainwater to provide the water to the living wall. Whether this is done is dependent on the jurisdiction and their receptivity to rainwater or grey-water reuse.

ArchDaily: Explain what feels like to be near a living wall.

Ms. Birgit Siber: I feel a light cool breeze coming off the living wall and the scent of plant life. It feels as though nature has been invited in on a grand scale…and I believe that affects us on many levels.

For more Materials, check out our new US product catalog, ArchDaily Materials.