In 1994, a routine construction technique that has been practiced in Hong Kong for over 100 years caught the attention of photographer Peter Steinhauer - and led him to put almost a decade of work into capturing this unique urban phenomenon. The bamboo scaffolding and fabric wrappings he photographs serve the simple purpose of catching construction debris, but at a glance they look more like works by Christo and Jeanne Claude, the artists that have made their name wrapping buildings like the Reichstag in Berlin.

The resulting photos showcase the colossal towers of Hong Kong wrapped in brightly-colored fabric; their usually varied facades are made monolithic, like a plastic massing model rendered full-size. Steinhauer named his photo series "Cocoons" due to the effect they create over time: the buildings metamorphose under cover and emerge transformed.

Read on for more photos of these urban cocoons 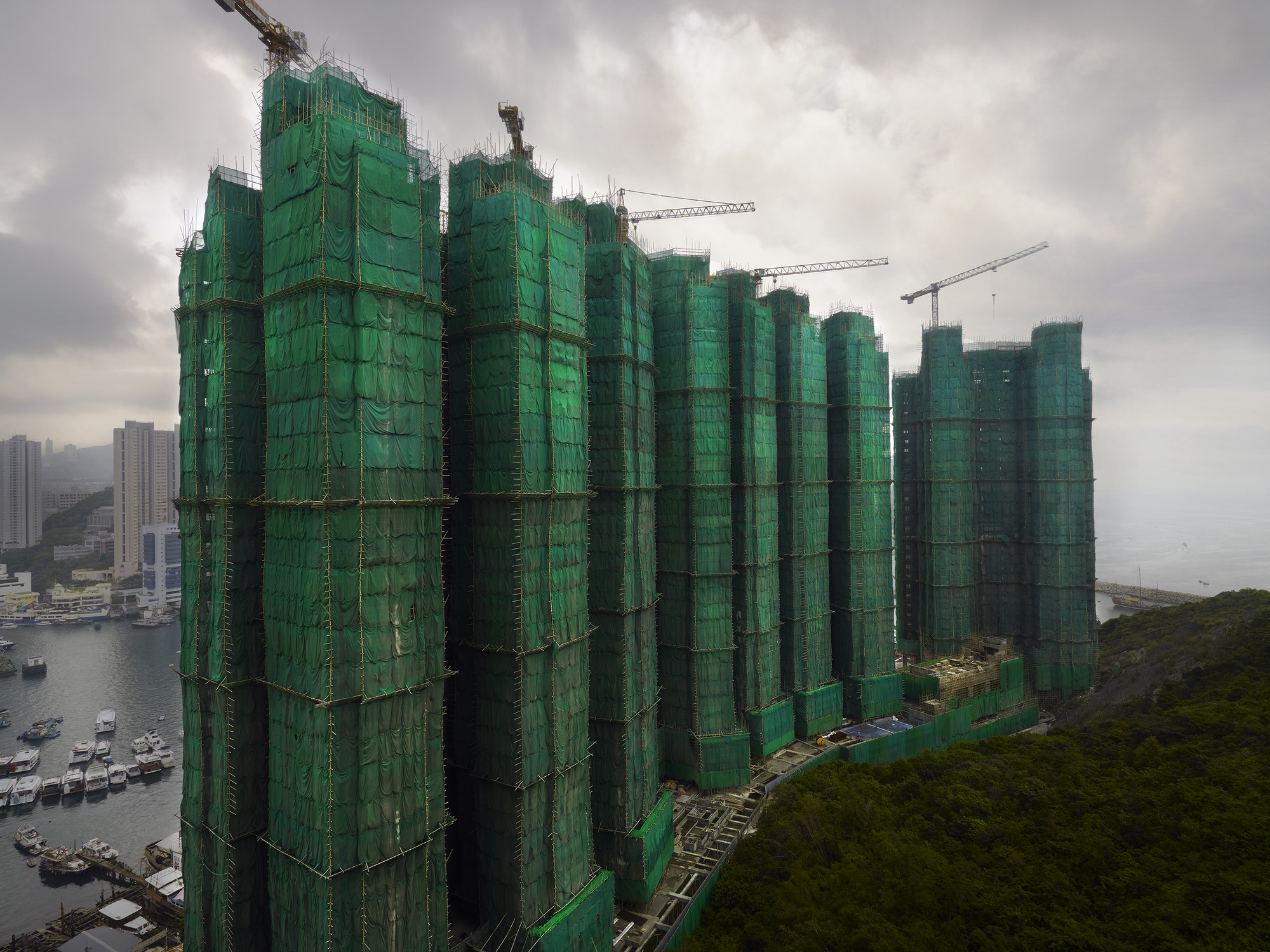 Steinhauer moved his family to Hong Kong in 2007 so that he could photograph the structures on a regular basis, a process which involves early starts and hours of driving the city looking for new construction sites. Once he finds a building to photograph, getting the right angle can be a challenge - fortunately there is a law in Hong Kong which makes it illegal to lock access to roofs, so after Steinhauer manages to bypass security at a nearby residential building he can usually find a good vantage point.

The fabric itself can come in a range of colors, adding a certain variety to the monotone monoliths. Apparently green and beige are the most popular, so Steinhauer likes to hunt for the more rare blue and yellow varieties. Some even come equipped with enormous adverts, such as the 40 story near-nude Calvin Klein model. But no matter what the appearance, after each construction job, the bamboo scaffolding is reused elsewhere and the fabric and plastic ties are recycled.

However, while the photographs show these wrapped buildings as an artistic urban oddity for Hong Kongers they are a sometimes all too inconvenient phenomenon, something which Steinhauer found out the hard way after a year of working on the project. The cocoons are not just used for new construction but also for maintenance works, and when the external tiles were replaced on Steinhauer's own building his family faced nine months with views of nothing more than a green sheet. These structures may look incredible from all sorts of viewpoints - but inside is not one of them. 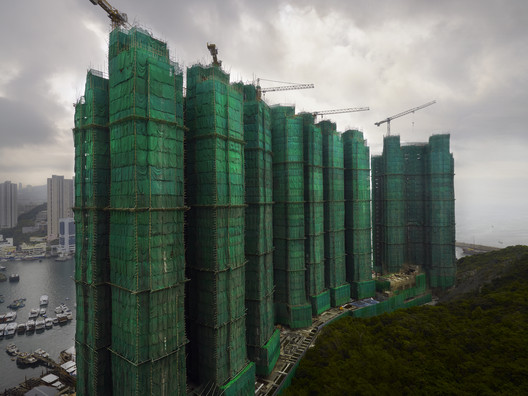