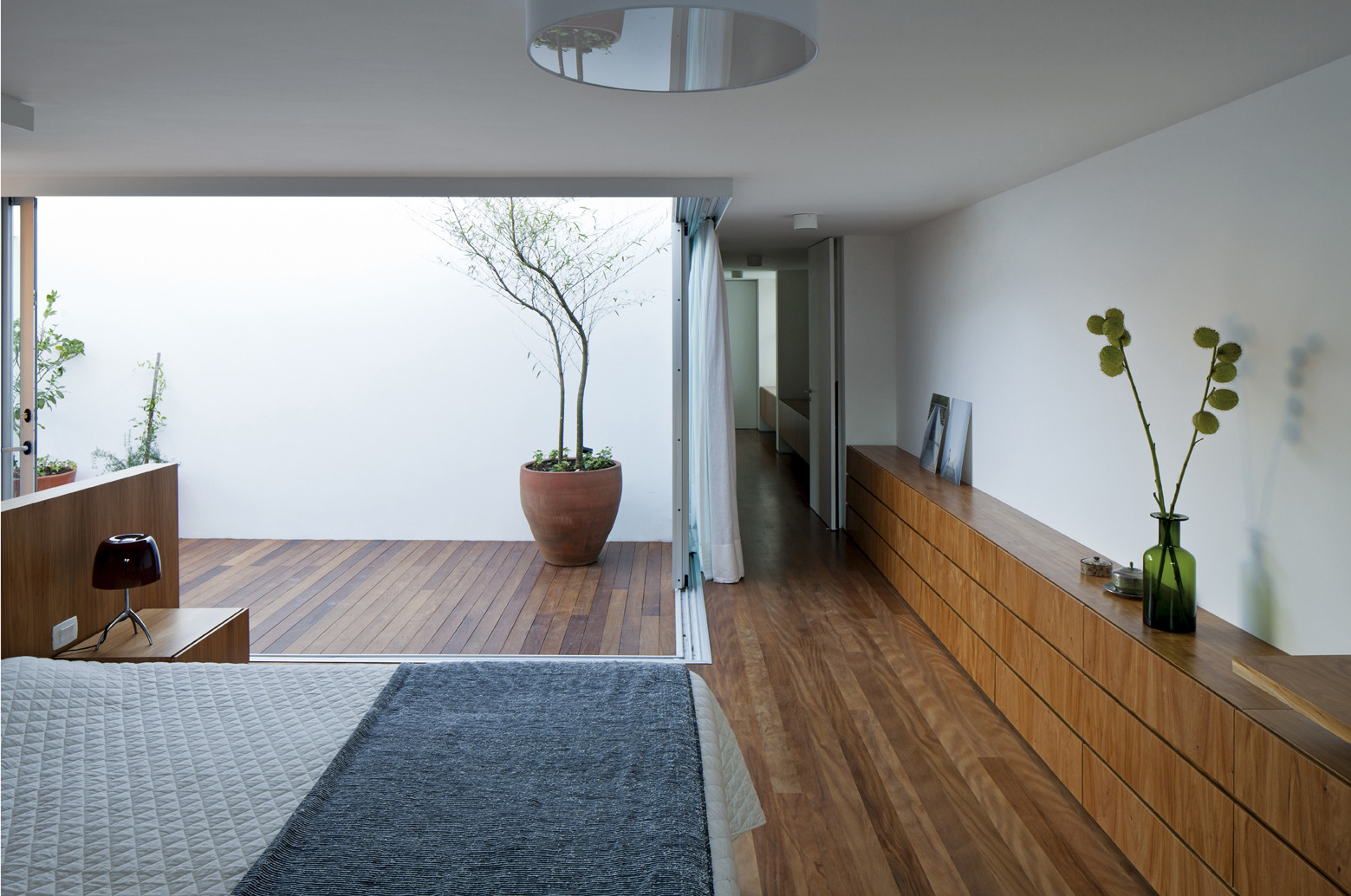 Instead of being completely demolished, an existent construction is maintained and interpreted as a solid to be excavated, designing its negative-spaces to subvert the old spatial syntax. Three resulting suppressions reorganize the program, creating internal patios as ‘decompression areas’ between uses and as graduation between interior and exterior.

The first suppression permits turning the old garage in the lower-level in a double-height living-room, now connected to the forgotten backyard. The second one creates a suspended double-height patio in the intermediate level, inserting a tree between studio/tv room (intermediate level) and children rooms (upper).

The third cut brings an intimate patio as extension of parents-room in the upper level. Seemingly random, the openings in the façade respond to accurate positioning framed views from the interior.