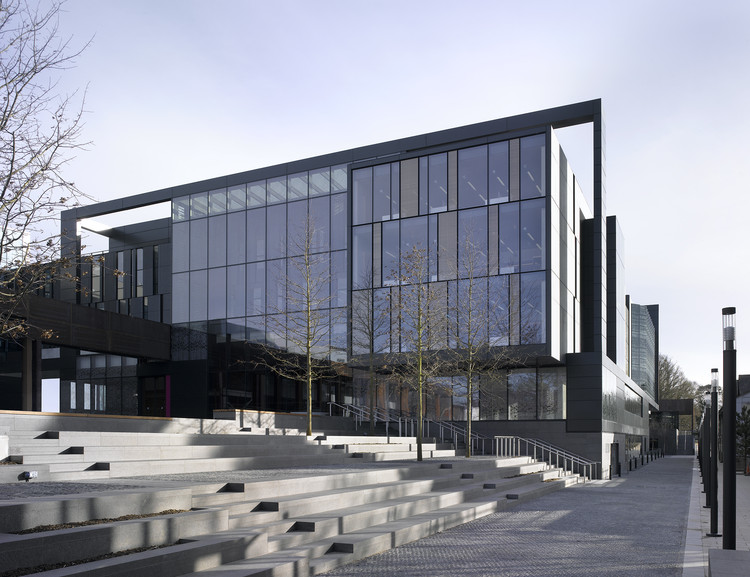 In the context of historic piecemeal development, the need to address the campus as a whole was recognised. This was then enabled by the production of a masterplan in 2007. Originating as a standalone student centre, the concept was developed to more fundamentally and visibly connect the existing campus, and in doing so provide a suite of internal and external spaces of the highest quality, as befits the University’s academic status.

The design approach was closely allied to this ambition, and one of environmental performance. Close coordination between environmental engineer and architect was undertaken from the outset to develop and test iterations of the design in a virtual environment. The integration of structure, services and architectural elements brought similarly close, collaborative working amongst the design team.

The building is principally of a hybrid insitu and precast concrete construction. Structural materials, in particular concrete, are integral to the appearance and environmental performance of the building. These are placed alongside and in contrast with other, largely self-finished materials.

The exposed concrete provides thermal mass, which tempers heating and cooling loads in parallel with natural ventilation. Concrete’s robustness is appropriate, and its use allows partitions to be demountable, providing a flexibility of accommodation in anticipation of changing teaching patterns. Precast elements are largely used where benefit can be gained from repetition. In situ elements include geometrically and structurally more complex components.

The project was subject of a two stage tender, with a ‘mini package’ process to select the final contractor from a shortlist of 2. Tender packages were reviewed in an open book forum for transparency and best value. Early contractor involvement enabled by the two-stage tender facilitated familiarisation with a large and complex construction project, development of construction methodologies and the bespoke facade systems. The project was undertaken under an NEC3 traditional contract.

Ambition for architectural quality derived from the brief. Rigorous review was undertaken, including by the South East Regional Design Panel as part of the Planning process. Functional quality was addressed similarly, a consultation and briefing process included meeting with the University's Environmental Group. Close coordination among a design team incorporating specialist consultants addressed these ambitions.

Full size mock-ups of concrete frame and facade elements allowed quality to be assessed and improved prior to fabrication. A full time on-site consultant team, the main contractor and specialist subcontractors worked closely to develop and coordinate subcontractor design. In conjunction with the NEC3 contract this organisation allowed timely identification and resolution of issues.

The project is of a scale not previously undertaken by the University. As such, it was subject to a process of tight cost control. Ultimate value perhaps derives from the realisation of an intervention on such a scale, in one step. As such, benefit to the experience of students, staff and public alike is greater than separate smaller buildings.

Since the opening of its new Abercrombie building in 2012, the School of Architecture has enjoyed an appreciable rise in applications to its courses, one indicator of the project’s success. Indications since the opening of the John Henry Brookes Building in March 2014 are of a student body at home in their new building from the outset, and of University staff responding with great enthusiasm.

‘…the beginning of a great modern cathedral of learning’ Shami Chakrabarti, Oxford Brookes Chancellor, speaking at the opening of the new Abercrombie building 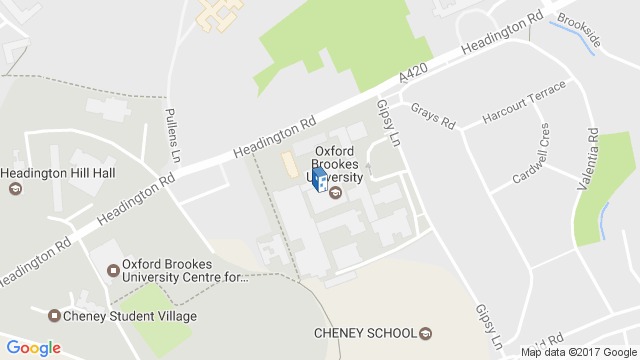