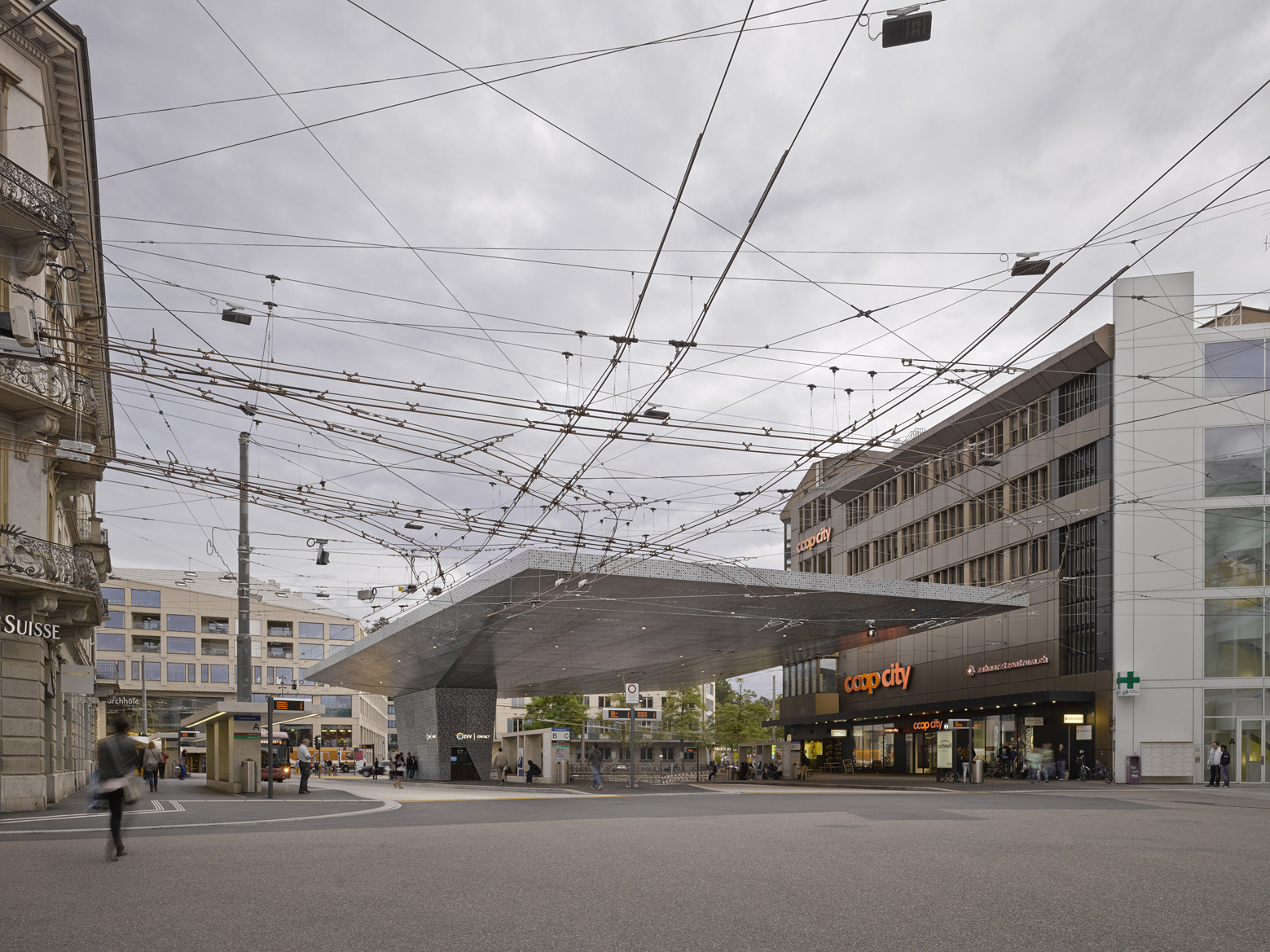 Text description provided by the architects. The Station Square of Winterthur is located on a strategic location between the old city, the train station and an upcoming retail and office district. Almost 100’000 people cross it every day as pedestrians – at the same time it’s the heart of Winterthur’s city bus lines.

Before the redesign of the square there were several canopy constructions in barrel shape, built in the 80s. They over-filled the square with their high number of roof elements, columns and equipment. The old city was hidden behind this canopies and the square was divided into zones.

The new project is unifying the square and we worked hard to keep the pedestrian level as open as possible, for a better orientation and to generate generosity. For this reason we created a big roof construction without visible columns. Also all the overhead lines are fixed directly on the roof and create a floating grid. The minimal and precise roof body brings a clear new organization of the urban space and stands as a welcoming sign for arriving visitors of Winterthur.

The project’s most important and defining element, the sculptural roof, has a cantilever of up to 34 meters (112 feet). It’s asymmetric base contains a ticket kiosk and is built out of 6 steel pillars, each taking weights up to 1200 tons. Already in the competition phase, architects and engineers worked very closely to conceptualize the light steel structure. A laser perforated aluminum skin dresses the structure and allows the daylight to shine through.

An existing pedestrian underpass was transformed into new rooms for the bus drivers. It offers a new infrastructure with recreation rooms, wardrobes and a couple of sleeping rooms. 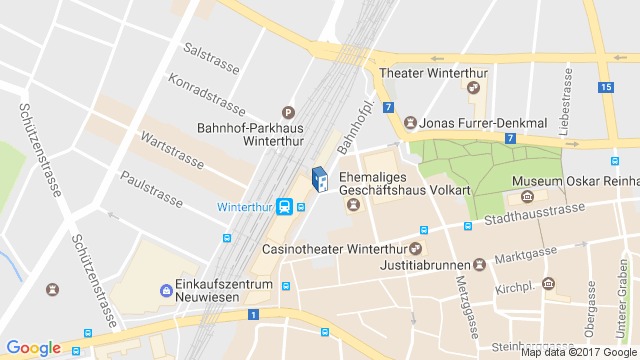 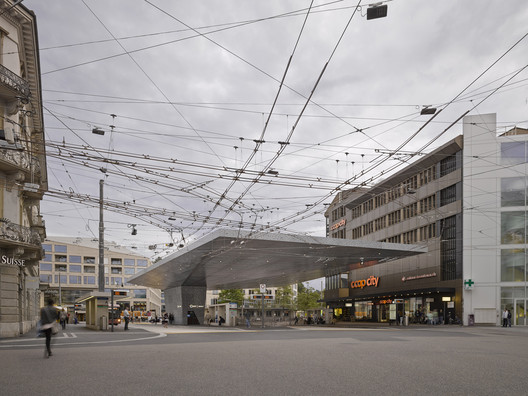