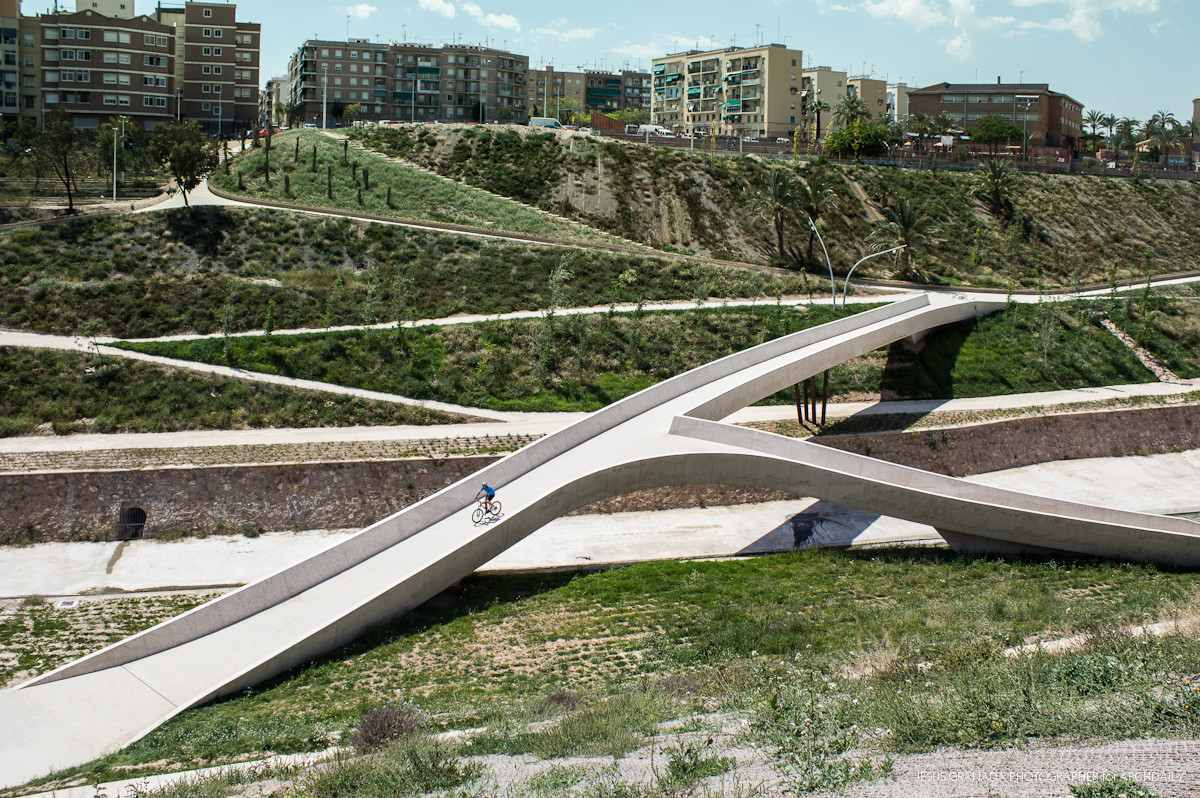 Marseille has the largest urban harbor in Europe, but until recently it was inaccessible and uninviting. In 2009, the City Council and the Marseille Provence Métropole launched a competition to revitalize the port, resulting in the plan by Foster + Partners and Michel Desvigne. The design gives back the water's edge to pedestrians by restricting access to cars, and by moving other uses such as boating clubhouses onto floating docks. The plan also features a large rectangular shade to encourage informal gatherings and provide a focal point for events.

The decision in the 1970s to give a concrete bed to the Vinalopó River in Elche may have stopped problems with flooding in the area, but it also had a permanent effect on the adjoining neighborhoods, with the UNESCO World Heritage listed Parmeral Palm Grove cut off from other areas of the city. This scheme by Grupo Aranea reconnects the two sides with a network of paths and bridges based on the most popular routes suggested by residents.

Altach is home to one of the most concentrations of Muslims in Austria, however until 2012 these people did not have a cemetery which catered to their specific religious needs. The design of this cemetery by Bernardo Bader Architects features walls which are oriented to face Mecca, as well as facilities for ablution rites, congregation and prayer.

After the demolition of La Lira Theatre there was a noticeable scar left in the urban landscape of Ripoll. The reconstruction of this theatre repaired the visual damage, but also by keeping the new theatre open it becomes a new public space in the city, and even offers a new route through to the city centre.

On the outskirts of London, this scheme protects an area of wetland habitat which has become a hotspot for birds, while also providing urban dwellers with access to this wild landscape through the addition of footbridges and bird-watching lookouts.

While the city of Helsinki was deciding what to do with a disused railway line which carves through the urban fabric, they temporarily converted the track into a pedestrian and cycling corridor, allowing a direct link between Länsisatama and the city centre. This temporary use has proved so successful that the proposed permanent solution of covering the cutting seems unnecessary - there are even talks of expanding the Baana network to other parts of the city.