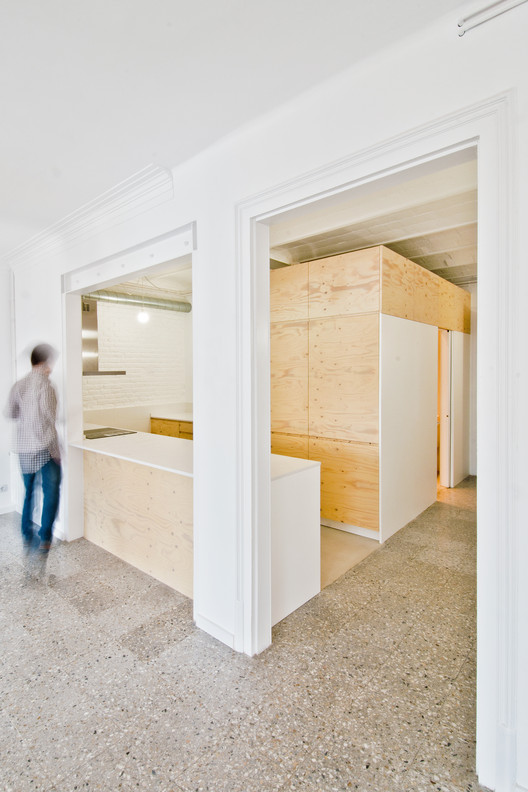 Text description provided by the architects. This early twentieth century apartment located in the left Eixample of Barcelona, had two rooms facing south-east while the living room has a north-west orientation facing the interior courtyard through a small gallery. The central area of the flat, including the kitchen and two small rooms, was very dark and had a fragmented distribution.

The project starts from the desire of the owners to renew the services and facilities (completely outdated) while trying to improve aspects of natural light in the whole flat. Due to the low budget, we proposed to maximize all the existing elements and allocate the main part of the budget to facilities, kitchen and bathroom.

In this sense, the whole operation will focus on the central area where a complete renovation is proposed to obtain an empty space. The walls and the suspended ceiling are removed, so the original catalan vault and the brick walls are displayed. A new opening connects the kitchen space with the main room, improving a better lighting and boosting domestic relations of the inhabitants. The new opening is solved with a metal framework that relates to other existing wood joineries.

The kitchen and bathroom are conceived as a single piece of furniture which is inserted into the empty space. A fir plywood is used to introduce some warmth to the combined set with white lacquered Dm. The new pieces are solved with a polished concrete pavement. The rest of the apartment’s pavement is restored. The sleeping area was paved with hydraulic tile in good condition, while the living area was curiously paved with a gray terrazzo allegedly from the same era, and not a later addition. We give the same value to both materials. We replace damaged parts of the terrazzo for other pieces we took from the entrance area and we polish the whole pavement.

Finally we paint the entire apartment in white to improve natural lighting and homogenize the different rooms and surrounding textures. 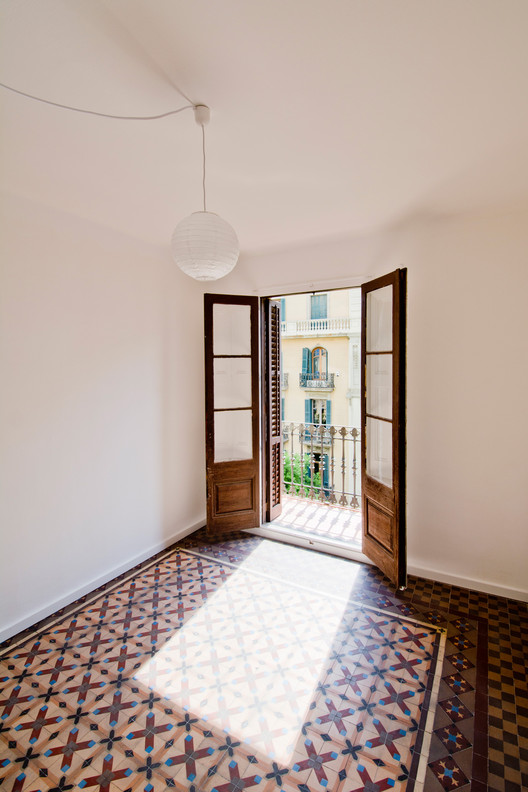