Save
Museum of Pontevedra, First Phase / UP Arquitectos 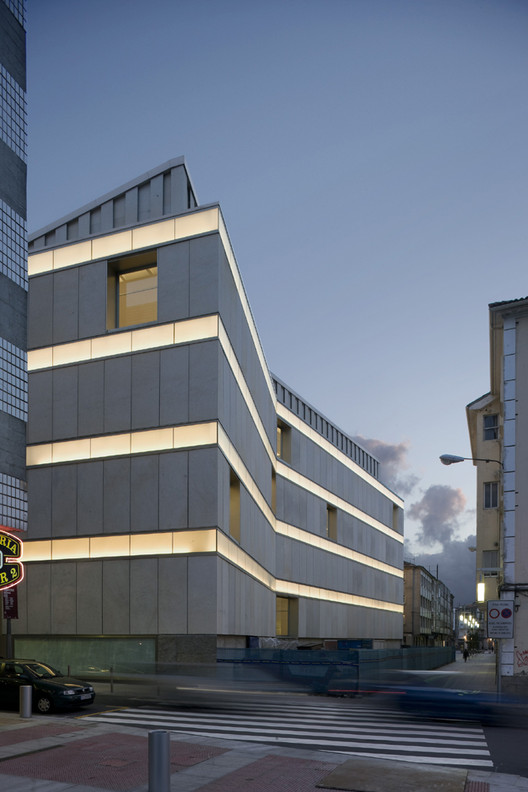 Amplify or build a new building. What is the critical mass that converts the former into the latter? From the outset we understood that the building to be rehabilitated (the old school in C/Sarmiento, located in the historic centre of Pontevedra) should be completed with a construction that made it a unit, in a new block of the city. But such was the importance of the program required, around 10,500 m2, that it was truly difficult to balance said construction with that which existed already.

And if the project were to be divided in parts, which, like a balance, gravitate around a public communication space? And what if this new element were to be an opportunity for the city? Balancing the strengths and urban nature, the gift of the Project: conserving the trees and their prolongation towards the urban area establishes a walkway through the block’s interior and joins the broadest route through the narrow streets merged with park areas of the historic center.

Traditionally the exhibition rooms and halls of a museum are part of the same building, and as such it is difficult to balance the opening of a safe building towards a green exterior area which is part of the urban transit. We propose a parenthesis, a pavilion within the new garden belonging to the old volume and the new, and which converts via its segregation the rest of a space for new opportunities (restoration, social events, presentations, cultural events) which all museums at present. Against the freedom of the central pavilion, the other two, (old and new) show themselves to the public through the steps connecting the reception area.

The building-door inserted in the garden contains all the public area without cultural installations. Its use is complementary, communicative and diffuses the museums contents when the rooms are open, or as a centre for cultural diffusion when hey are closed. The different floors are rooms of lost steps, rooms open on the perimeter to the garden, where the public learns of the museum contents.

The two boxes complete the block, the old and the new floor, are seen as hermetic stone elements. The new volume follows the urban stretch of the streets and follows the line of the existing wall on the northern façade, blending with the rest of the city’s cultural circuit. With skylights impossible as the rooms are piled on each other, the natural light is present through the manipulation of the structure and is converted into ‘zenithal windows’ as they coincide with the facades.

In the search for balance between the parts, the apparent lightness of the glass of the pavilion-garden is balanced by the use of a heavy concrete structure and granite pavements. On the contrary, the hermetic building of large granite paving stones aims to lighten itself via the horizontal fenestration, through which the light appears by day and night. The concrete interior contrasts with the apparent lack of gravity of the structure and with the technical floor of whitened wood through which the air conditioning passes. 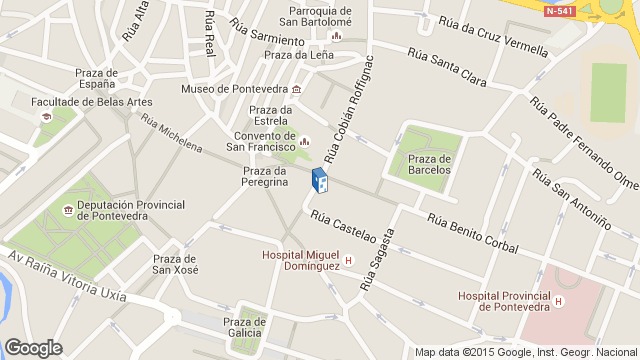