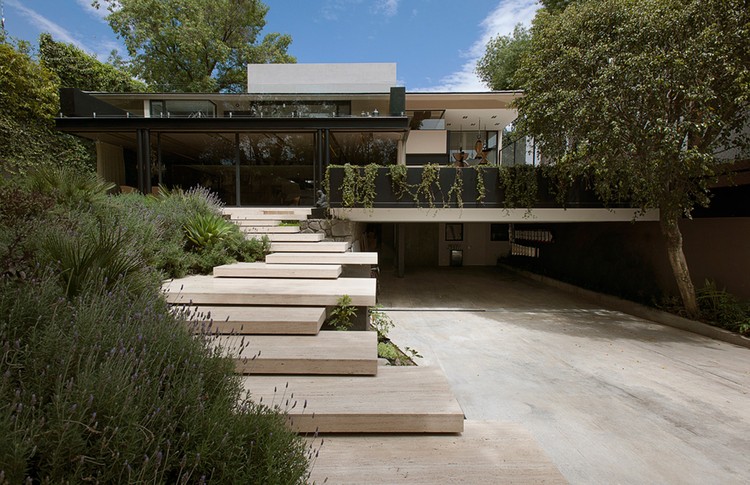 Text description provided by the architects. The east west orientated single-familiy home, was originally built in 1976, is located on the backside of the site, what provides privacy from the nearby road. At the same time the house benefits of the site’s natural scenery, as it provides a great view, adequate ventilation, thermal balance and luminosity.

The aim of the renovation of the house is articulating the horizontal and vertical with the exterior in order to ease the flow between the different spaces through courtyards, gardens and terraces. These bonds create crossed views of every room in the house.

The major decision was to remove all unnecessary existing components in order to restore the original volumetric value of the house as well as to enhance the original building materials. The contrast between existing and new materials is a constant theme of the project.

All volumetric additions improve the existing structural values such as lightness, horizontality and openness. Remnants of demolished slabs, terraces and buildings of the original structure were used to create terraces and patios.

There was a constant strive to allow open views onto the surrounding environment. To both, the already existing and those introduced by the new design, like pateos, ponds and gardens. The permeability of the translucent facades plays an important role in the design of the house, as it interweaves interior and exterior spaces in social and private areas.

The first floor, including all public areas and the private second floor are joined by a helicoidal stair and a lobby which accordingly is roofed by a circular dome. All spaces in the house, bedrooms included, have two wide windows from end to end allowing a view that goes beyond the architectural volumes.

Materials: The original structure as well as the added structure is left in its bare state to emphasize the contrast between original concrete and the new steel structure. Avoiding styles and favouring a more pure and timeless canvas, old surfacing materials were removed to show up the original structure in its natural state. Mexican marble (Travertino and Santo Tomás) can be found in almost all spaces of the house, except in the main bathroom where the material has been imported (Minsk and Arabescato. 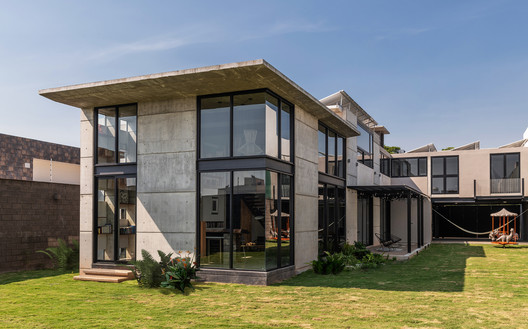 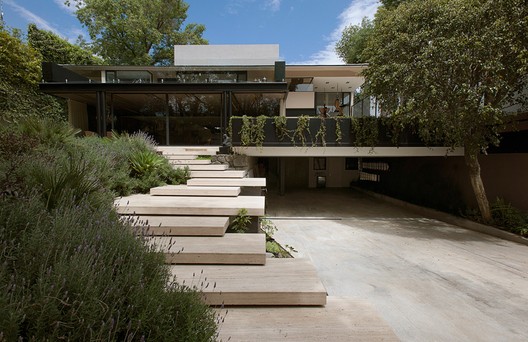