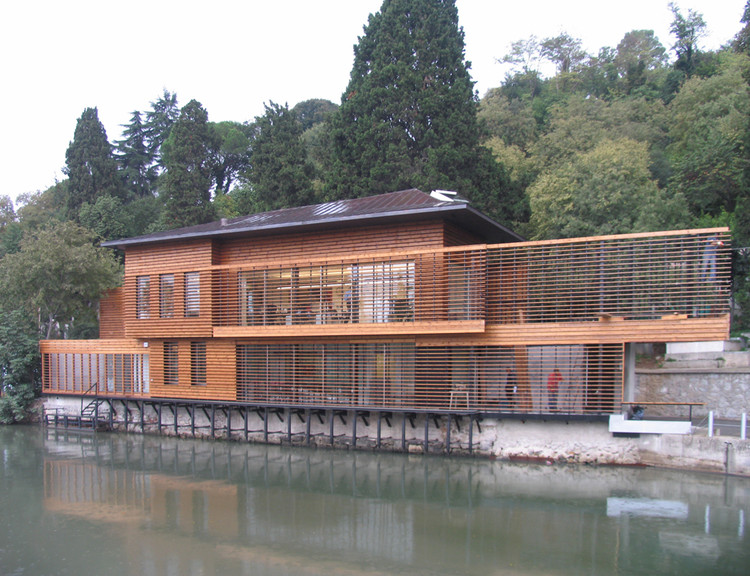 Text description provided by the architects. The Bosphorus is one of the world’s most distinguished places with its unique landscape. The sea is there, exquisitely placid, the fertile land has suffused the valley in every shade of green. Its shores, which in the past were used as summer retreats, preserve this character and atmosphere to a large degree. While the European side has undergone a greater number of changes, the Anatolian side has protected itself from the violence of modernization, with a few exceptions.

Architecture’s motto, “you should build on the ugly part of the site” paralyzes the architect: “then you can’t,” he thinks, “do it anywhere along the Bosphorus!”…The very beauty of the Bosphorus does pose a threat for the architect as well as it inspires. Nevertheless, architecture can sometimes, though very rarely, “bring out the beauty of a place”…

The office building is on the Anatolian side of the Bosphorus; not right on the shore but a little further inland, along the Göksu creek. On the slopes behind it there is a cemetery, the fishing boats lined up all along the creek contribute with their faintly discernible rhythm to the tranquility of the spot. Here, a person forgets that he or she is at the center of one of the largest metropolises of the world.

The lot is exceedingly narrow. The building is constructed on the traces of two tiny dwellings that used to be here: these traces serve as guidelines for the locations and silhouettes of the building and the open spaces. The building wants to take advantage of the view as much as possible, it wants to be as transparent as possible form the interior, but at the same time it should be sheltered from the sun and maintain its privacy. And when seen from the outside what it wishes is not to be different from the surroundings, but to dissolve within them and remain inconspicuous: to blend into the greenery of the slopes, to mingle with the boats by the shore… For this reason it conceals its interior with a wooden veil and it surrenders itself to the tranquility of the place.

The decisions regarding the silhouette and materials take shape through a harmonious dialogue established with the memory and landscape of ‘place’. The building merely wishes to reveal and bring out, to display what is already there, latent. 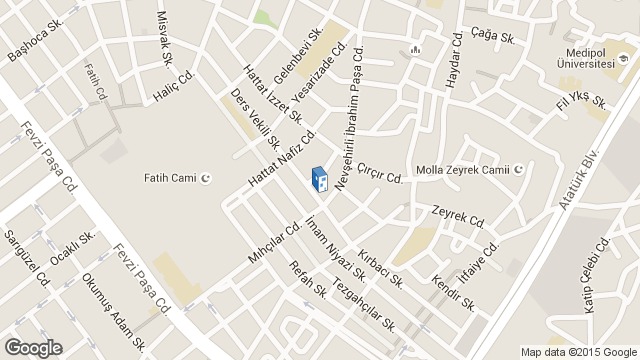 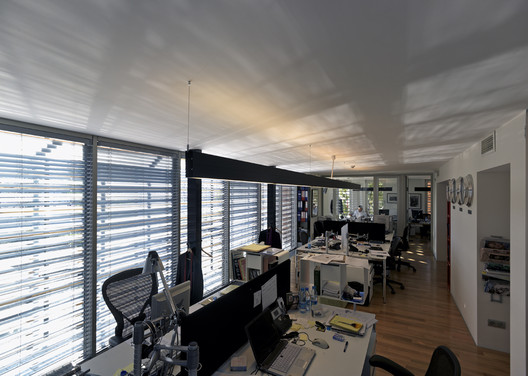 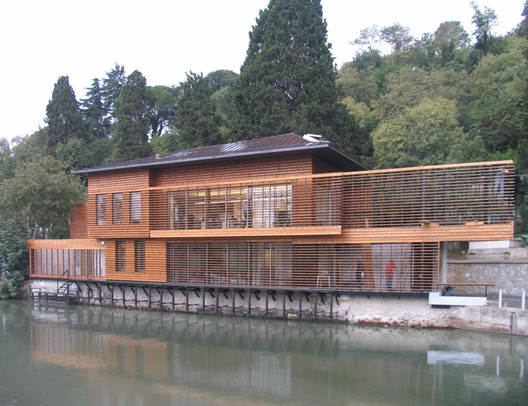