Save
School of Design and Institute of Urban Studies / Sebastián Irarrázaval 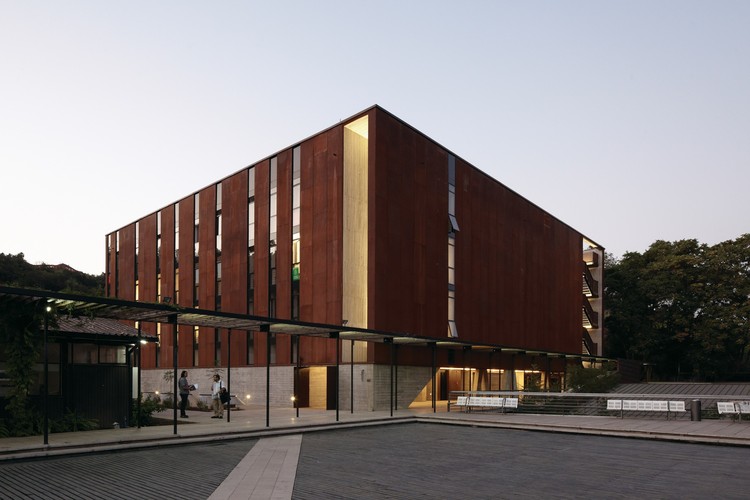 It can be argued that the community that inhabits Lo Contador Campus of the Catholic University of Chile in Santiago – which in its origin was a colonial hacienda- identify themselves with the presence of the patio like organization of It and that the presence of the old hacienda house impregnates the rest of the campus with its order and character. Taken in account these simple strong truths, I thought that a new building in such historic context with this architecture masterpiece should incorporate the wise lessons that were there to look at and try to respond to the following questions: Firstly; how to organize spaces. Secondly; how to create order and third; how to create an atmosphere.

With regard to the organization of spaces, the program of both the School of Design and the Urban and Territorial Studies Institute are distributed along two patios of quite different proportions. One is proposed extremely narrow and the other; extremely wide. In order to reinforce the inner character of both patios, the surfaces of their boundaries are covered with white tinted wood ventilated facades. This intimate universe is strongly contrasted with the outer surfaces of the volume, which are covered with rusted steel. Sings of this inner world can be grasped from the outside in the voids created in each façade. This kind of contrasts are also present at a smaller scale in the inner spaces where dividing walls and windows frames are also done with wood in strong opposition to the exposed concrete of the structure.

Relating to the creation of an order; it is important to highlight the fact that the above-mentioned colonial house is ruled, on the one hand by a strong composition of axes that rest in a parallel grid and on the other; in a persistent repetition of elements and rhythms. This elemental way of doing architecture is resembled in the new building through the composition of the plan  and the facades where , for example, all opening have same size.

With reference to the atmosphere, it is important to mentioned first; that the character of the old house is given by the fact that luxury is present in proportions rather than in materials and second, that the kind of light in the inner spaces is qualified by the deepness of the openings, the vertical proportion of them and the predominance of the wall over the window. All this strategies can be seen in the new building.

Finally, with regard to the integration of the nearby and the faraway context, the following can be said: In order to integrate the building with the nearby campus, apart of what have being said above, the strategy consists of creating a concrete podium that integrates the building with the rest of the new constructions where concrete is highly predominant. In order to incorporate the faraway contexts given by the surrounding mountains, it is proposed a terrace on the top that overlooks the landscape through a frame. This is the gift that is given to whom finally arrive there. 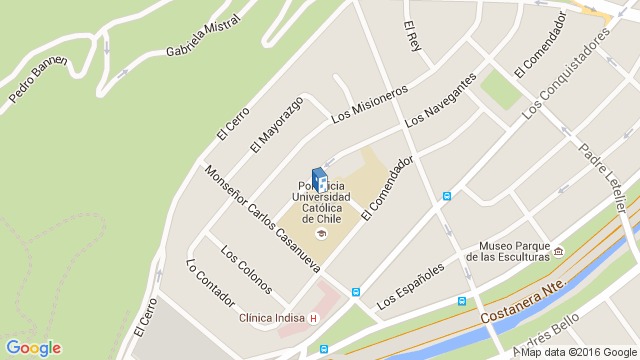