Save
eVolo Skyscraper Competition 2014: A Skyscraper That Grows
Share
Or
Copy

YuHao Li and Rui Wu were recently awarded third place in the 2014 eVolo Skyscraper Competition for their proposal of a skyscraper that grows. Using 'carbon capture', an emerging practice aimed at capturing and containing greenhouse gases, Propagate Skyscraper uses a simple, vertical grid scaffold to act as a framework for building, or growing, the volumes. "Ingredients for material propagation" are supplied through the scaffold, while its actual pattern of growth is defined by environmental factors (such as prevailing wind and the saturation of carbon dioxide within the immediate atmosphere). Although each resulting structure is distinct in formal expression, the structure maintains a regular spatial organisation, allowing it to be easily occupied and adapted. 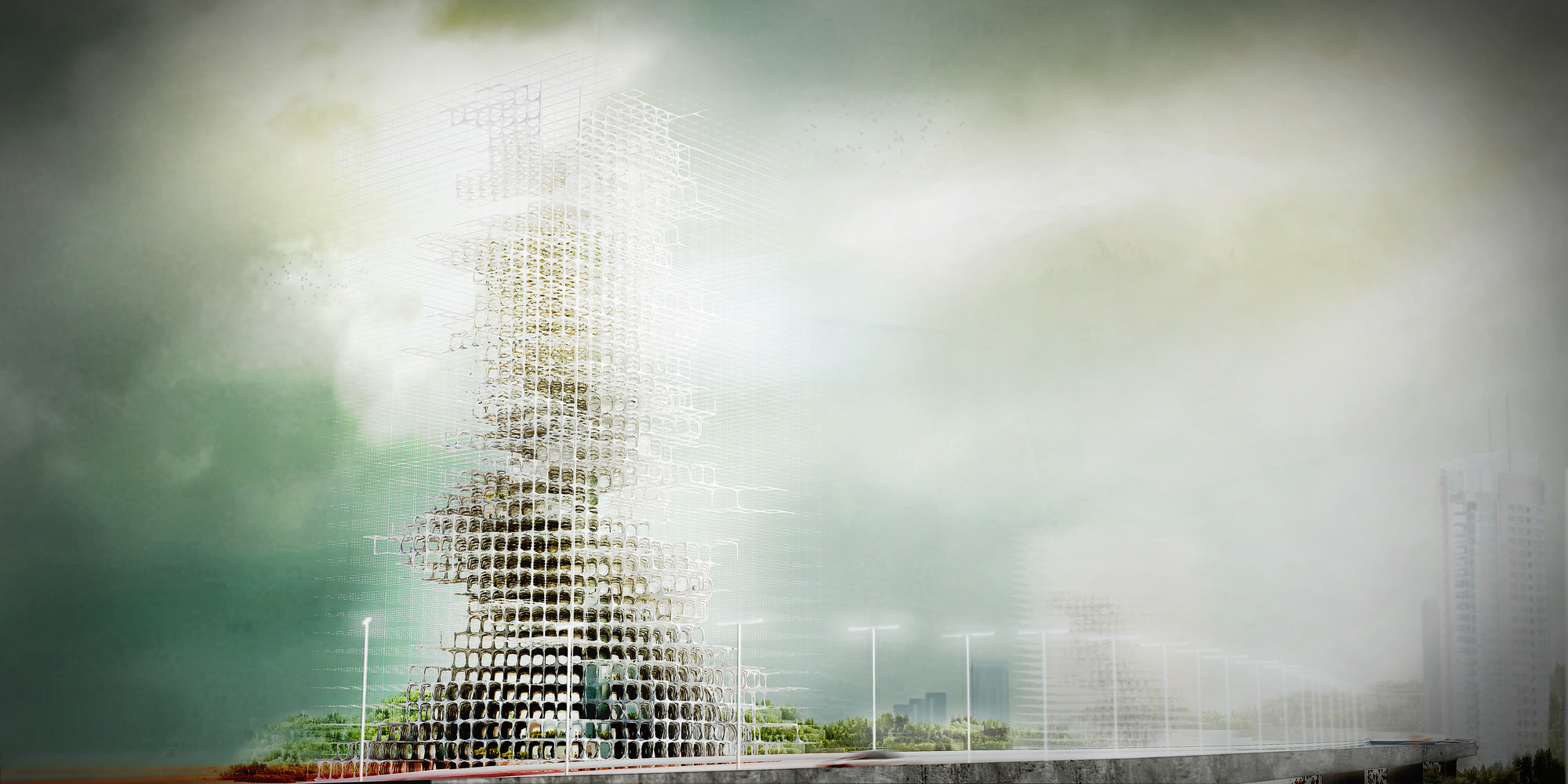 According to the designers, "existing carbon capture practices use the method of point capture, capturing carbon gases at the source, requiring a significant initial investment in additional facilities, infrastructure, and maintenance of underground storages." Moreover, they argue that the "implementation of point capture method may directly and indirectly contribute to a significant sum of greenhouse gases through construction, material production and processing, in addition to the contingencies associated with underground storage."

"Various circulation methods can be employed depending on the need, and retrofitting of circulation enables the occupation of individuals. Naturally, clusters of habitation will emerge with the circulation access at its center, with each structure able to accommodate multiple circulation access and clusters. As occupied spaces increase, varying access can be linked to form lifted streetscapes between a multiplicity of clusters. While programmatic attributions are left undefined and inherently open to occupying individuals, the open structural framework allows tetris-like stacking and up to six directions to extend existing space. The regularity of its physical form guarantees the ease and accessibility of occupation, attracting and inspiring new methods of inhabiting within the skyscraper. Given the three-dimensional freedom of occupying space, new forms of social interaction may also emerge as a result."

Unlike conventional skyscrapers which rely on steel frame and concrete casting, this skyscraper suggests a more environmentally conscious construction method, an alternative mode of occupation and ownership, and potentially a "distinct organisation of social relationships."