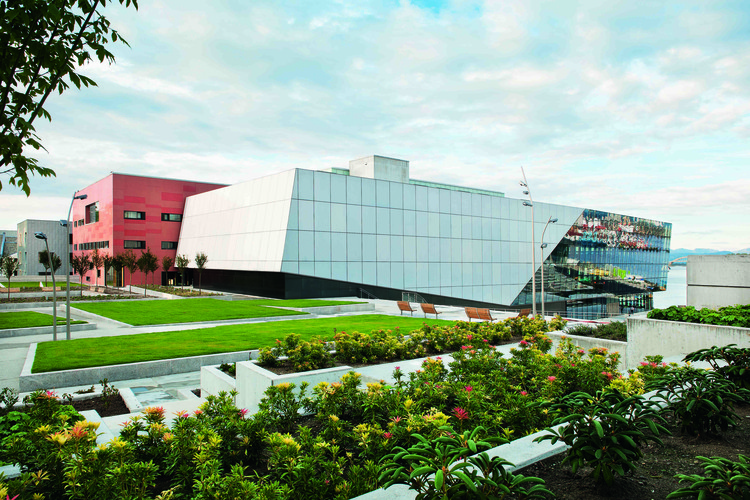 Stavanger Concert Hall was won by Ratio arkitekter AS in an open international competition in 2003, with more than 100 entries. The site is a former industrial and ferry terminal dock only five minutes’ walk from the historical center of Stavanger.

By reestablishing the terrain of the small bay, we created a large outdoor amphitheatre with all car parking below ground level. The main direction of the building was oriented toward the sea like the old warehouses in the area. Thereby the magnificent view of the harbor area, the islands and the mountain range in the east was retained. The Concert hall forms the northern wall in the plaza, protecting it from the northerly winds and catching the warming sun, so essential in these latitudes.

The program asked for two halls, more or less similar in volume, but opposite and complementary in content; one hall fine-tuned for natural acoustic, especially the local philharmonic orchestra, and one hall for multiple functions, amplified music like rock and jazz, as well as musicals, dance, congresses and banquettes.

The two halls are placed in two different boxes, side by side: The acoustic hall like a fragile instrument in a protective case of concrete; the multipurpose hall like a sturdy metal box in a glass prism. The concrete volume contains rehearsal rooms, wardrobes and offices, and the glass volume is a large open room with public areas and stunning views of the surroundings. At night the large clear glass wall visually disappears to reveal the art, the experiences and the visitors inside. The silk screened glass works as an enormous projection screen for announcements and live shows. The lobby is dominated by Jeffrey Inaba’s artwork “Skylight 2” and the illuminated mezzanine clad with maple veneer.

The orchestra hall with 1500 seats is based on the shoebox principle known from numerous classic halls. In close cooperation with the acoustician Eckhard Kahle the side balconies are moved into the hall, which gives early sound reflection but retains the large volume. The ceiling is almost 1000 square meters in area and can be raised and lowered five meters, which changes the reverberation time and makes it possible to tune the hall to the program of the evening. The hall is inspired by string instruments’ soft curves and deep wooden hue. The walls are made of warm pigmented oiled maple, and the floors are ash parquet. The stage side is dominated by a large organ (65 voices) designed in cooperation between the organ architect Ulf Oldaeus and Ratio.

The multipurpose hall may be configured like a traditional proscenium theatre with 850 seats, or with a flat floor with a maximum capacity of 1900 people, or still in a number of other configurations. It has both stage lifts and retractable seating on air cushions to ease remodeling of the space between events. The architectural inspiration for this hall is from mechanical workshops, and the hall is consciously given more character than a pure “black box”. Balcony fronts are black with galvanized stretch metal, lit by LED-lights, and walls are dark blue metal cassettes. Floors are black stained ash, and the technical equipment is a natural part of the interior.

The main principle is that coloursshould be natural, with a clear contrast between walls and floors, as well as between the two complementary building volumes. The glass lobby has light grey granite floors, exposed concrete constructional elements and grey perforated metal ceilings. The multipurpose hall is clad with almost black steel panels. The concrete is lightly grinded where the quality has not been up to standard. The closed box has dark smoked oak flooring, natural maple and white plaster on the walls. Areas for artists and administration surround the “back of house” glazed court in exposed concrete. The concrete box is clad on the outside with milled and polished red concrete.

The façade is developed together with the manufacturer of the concrete elements, and consists partially ofred granite mixed with red coloured opaque glass. The joints suggest geological processes, as if the taller upper elements are pressing the lower down by the sheer weight. Windows in the façade are placed in different depths, visualizing the thickness of the wall both from the inside and outside. The precise glued glass corners contrast the weight and strength of the concrete.

The main plaza is covered with light grey granite and the steps in the amphitheatre are made of in-situ concrete topped with wooden benches. The theatre is broken by a continuous ramp with grade 1:20, which enables wheelchairs and strollers to reach all the different levels. The exits from the subterranean parking area are given different colors and decorated with mosaics. In flat areas the space is interspersed with grass lawns and flower beds, whilst the other terraces are dominated by evergreens and climbing plants. At the waterfront in the east, the quay is broken by a rectangular bay with steps which brings the water close to the building. On the opposite side there is a small grove of cherry trees, linking the new hall to the large green park behind. 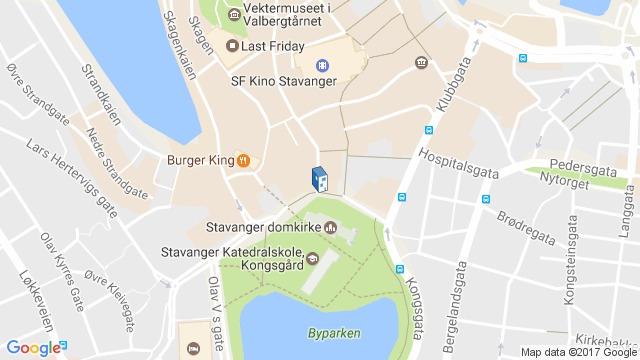 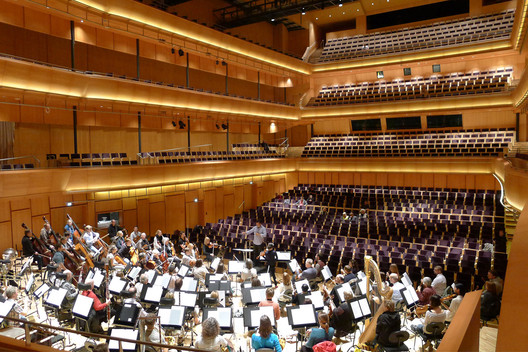