With completion in sight (May 2014), Davis Brody Bond has released detailed information on the design of the subterranean 9/11 Memorial Museum in Manhattan. Located beneath the sculptural voids that form the 9/11 Memorial, the new museum has transformed a fixed set of geometric constraints into an emotional journey that gently descends visitors 70 feet below the ground level to the original foundations of the World Trade Center towers.

“The architects of the Museum had to respond to a challenging set of physical conditions and preservation mandates,” described Alice M. Greenwald, Director of the 9/11 Memorial Museum. “But, even more importantly, they also had to consider the sanctity of the site, which required an extraordinary understanding of how authenticity of place could impact visitors’ emotions.”

Designed to “present and preserve the history and memories of the events of 9/11, while documenting the impact of the attacks and exploring their enduring significance,” the 110,000 square foot museum is first accessed from the plaza of the World Trade Center and through a glass pavilion designed by Snøhetta. Here, a small auditorium and private space for 9/11 victims’ families is provided, before visitors are guided down a gentle procession formed by “the Ribbon.”

The Ribbon was inspired by the ramp used to remove debris from the site in the aftermath of the attacks. It serves as the Museum’s main circulation, leading visitors through a contemplative experience that reveals the story of 9/11 before ultimately culminating at the bedrock level where the sheared base columns of the World Trade Center towers remain.

Throughout the decent, framed views offer a glimpse of the slurry wall, "the original retaining wall that was built to withstand the lateral forces of landfill and river, and which survived the collapse of the towers."

At the end of the Ribbon, “the descent continues down along the Vesey Street Stairs (“Survivors’ Stairs”), which were used by hundreds to escape to safety on 9/11. It ultimately leads to two exhibition spaces and Foundation Hall, the Museum’s culminating space whose sheer scale conveys the enormity of the site and reinforces awareness of the absence of what once was there.”

The two exhibition spaces are located within the footprints of the Twin Towers, directly below the Memorial’s reflecting pools. A historical exhibition gallery takes the place of the North Tower, while a memorial exhibition, education center, and excavation of the original structure occupies the space of the South Tower.

“The historic importance of the site and its symbolism made it essential for us to find a balance between the collective and the individual experience,” says Steven M. Davis, FAIA of Davis Brody Bond. “We relied on four principles to guide our work: memory, authenticity, scale and emotion, hoping to provide the most sensitive, respectful and informative experience for visitors.”

Memory: “One of the primary goals in the design was to remind people what existed on the site before 9/11. The World Trade Center towers were fixtures on the New York City skyline and part of the daily life of hundreds of thousands of people. Within the Museum, the inverted volumes of the towers bring to memory their presence in the life of the city.”

Authenticity: “Few memorials occupy the site of the events they commemorate. The Museum is located where the attacks occurred and where the recovery process began. It gives visitors a first-hand encounter with the site. The artifacts also speak to this authenticity. Ranging in scale from the monumental to intimate, they include the slurry wall, the foundations and column bases at bedrock, as well as artifacts carefully selected during the recovery.”

Scale: “The World Trade Center was enormous, as was the impact of 9/11. The scale of the original building has been preserved and contributes to the impact of the visit. Foundation Hall is a cathedral-like space, a place of meditation. It is bordered on one side by the North Tower volume and on the other by the 60-foot slurry wall. It also houses the 58-ton steel “Last Column” that was ceremoniously removed from the site on May 30, 2002, marking the official end of the nine-month Ground Zero recovery effort.”

Emotion: “How visitors will experience the Museum has been a significant consideration in its design. The design ensures that visitors, when confronting subjects of emotional intensity, includes areas that allow and promote moments of solemnity and contemplation.”

The 9/11 Memorial Museum is comprised of three basic materials - concrete, aluminum, and wood - all of which are intended to evoke “both the raw character of the site and the period of recovery, yet also provide tactile elements that are familiar and comfortable to the visitor.” 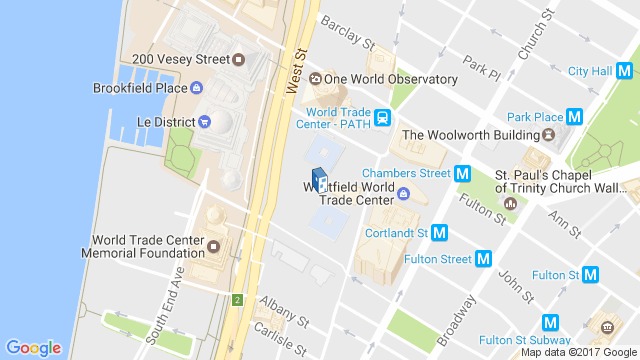 Location to be used only as a reference. It could indicate city/country but not exact address.
Share
Or
Copy
About this office
Davis Brody Bond
Office
•••