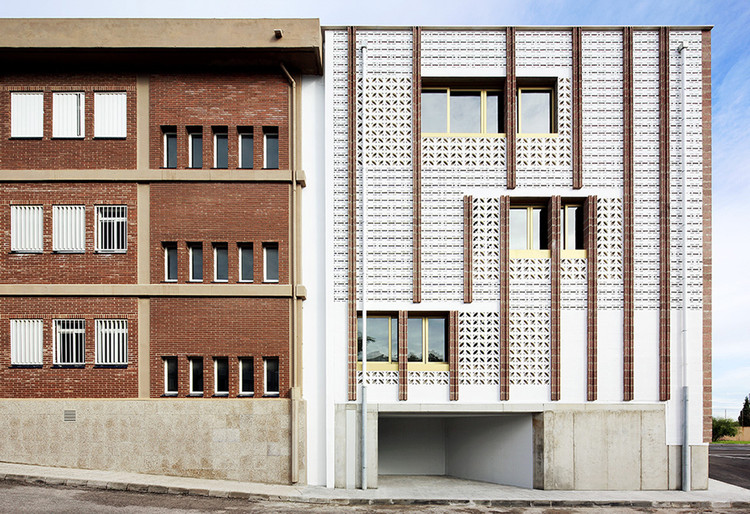 The project starts from the small scale of the material, with the premise of using the minimum possible amount of imported resources targeting two objectives, first: reduce the ecological footprint by reducing the "resource map", second: to locate the building in a context much larger than the physical, the economic and the cultural. The manufacturers of precast concrete have a large palette of materials available on the island that do not dependent on imports. Since the implementation of the concrete block as a base element of construction in Mallorca, has created a thriving industry of small manufacturers using local aggregates that produce a wide range of small pieces very characteristic of the residential developers of the '70s. It is therefore an exercise that explores the visual capabilities as well as "re-valuate" banal elements used in architecture that do not enjoy the "status" of other materials. The facade was made with "german blocks" of the company Palerm, and in their production only gravel aggregates from a local quarry have been used. The extension it can be considered as a 1:1 test of the aesthetic and structural possibilities of small precast blocks.

Several resistance tests have been made to determine the strength of the blocks that have not been used in its usual position, and when the resistance is surpassed the blocks return are placed in their traditional position. The facade has been designed as self-supporting, a cross between a ventilated façade cavity wall improving the thermal efficiency of the skin.

The high school extension is a literal translation of the exiting construction, a bold continuation with no desire for standing out in order to avoid being absorbed by the large adjacent block. It also allow us to optimize elements, using as many architectural elements and technical aspects of the existing building as the stairs, the elevator system or the central heating.

The new structure has been resolved with large span prefabricated elements in order to provide structural continuity and create flexible spaces with possibilities of redistribution. 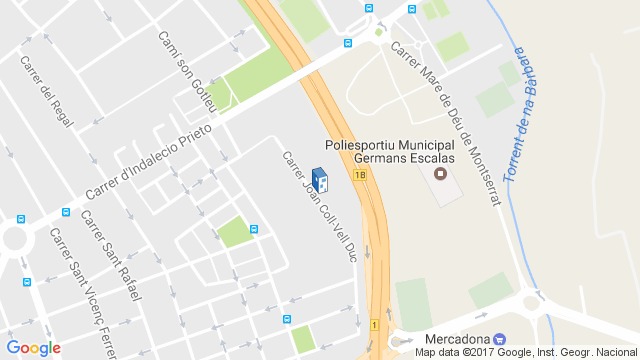