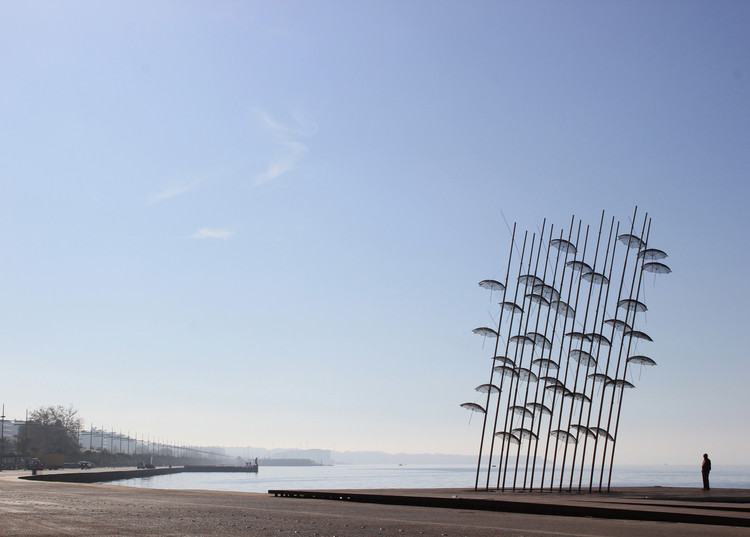 Text description provided by the architects. In 2000, the Municipality of Thessaloniki launched an International Architectural Competition for the redevelopment of the New Waterfront and in 2006 the construction of the 1st prize begun. The first part (around 75800m2) was completed in 2008 and the second part (around 163000m2) started in 2011 and was completed in 2014. The total length of the New Waterfront is 3km. There are 2.353 new trees, 118.432 new plants, 58,75 acres of green spaces and 11.557m2 of playgrounds.

The New Waterfront of Thessaloniki is a linear place with relatively limited depth and big length, a fact that gives it the characteristics of a “front”, of a thin layer, inserted on the difficult and challenging limit between land and sea, between natural and constructed landscape. The sea background of the gulf of Thessaloniki, constitutes an amazing scenery, where the ephemeral and mutable elements, create a different atmosphere each time.

For the waterfront of the New Waterfront, we distinguished two major characteristic areas, which set the principles for the basic choices of the proposal.

The breakwater: an ideal place for walking, without interruptions, without distractions. The “walker” is exposed to the light, to the open perspective, and has a continuous walk on the charming limit between two opposites: the stability of the massive breakwater – the instability and lucidity of the liquid element.

The green spaces: at the inner side of the coast, 13 green spaces were formed, as a succession of “green rooms – gardens”, each with a special thematic characteristic. The choice of this term, rooms – gardens, describes the intentions: it is about a sequence of spaces that attempt to maintain the familiar atmosphere of the private, while forming the public space. It’snotaboutbig “parks”, but “rooms” of small size that remind of the domestic gardens that existed in the area and used to reach the natural seashore, before the landfill of the coast. 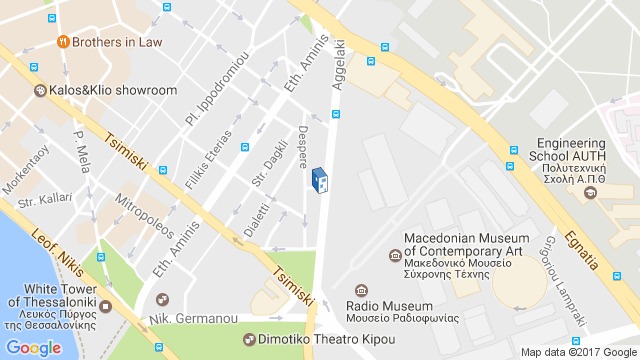