Save
The workshop behind the scenes / Eriksen Skajaa Architects 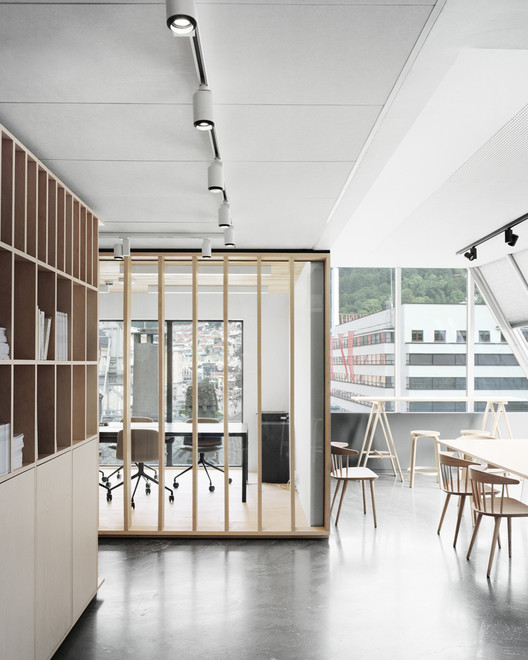 Bergen International Festival is a music and cultural festival to be held in Bergen in late May and early June each year. The festival is the largest of its kind and contains a wide range of events in music, theater, dance and visual arts at the national and international level. Concerts are held in the Grieg Hall and Haakon's Hall, in the four composer homes on Siljustøl, Trolhaugen, Lysøen and Valestrandsfossen as well as in a number of city churches, streets and squares. The first festival was held in 1953.

Concept: workshop / behind the scenes.

The festival's former premises were in an older bank building with large individual offices and for their new offices wanted open plan offices for increasingly project based work.

We have therefore prepared a project with a high degree of flexibility. The use of the premises changes during the year with a shift from planning period to the festival period in which both the activity and number of employees increases. It requires flexibility both in the workforce and in the use of the premises. We also proposed to facilitate the ability to organize small concerts and exhibitions in the new premises and that way linking the festival as an organization closer to the events they hold.

We established early some basic ideas for the premises: the festival offices imagined as workshops where the festival is made, but also the activity behind the scenes of what's happening in front of the curtain. We have focused on a production logic where it must be clear that this is a place where you make something.

Hence the element of wooden framework which can give the feeling that the project is not fully completed, and glass walls with frames and profiles hidden from the outside so that the boxes rather look like open spaces. We have otherwise had a clear Scandinavian focus on the materiality and furniture selection, while the festival wanted to stand clear in context with the Grieg Hall, Bergen Art Museums and theater.

We have drawn the plans so that the rooms have some organizing elements such as meeting rooms and the shelf-box around the stairwell. We have had a focus on keeping the lines and let the walls align with each other to create a neat and orderly plan.

On the 5th floor are two flexible rooms for different uses: offices for project jobs and dining room. On the same floor there are also two meeting rooms, rest rooms, toilets, storage, wardrobe for guests and a printer room. The dining room can both be divided with loose walls and used as a concert hall with a stage toward the stair core, or as used today with a grand piano placed at one end wall.

On the 6th floor open plan offices are roganized around another shelf-box around the stairwell. We also made two closed offices. On the floor there is also a copy rooms and a meeting room that can also serve as a place for temporary employees.

Material palette is kept very simple and consists of a polished concrete floor, black and white walls with recessed plinth and either fixed plaster ceiling or acoustic hiling with concealed edges and large formats. Many of the rooms in the premises has walls of vertical wooden frameworks of birch with glass system wall behind mounted with concealed fixing. Rooms with wooden frame work have ceiling of birch and birch flooring.

The boxes around the previous round stairwell is in birch veneer with shelves, cabinets and benches and is used as a place to make a phone call or to small meetings. The bronze bust of the festival's founder, singer Fanny Elster, also got a niche with lighting behind.

The furniture is from Design Office, Vitra, Artek, Hay and Nikari, while illumination is from Zero and Fagerhult. 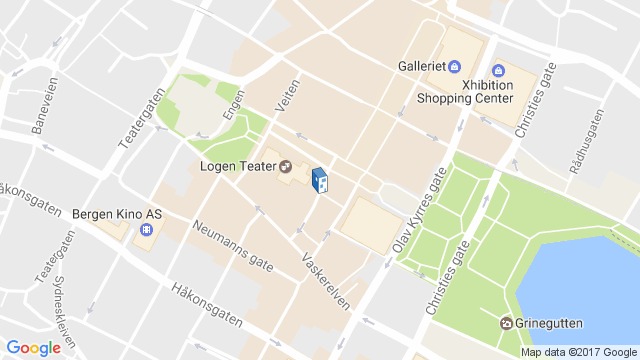