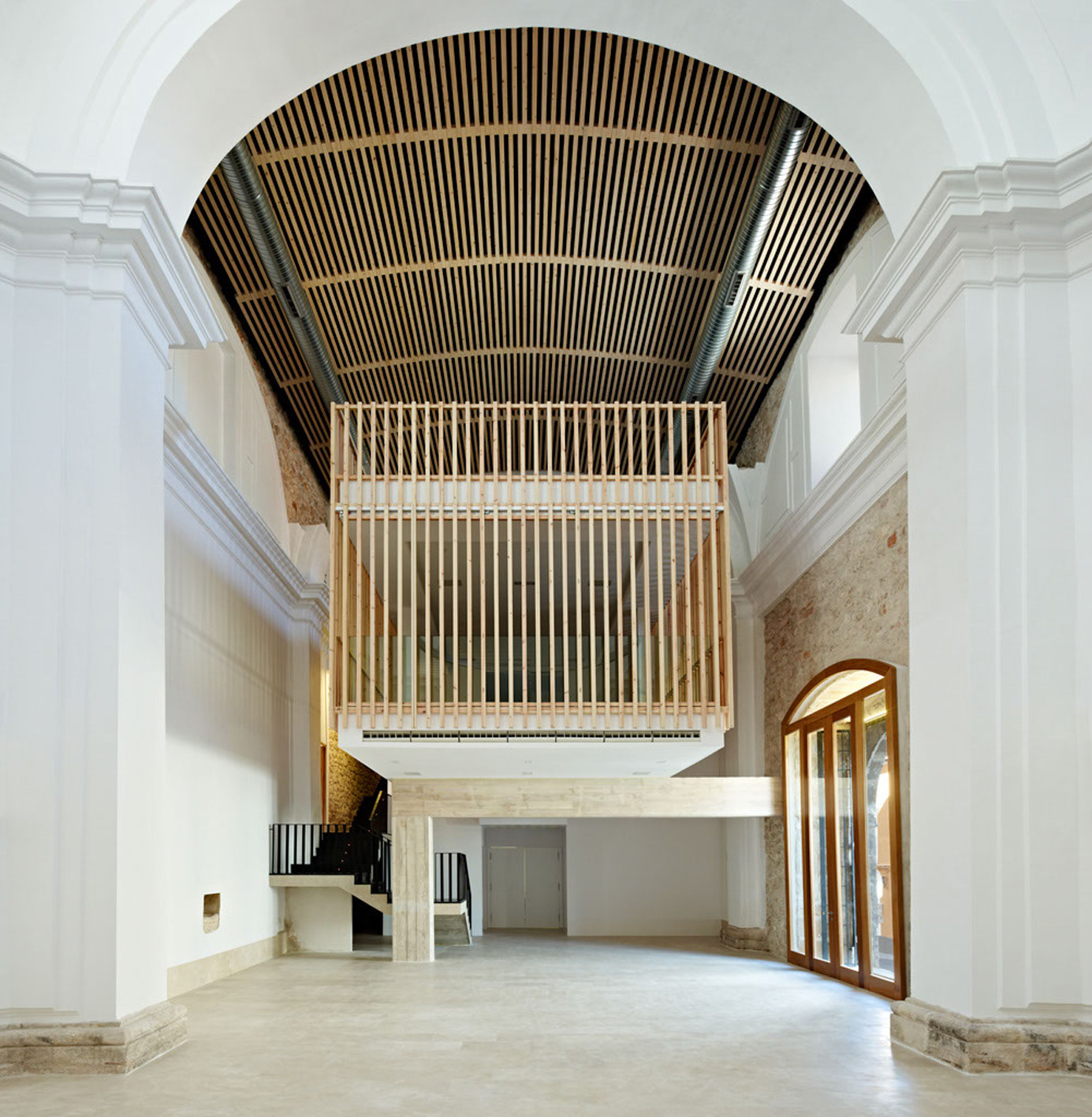 Text description provided by the architects. The chapel rehabilitation is for a new typology --a multi-purpose space for events—ranging from a formal wedding to the mellow ambiance of a yoga retreat.

The reconstruction involved resolving the complex pathologies suffered by the original structure since being abandoned in 1969.

Adam Bresnick architects studied and restored the existing architecture as well as inserting new uses. The philosophy guiding the intervention was to respect time’s passing. From the exterior the stone facades were repointed, traditional tile eaves restored and stone moldings left with their worn faults, including the original scarred Serlian entrance. In the interior 3 distinct areas are articulated.

The refurbished dome where the original space is restored, the entrance into the nave is a mix of archaeological remains and new construction cantilevered over the space, minimally touching the original.The fallen vaults that once covered this space are recalled by a new vaulted ceiling of pine slats. Plaster moldings cutout over the bare masonry of the original wall also mark the shapes of the original vaults.

The last third occupying the old choir area houses all modern uses, from the elevator allowing for handicapped access to all levels, to restrooms, kitchen, staff and storage areas. This 4-story structure is inserted within the stone walls, a skylight in the stair accentuating its conceptual separation from the original container.

The materials used are the same as the original; beige marble main floor, white paint on the plaster moldings, pine slats on the ceiling and to enclose the modern choir that floats within the volume of the nave. The creation of new uses for historical spaces, and new employment possibilities in the context of rural Spain is an outstanding contribution to European culture. The innovation of the initiative has been recognized by the FADETA (Federación de Asociaciones para el Desarrollo Territorial del Tajo-Tajuña), a local program forming part of European Union FEADER (Fonds Européen Agricole pour le Développement Rural) program. The total construction cost is 852,000€, and is privately funded. Nevertheless the quality of the intervention and its novelty has been awarded a subsidy of 200,000€ by FADETA. 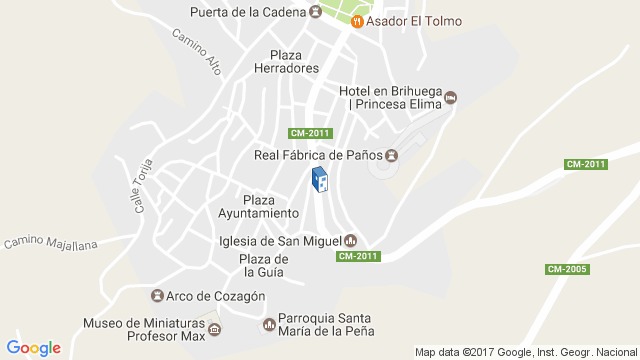 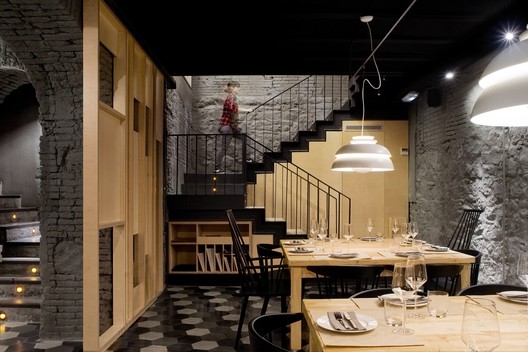