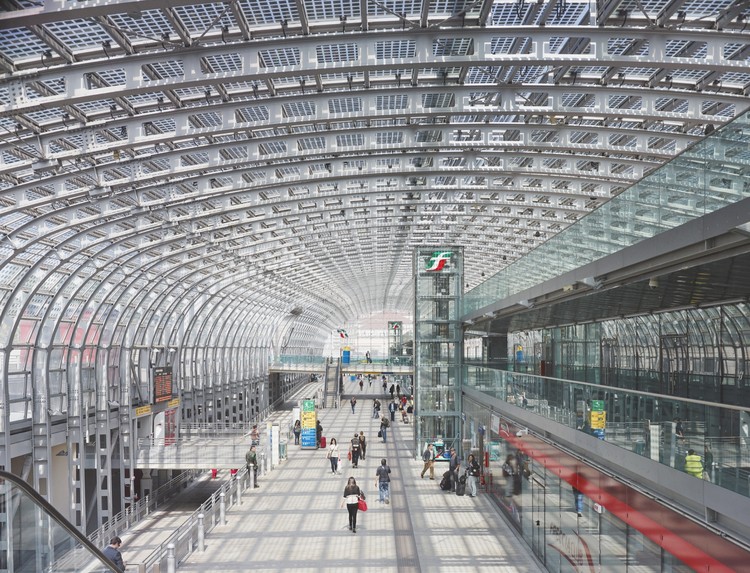 Text description provided by the architects. The design of the new Porta Susa high-speed railway station for Turin considers the urban space as a public zone, where the grand station becomes a glass gallery acting as a passage, the site of a new urbanity. The city enters the station... and the station itself becomes the city.

The station’s main volume measures 385 m in length (the length of a TGV train) and 30 m in width and varies in height with respect to the external street level. The glazed gallery serves as a modern interpretation of 19th century urban galleries and great halls of historic railway stations. The building is a symbol of movement, and speaks to the importance of inspired transport infrastructures in the contemporary city. Interestingly, at Porta Susa the trains themselves (and the rails) have disappeared beneath the station in order to make way for public amenities, part of a larger urban planning project taken on by the city that favors public space over hard urban separations.

The station is of strategic importance to the overall Italian railway network, as it is the first stop on the Paris-Rome line and is considered a main “port of entry” for trains coming from Northern Europe (Russia, for example). The different modes of transport incorporated into the station include the high-speed and regional rail networks, metro systems, buses, tramways, car parks, and two vehicle roundabouts (in addition to zones for loading and unloading). The complex is part of the long-range urban initiative of the City of Turin, mentioned above, which more specifically considers the station area of the city as the second of three “urban spines” to be targeted for new commercial, residential, and infrastructural improvements over the coming years. As a result, the station was conceived as part of a new commercial and residential zone proposing two towers – one of which is currently under construction and designed by Renzo Piano. The design of the second tower, which Silvio d’Ascia Architecture and AREP won as part of the design competition for the railway station, is currently in the design development phase and aims to include office space, condos, and hotel and public meeting amenities.

The building’s main functions are divided amongst five underground floors, with the lowest consisting of metro platforms and the upper-most providing access to street level. The rail platforms are located in-between (level 3), and are serviced by commercial zones and waiting rooms at the intermediate level (level 2, or -1). These commercial zones are housed in a rectangular band and are the only areas of the building heated and cooled by active means. The remaining levels are heated and cooled by passive ventilation strategies. The lower-most floors remain at ambient temperatures thanks to their subterranean locations; this helps passively ventilate mechanical rooms located on these levels in addition to providing a natural well of cooler air that is used to lower temperatures in the waiting areas and interior thoroughfares in summer months. The hotter air is naturally ventilated through openings in the glass gallery.

The gallery also plays an active role in keeping the interior at comfortable temperature levels, due in part to the sheer volume of its enclosure. However, its most notable advancement comes in the form of an innovative brise-soleil shading device which incorporates photovoltaic cells into the building’s skin. These cells not only generate electrical power for the structure and the city’s power grid, they also shield building users from direct sunlight. The cells aim to produce roughly 680,000 kWh per year and the building was the recipient of the 2012 Eurosolar Award for its innovative use of PV cells. In the same respect, the building won the 2013 European Steel Design Award as its metal structure was designed to harmoniously incorporate the PV cell system. 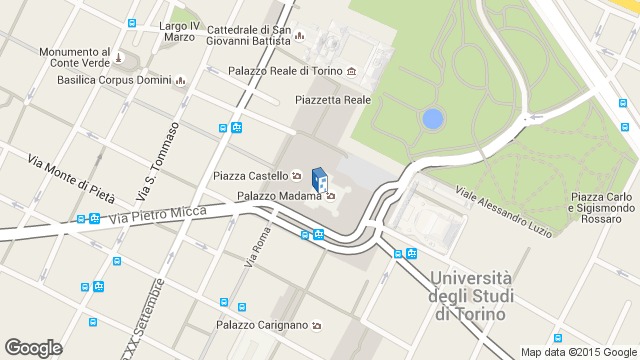