At ArchDaily, we think that Bjarke Ingels is one of the most inspiring architects practicing today. Having found success at a relatively young age, Bjarke has never shied away from embracing his YES IS MORE philosophy. His conspicuous enthusiasm for the potential of architecture and design sets him apart from his peers. And it is precisely this go-to attitude that has allowed him to overcome some of the significant limits that face many young architects today. An impressive portfolio of both built and upcoming projects shows that his approach to design, though sometimes criticized, is profoundly impacting the social environment of architecture.

On running an office, Bjarke says that “you have the opportunity and the responsibility to create the work environment that you would like to work in.” He has modeled his firm as a type of organism that is able to adapt to growth and change. In the interview, Bjarke explains that not only does his own role constantly evolve, but that the success of BIG is contingent on the invaluable contributions of his partners. BIG is more than just Bjarke.

We also asked him to define architecture (“the art and science of making sure that our cities and buildings actually fit with the way we want to live our lives”), and to give students advice about pursuing a career in architecture. Be sure to read the full interview after the break. 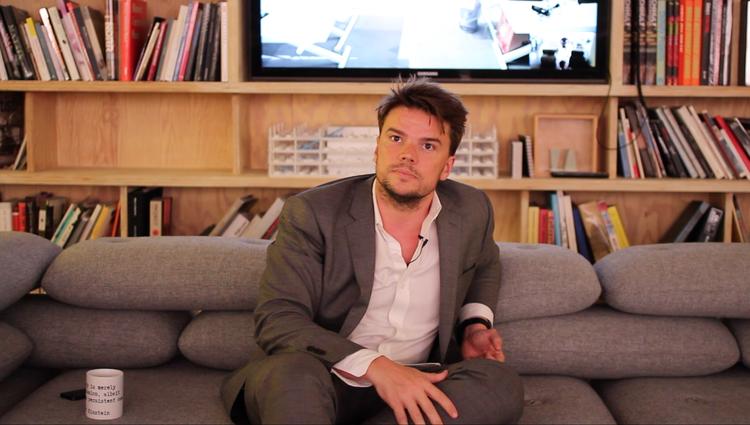 Architecture is the art and science of making sure that our cities and buildings actually fit with the way we want to live our lives: the process of manifesting our society into our physical world. Life is always evolving and as life evolves, so should our cities and buildings, so that they fit with the way that we want to live. In the really big picture, life on planet earth has evolved, in a Darwinian sense, through million of years by adapting to the surroundings. So, different life forms would evolve attributes that would allow them to occupy different eco-niches. Life always adapted to the physical environment. When we invented technology, tools and architecture, we reversed that situation and we started adapting our physical environment to life. Rather than living in a tree or living in a cave, we could build our own tree, we could build our own cave. We got the possibility and the responsibility to shape the world around life, rather than life being shaped by the world. In that sense, it's an amazing power and an amazing responsibility to be in charge of creating the world that we want to live in.  As human beings we don’t have to accept the world as it is. We can actually create the world of our dreams.

What can you tell us about leading an architecture office?

Creating an office is very much an evolutionary process. As the office evolves, your role is constantly changing. Every three months I realize that I can no longer do what I did three months ago. I have to do things differently because the office has evolved and my role in it is constantly evolving. One of the important things about creating an office is that you have the opportunity and the responsibility to create the work environment that you would like to work in. Because if you are working for someone else, you might have to put up with a certain culture or way of speaking to each other that you endure because you want the job—but it’s actually not the way you would want to be at your work. So, when you create your own office, you have the responsibility to set the tone and establish the culture and way that people talk to each other and collaborate and help each other, the way they ask for favors and the way they give out favors to their colleagues.

I think that establishing the culture and the environment is incredibly important. Also, you’re going to be spending a lot of time in your office, so if you don’t enjoy it it’s going to be hell. I’ve always been very conscious about what I like doing and where I think my skills are the strongest. I’ve tried to establish an office that allows me to always have my dream job. For instance, back in the days of PLOT, when we won our first commission, a circular swimming pool, I didn’t have the experience to be the project leader of a construction project. I wanted to be the project designer, and I also wanted to keep doing competitions to expand the office. So, we hired a guy named Finn Nørkjær, who is now one of my partners in the Copenhagen office. He is 10 years older than I am and he was the project leader for that project. So even though I was his boss as a designer, in his team, he was responsible for making the project. Even though, traditionally, you might have said, “OK, this is my office. I’m going to be the project leader,” I actually knew that I didn’t want to be the project leader. I wanted to be the designer.  So I hired someone with more experience than me to fulfill a role that I wasn’t mature enough or interested in.

I think I’ve done that ever since. In the end I’m left with having the job I do the best and I am constantly creating positions or helping people create their own positions to make sure that the office really becomes more like an organism where everybody has their favorite role in that organism.

What advice would you give to someone who wants to study architecture?

Just like in science, architecture is a hypothetical deductive experimentation. You use your thinking to analyze and suggest and build up a conceptual framework. And when you can’t reach any higher, you can make an intuitive jump, a guess. You can suggest things and test them. But the higher you build before you jump, the higher you can reach.