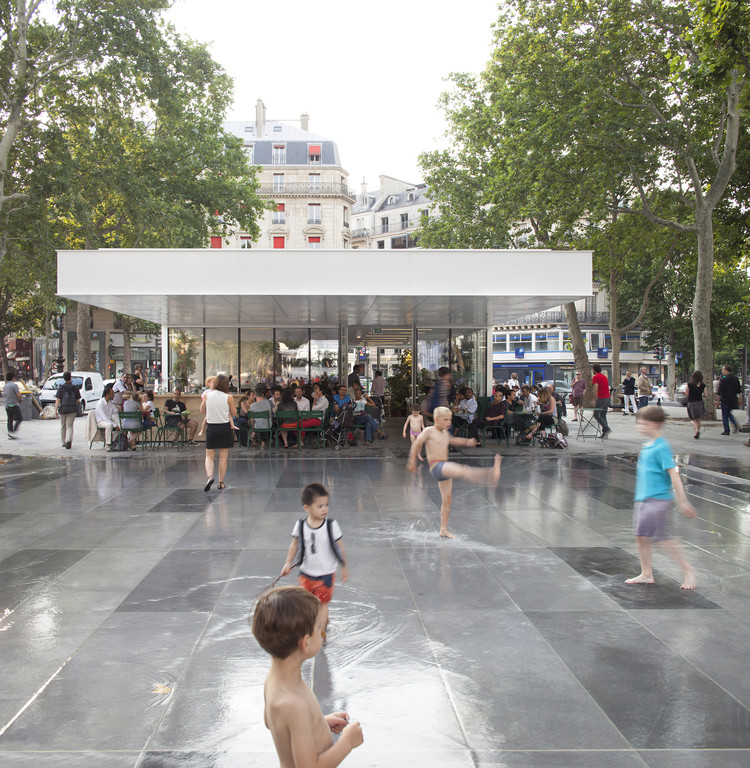 Text description provided by the architects. TVK hand over the redevelopment of the Place de la République, inaugurated by the mayor of Paris on June 2013. Due to its exceptional size (120m by nearly 300m), its symbolic dimension as a representative public statement and its location in the city, the Place de la République occupies a special place in the international hub that is Paris. The redevelopment of the Place de la République is based on the concept of an open space with multiple urban uses. The elimination of the traffic circle frees the site from the dominating constraint of motor vehicle traffic. The creation of the concourse marks the return of calm in an airy, uncluttered two hectare space. The new square, now skirted by motor traffic, creates a large-scale landscape and becomes an urban resource, available and adaptable for different uses. Clear connections with the large boulevards promote a new balance centered on soft transport for pedestrians, cyclists and public transport. The statue of Marianne, the reflective pool, the pavilion and the rows of the trees form a strong axis. This harmony is amplified by the serene balance of the mineral element and a very gentle slope of 1%. All these elements contribute to both the interpretation of unitary materials in a perennial and contemporary manner and multiple explorations (colours, water, lights) creating different urban ambiances. The Place de la République is now the largest pedestrian square in Paris.

The south-west part of the square houses a 162 m² pavilion, a unique building, glazed throughout to retain a continuous impression of this singular space. The pavilion was conceived and designed by TVK Architectes Urbanistes. It’s interior layout has been designed by NP2F architectes…’

The articulation of public and pedestrian areas

Abandoning the traffic circle model The redevelopment of the Place de la République is based on a decision to create the largest possible public pedestrian area. Paris was in need of an exceptionally large and versatile public place, like an open field in the heart of the city, a feature found in many other large cities. Also, it was essential to move away from the traffic circle model. Functional & environmental dissymetry Two-fold dissymetry, both functional and environmental, is used along the long axis of the square to blend it into the general urban setting. Motor traffic has been reorganised. It now runs along the southern edge and two smaller sides of the square only. Now that the traffic runs in both directions and the pavements have been widened, the road is much more similar to the large Parisian boulevards. Unity and balance The Place de la République is also open to varied groups participating in a very wide range of activities. The aim of the project was to cater for these users by changing the balance between the roadway and the concourse. The most important challenge was to reunify and harmonise the attributes of a city with those of a local neighbourhood. 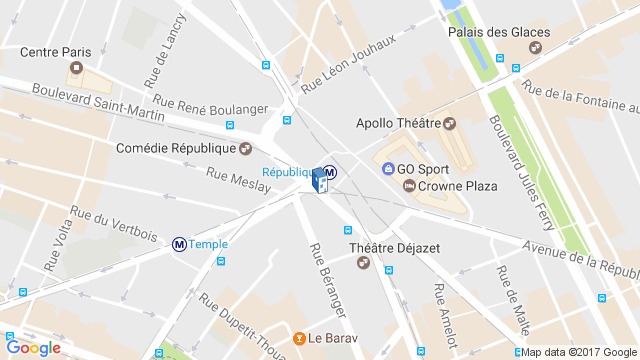