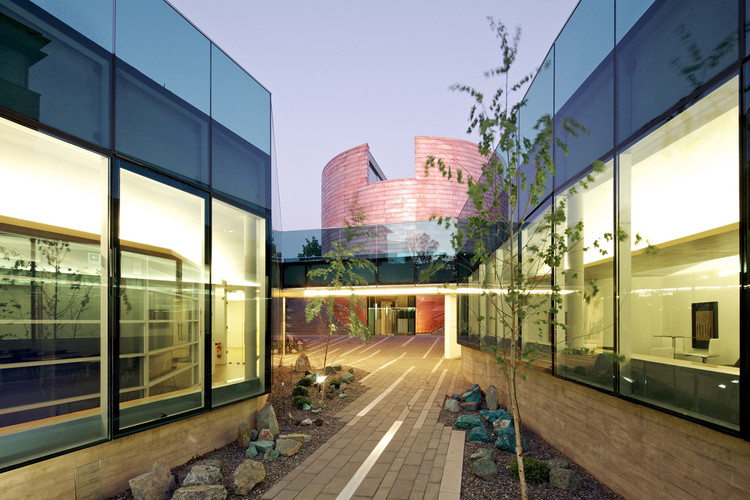 It was decided to build a Mining Centre in the Engineering department of the Catholic University of Chile, in the San Joaquin Campus. The site faces the wide Vicuña Mackenna Avenue where the elevated metro systems runs through. The initial assignment considered a volume of 6 floors with classrooms, professor rooms, auditorium and a small mining museum. We designed a type of constructed “rock” (option 1).

However, the solution seemed insignificant given the large size of the avenue, the powerful presence of the elevated Metro station and the tall neighbouring buildings. We thus proposed another option: that the programme filter through the annexed buildings to a below ground level. As such, the areas above the buildings were given to the students as green spaces. Along the length there was a “crack” providing light and air to the programme. This crack ended on a small hill that housed the museum and the larger auditorium (option 2). This proposal was attractive given that it increased the green areas, which is exactly the issue that has humanized and given coherence to the campus. Additionally, the green cover offered approximately 25% in energy savings.

However, the latter option was objected given that there was no “building” to evidence the new construction. We thus offered a third alternative that maintained the “crack” but replaced the hill with a long building with columns as a conclusion (option 3). This solution was approved.

Later there was a change in the authorities of the Department, which also changed the programs. Certain activities where replaced by an Auditorium and a Faculty Club. Thus, an option 4 was elaborated. This option was also buried under ground creating a “T”, leaving visible only a copper cylinder that serves as an access and visual reference of the complex.

The Centre incorporates a green roof cover and other items of energy efficiency. The offices and classrooms walls, which are next to the earth, generate a thermal ambience of high standards, with low cooling and heating energy demands. 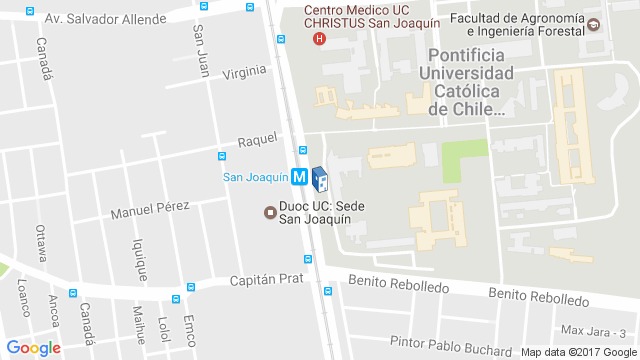 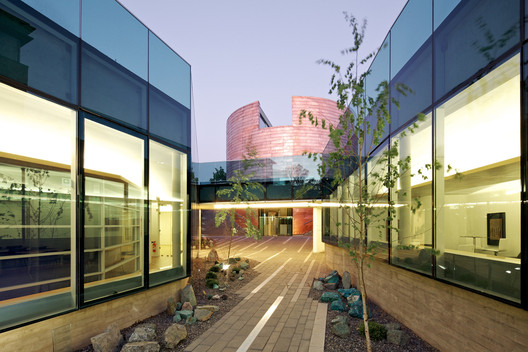