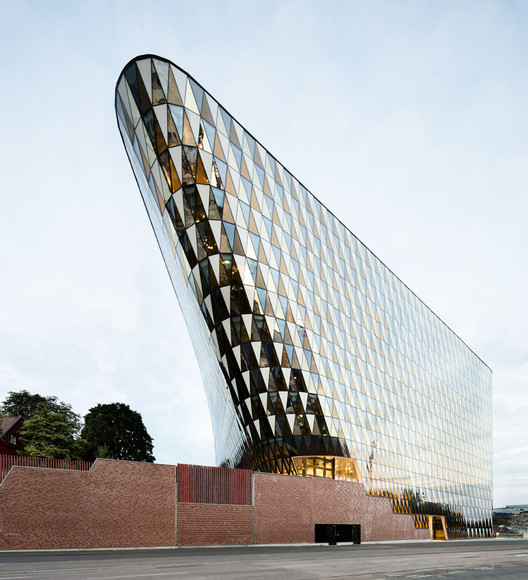 Text description provided by the architects. Strange enough, no large auditorium was built at Karolinska Institutet when its campus was created in the 1940’s. Yes, there were intentions, but the medical university expanded in numbers as well as ranking without any possibility to assemble neither students nor scientists in large numbers. In the beginning of the new millennia, a donation finally made it possible to complete the compound with the venue it needed so long.

An auditorium at a university, or aula to use the word of the classical languages, goes beyond the task of a lecture hall. Its ceremonial roots in the church and the architectonic heredity in the theatre, makes the aula today’s secular society’s most solemn and ritual space. It is not only a tribute to science and education, but also a site for strong collective experiences.

The significance of the aula both for academia and for the society at large, calls for a protrude setting in the city. That is why the project for an aula at Karolinska Institutet moved from a remote site behind existing buildings to the exposed location where it is being built today. Wingårdhs’ involvement began with a proposal in an invited competition in 2001. The entry was selected for further development, and as the site later altered, the client’s choice of architect remained.

The new location for the building is congenial with its position in the academic society as well as in the emerging cityscape. The building protrudes over the intersection between Solnavägen, a thoroughfare that is about to be transformed into an urban street, and the pedestrian axis that will connect the university with the extensive hospital currently under construction next by. The proximity to its large complex called for an expressive form, and discussions with the antiquary authorities created a clarifying distinction to a listed building nearby.

These geometries – the street 5,5 meter below the crossing pedestrian axis and the V-shaped auditorium – denominated the plan. The urban pattern called for a building that treated the street with the same respect as the main entrance toward the walkway. If Solnavägen shall be a street with a human presence in the future, entrances close to the pavement are of crucial importance.

If the relation to the city is guided by a wish to adapt to an urban pattern, the plan of the building is generated by the auditorium. For a large aula of today, where lectures with images and performances on the stage demand good sightlines and acoustics to each and every seat,the V-shaped seating have proved to be the most efficient. It has not always been like that. The shape of the hall has changed by changing objectives. For KI, we believed that an arrangement where the speaker and the audience could meet on an equal basis, mirrored the academic society of today best. That is also why the level of the auditorium entrance is equal with the stage, as well as with the middle section of the dividable plenum. An auditorium at Nobel Center shall be equally accessible, but differences in size and mood may call for a different plan. The optimal solution is never static.

Daylight, efficiency and energy consumption (the aula has reached the “silver” level of sustainability) have been some of the key criteria when planning the aula, but the most visual statement will always be the inclined façade.

The twisted elevation is made entirely of flat glass panes; a geometry made possible by the triangular pattern that encloses the entire building. A variation of different panes handles the demands for insulation, transparency as well as shade without compromising the uniform character. In the interior, the wooden framework is as striking as the geometry. An ambition to provide a “Nordic” atmosphere to the setting, have called for an extensive use of fir in structures as well as surfaces.

The 1000-seat auditorium dominates the building that also hosts facilities for administration and a faculty club. These are located on top of the hall, which was made possible thru large trusses. The entire structure stands on three legs, located together with stairs and elevators in each corner. The retracted supports have enabled uninterrupted spaces indoor as well as continuity in the outer form. Variation will arise from shifts in light, as architecture always has. 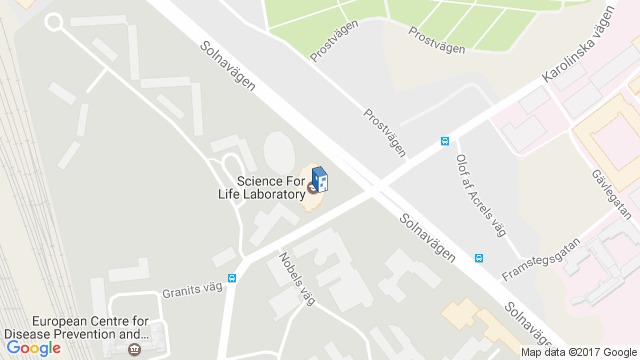