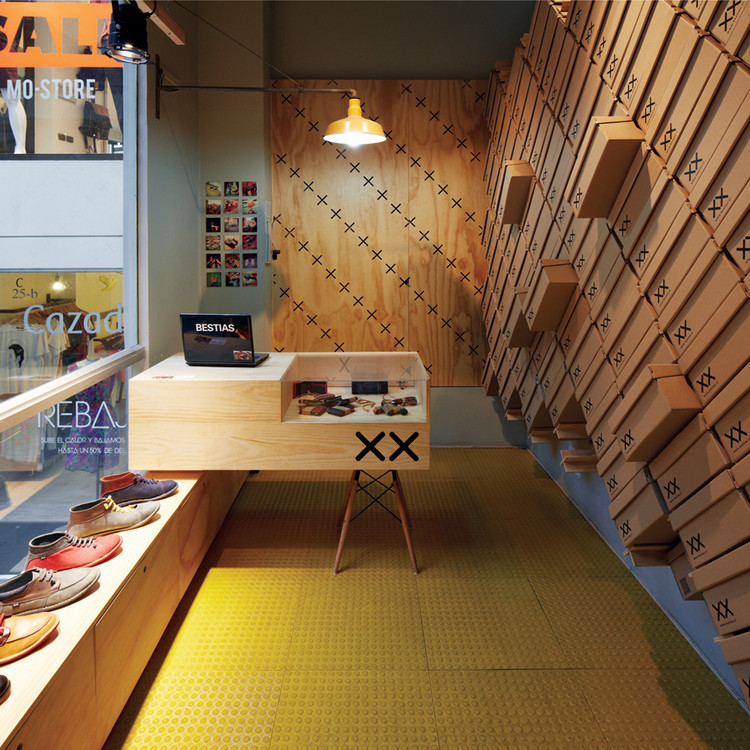 Text description provided by the architects. Bestias XX can be summarized in two constrains: quantitative and qualitative. On one hand, 12 sqm has to hold at least 380 shoeboxes, 2 employees and 3 potential customers. On the other hand this quantitative restriction must be the image of the shop.

As a result space restrictions, from the beginning of the design process the project was treated as combined need for storage space and a strong image. Therefore, we decided that the shoeboxes would define the shop image. To achieve this, 140 wooden X’s were built and inserted into six 18 mm plywood sheets over a perforated grill at 45 degree defined by the size of the box (33x13cm).

The plywood sheets are hung from the store’s perimeter walls. Since the store is located in a corner of an urban shopping centre in Santiago, the boxes mounted on the X’s create an exterior façade. The X- shaped perforations and supports are generated from the store’s logo: Bestias XX

Given the project’s short construction time and it restricted budget it was decided to minimize the use of conventional manual labour and instead of what would traditionally be called  “building” a store we decided to “manufacture” the shop. The store was “mass-produced” mostly using two types of plywood sheets (one used to obtain the X’s) that were cut using a CNC router, thus reducing the cutting time to one day. The rest was only a matter of assembling and mounting.

From the construction of the 6 panels that contains the perforations and the X’s, the structure was assembled by the clients themselves in 12 hours of uninterrupted work. 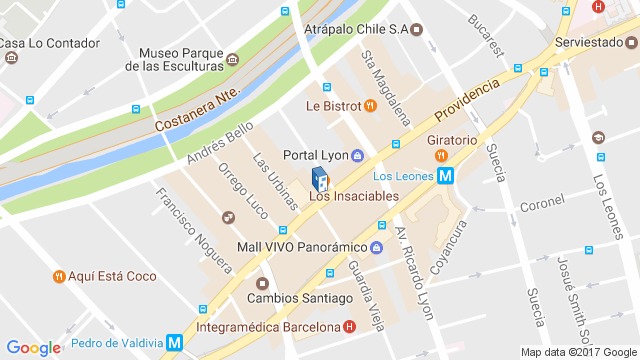